The evolving role of Apple Stores in a services era 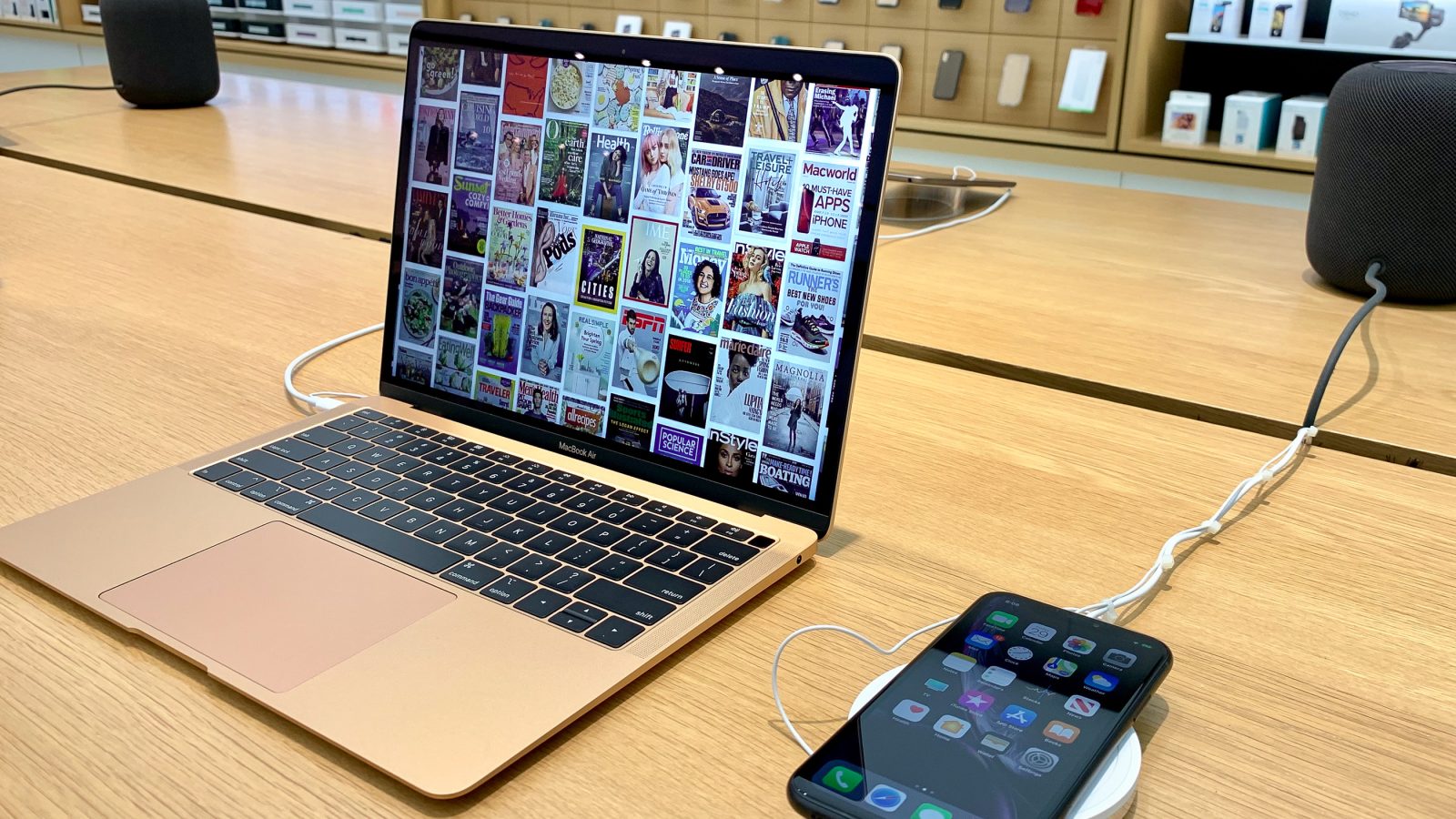 How do you educate customers about digital services in a store built to display physical products? This is one of the challenges Apple’s retail teams will face as the company rolls out a new portfolio of subscription services designed to complement its hardware lineup. If Apple’s content strategy finds favor with customers, last week’s keynote announcements have the potential to significantly transform today’s retail experience.

Services aren’t new to Apple. Since the earliest days of its retail stores, products like iTools and later MobileMe, iCloud, and Apple Music have been marketed to customers by store employees and through software demos. But as services become all-encompassing and command a greater share of Apple’s revenue, digital merchandising will need to evolve.

This tried-and-true strategy is an easy win to drive customer awareness, and the same template is recyclable to highlight Apple TV+, Apple Arcade, and Apple Card in the future. But the one-dimensional experience of a software demo is no longer enough. Time and attention are stretched thin. Subscription fatigue threatens to disenchant potential customers. 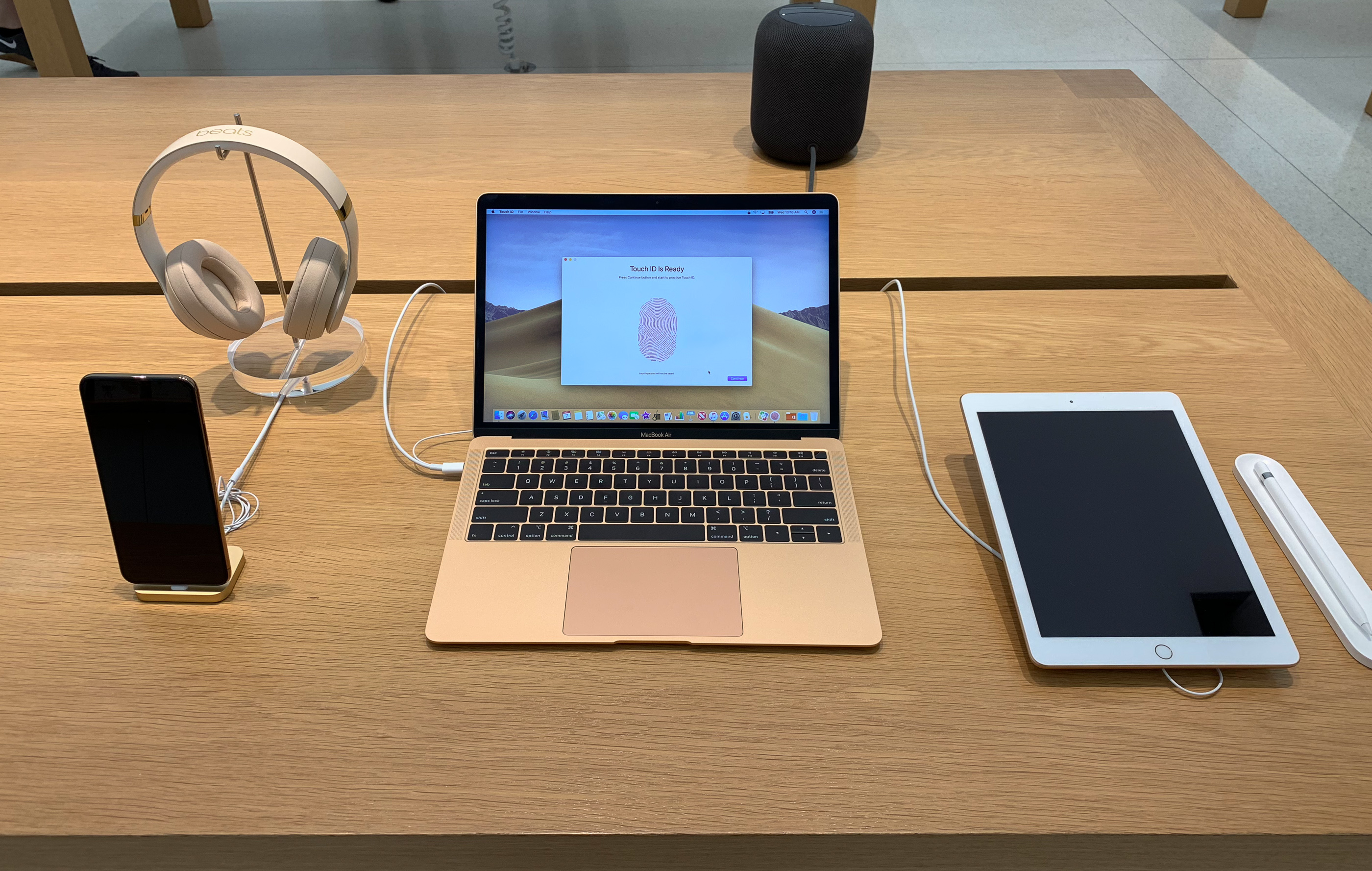 Apple Stores today are largely comprised of tables filled with multiple models of a single product, like a row of iPhone XR colors or an assortment of MacBooks. In real life, these products are seldom used in a vacuum. With services, part of your subscription value is derived from the ubiquity of content across all of your devices.

To help underscore this point, Continuity tables focusing on individual services may become more important later this year. Currently, a small portion of tables are designated to display a mix of products — like an iPhone, iPad, and Beats headphones — and highlight how well they work together as an iCloud-backed ecosystem. What better way to demonstrate the consistency of Apple TV+ or Apple Arcade on every device than to show Apple’s full product line in harmony? This is a tactile experience you can’t achieve online, and in busy stores it’s self-explanatory in a way that isolated devices are not. 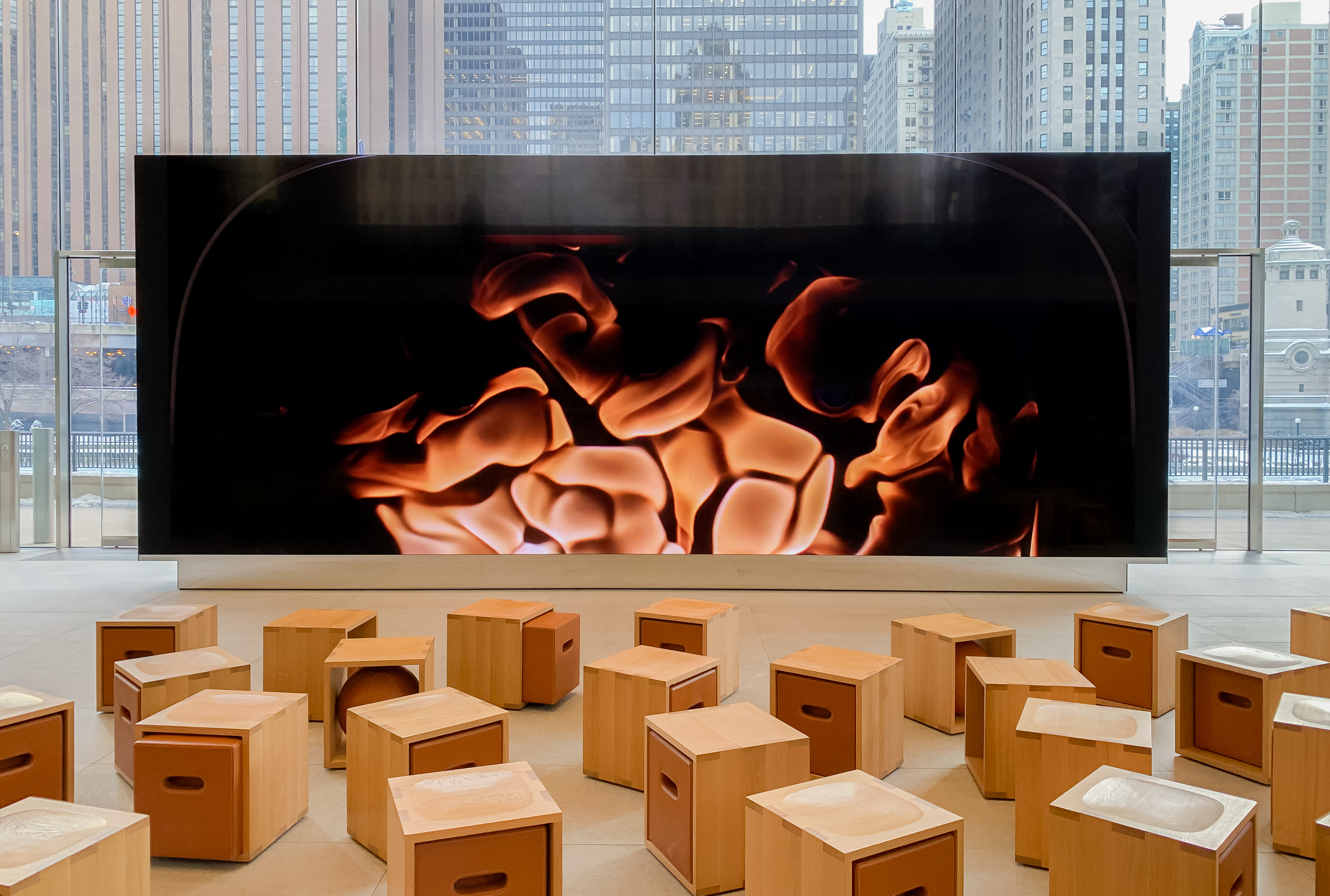 Modernized merchandising is just one small way that services can be given equal footing to hardware. Events and in-person experiences tell the story of Apple’s content better than software ever can. Spotlighting the artistry, creative work, and values fueling the teams behind publications, shows, and games on Apple services can differentiate these newly formed platforms from established competitors that boast larger libraries.

Today at Apple — Apple’s series of free creative and educational in-store sessions — has always aspired to create an audience for local talent by featuring performances and events hosted by creative professionals. Until now, these sessions have largely focused on the personal projects and pursuits of the artists hosting them. With the launch of Apple Arcade and Apple TV+, Apple could leverage the in-store platform it’s already created to spotlight work that creatives are building exclusively for Apple services. 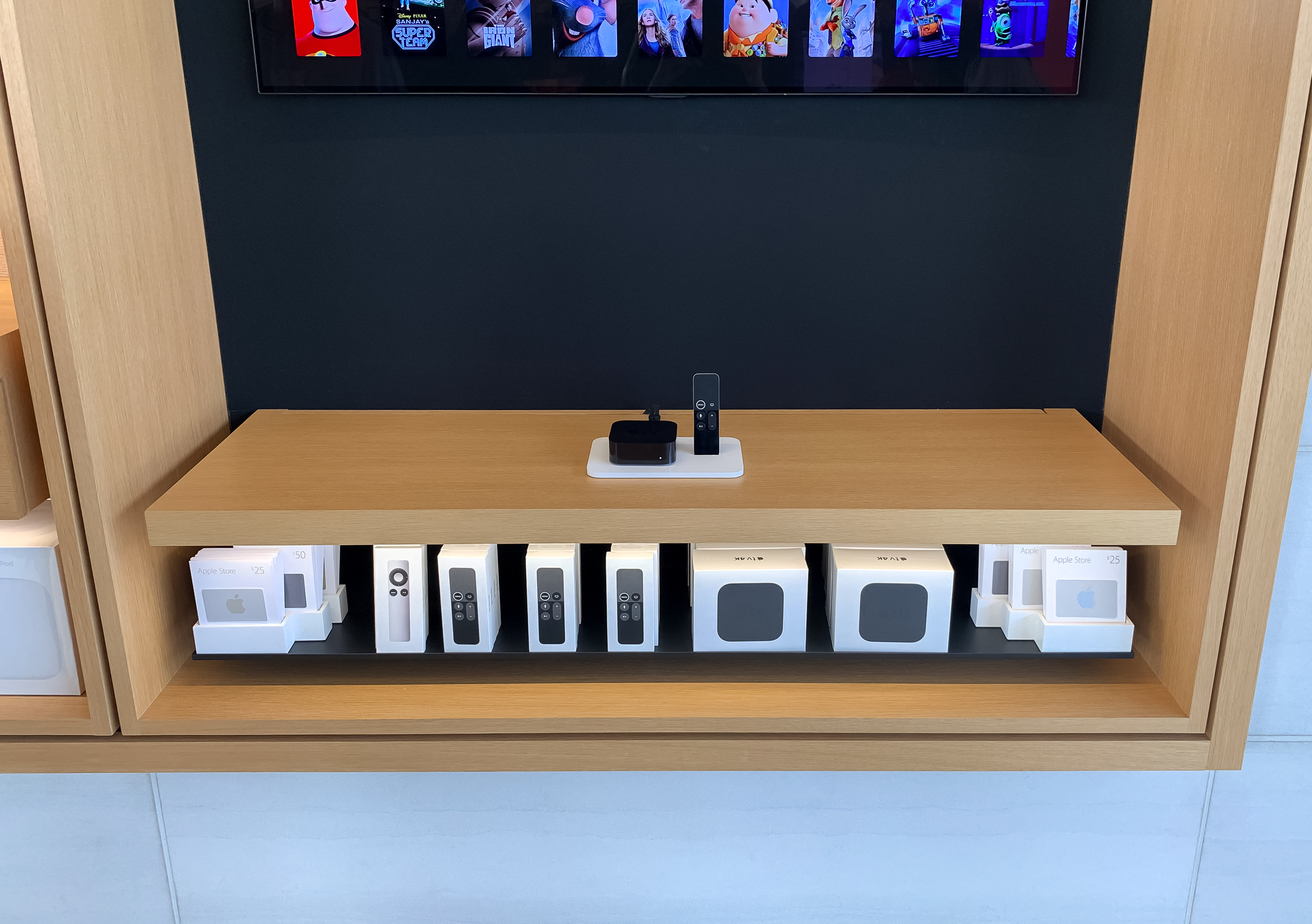 Imagine an Apple Arcade gaming tournament held on your local store’s video wall followed by a Q&A session with the game developers themselves. Journalists and photographers publishing on Apple News+ could share insights gained from reporting in far-flung regions of the world. The stars and producers of your favorite Apple TV+ shows could offer an exclusive behind-the-scenes look at their creative process, or even premiere a new season in-store before its streaming debut.

Promotional events would be a win-win for Apple and for customers. The ethos of Today at Apple remains intact while the unique content Apple is backing gets an attention boost. In return, session attendees get free access to top talent previously confined to Hollywood, newsrooms, and production houses. These rich offline experiences align with Apple’s idea of the modern retail environment and the value of storytelling projected at March’s special event. 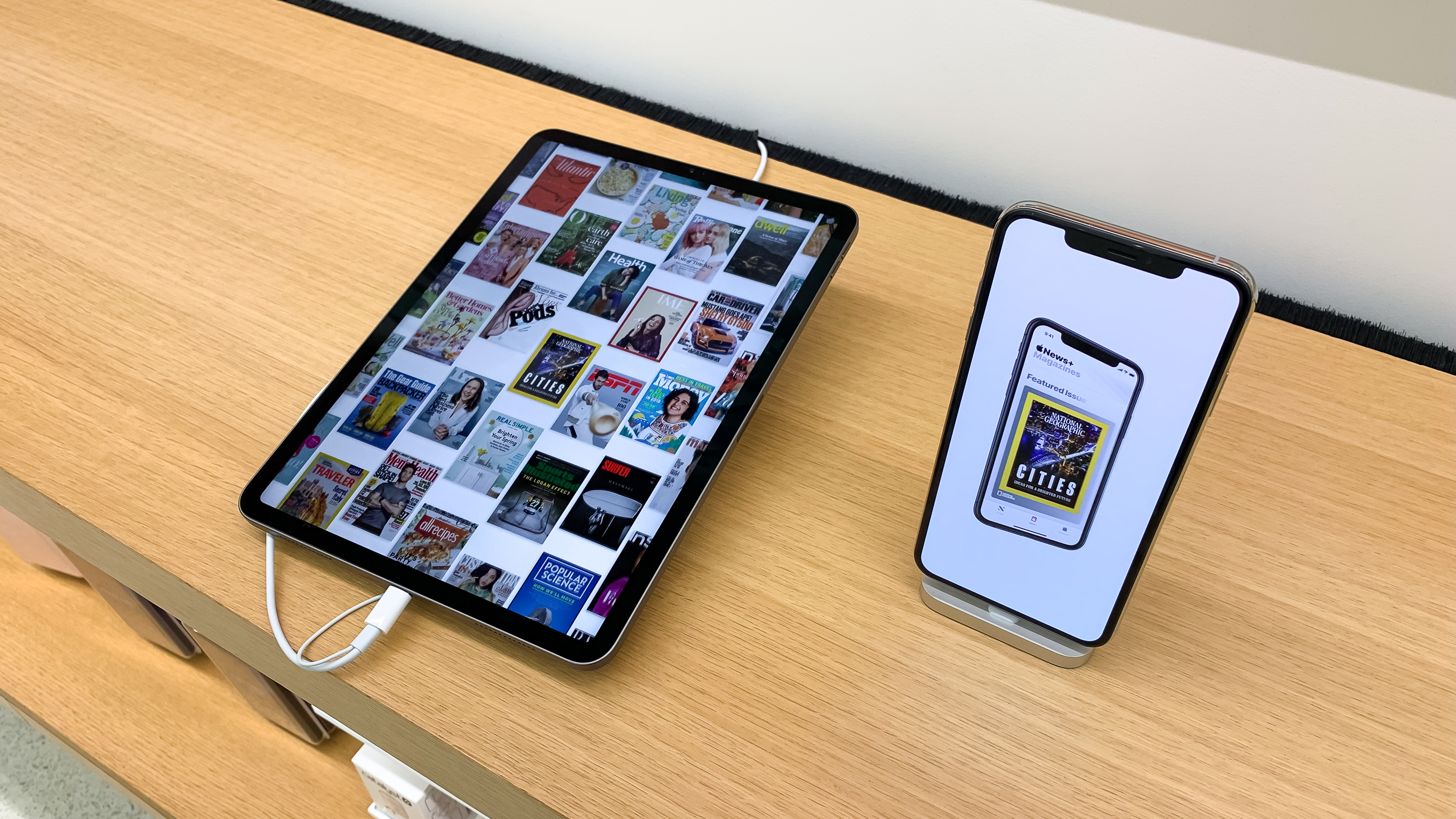 If executed gracefully, Apple’s services transition won’t come at the detriment of its physical store experience. Aggressive sales tactics, heavy-handed subscription marketing, and spammy promotional offers may boost subscriber numbers in the short-term, but will leave a bad taste in the mouths of loyal fans. By focusing on content and creativity over the container it’s packaged in, Apple can stay true to its core values and win favor in the eyes of a new generation of customers.