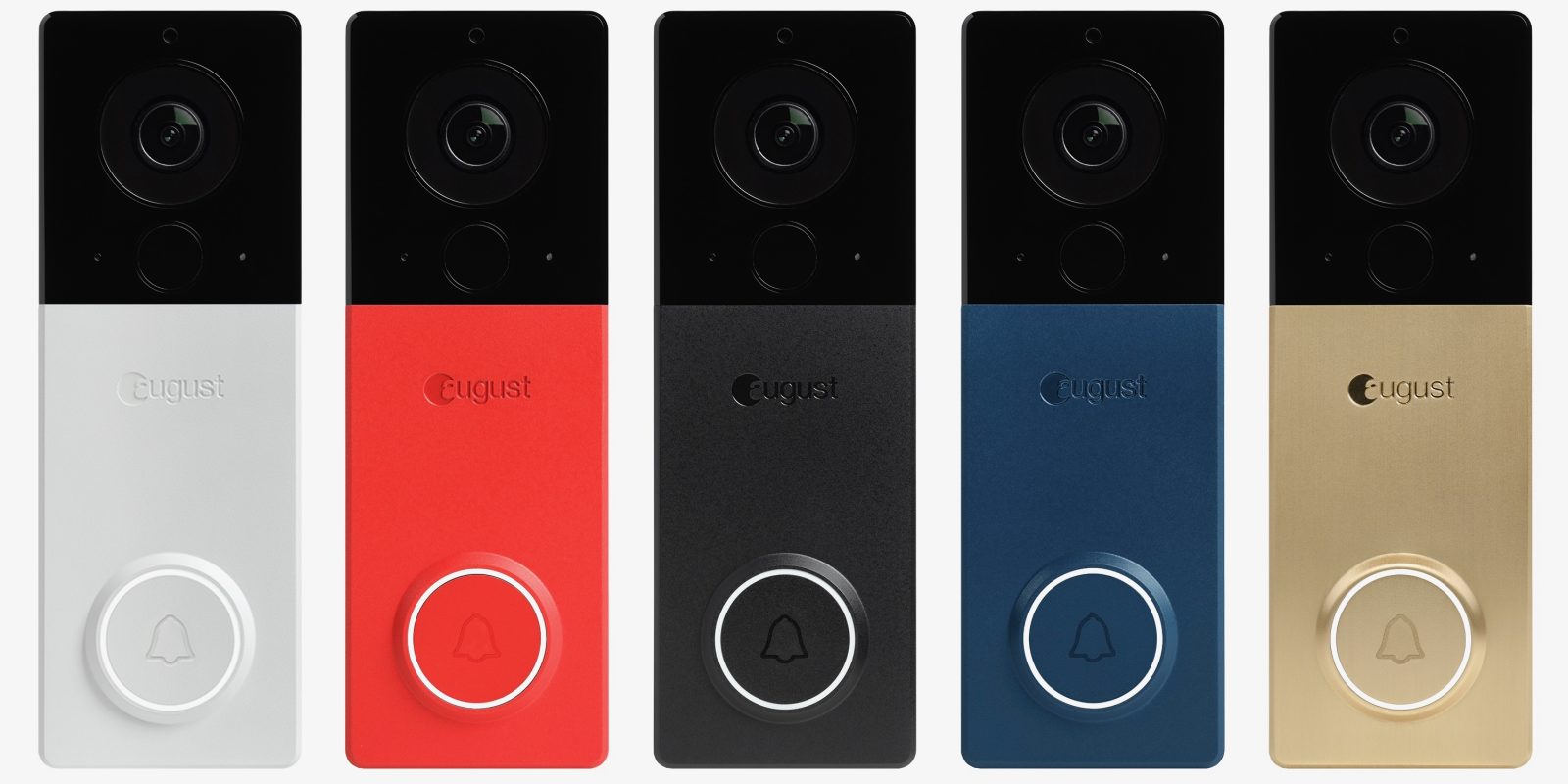 After seeing a sneak peek of the new August View video doorbell back in January, the smart home company has officially unveiled the new product today. The wire-free View comes with a rechargeable battery, interchangeable faceplates, 1440p resolution, and more.

Update 4/9: After just a bit of a delay, the August View video doorbell is now officially available. The company is currently selling the black model with space gray faceplate, while the interchangeable colored faceplates start from $14.

August View is available direct from August, as well as Best Buy and Amazon for $230.

August also detailed its subscription plans ranging from free to $5/month for the View in an announcement post:

Arriving with a totally new design compared to the company’s existing Doorbell Cam series, August’s View features a sleek rectangular form factor that users can customize with a variety of faceplates. Out of the box, View comes with a black faceplate (appears to be more like space gray) and other plastic options include: red, white, and blue. Metal faceplates include: satin nickel, oil-rubbed bronze, and matte brass.

The August View takes the best features from earlier generation August Doorbell Cams, enhances them, and fits them into a slim wire-free design that is powered by a swappable, rechargeable battery. Given its slim profile, the doorbell camera is compatible with almost every entryway. Its best-in-class sensor provides 1440p resolution (providing 33% more pixels than full 1080p HD) to stream crisp, realistic video of a customer’s doorstep directly to their phone.

As for HomeKit, Alexa, and Google Assistant, August says View should arrive with support for Amazon and Google’s platforms, but they “continue to work with Apple to explore integration opportunities with our doorbell cameras.”

August touts View as easy to install and the battery can be recharged via the included Micro-USB cable.

As customers have come to expect with August products, installation is simple and completely DIY. The August View is an all-in-one solution that is ready to use out of the box and includes the video doorbell, wireless chime, rechargeable battery, Micro-USB cable, and free August app.

August View is set to go on sale on March 28th priced at $230. It will be available direct from August and other retailers.