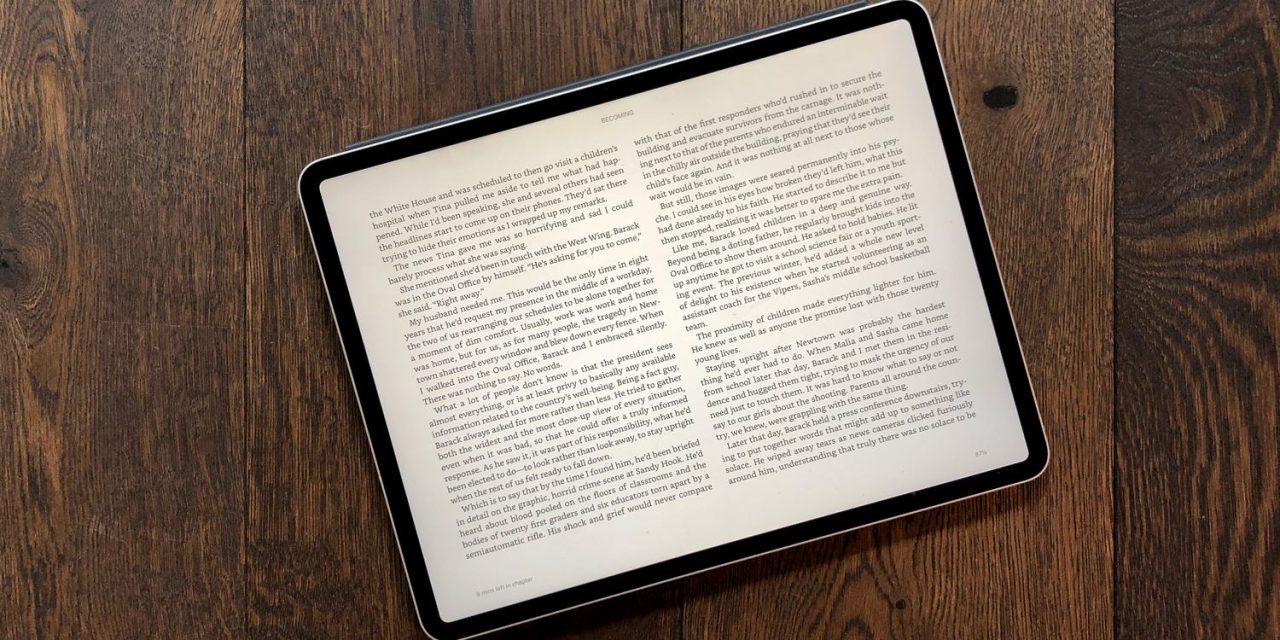 It will surprise no-one that I was an early adopter of the Kindle, buying one almost the moment they went on sale back in 2007. I was doing a lot of business travel at a time, and absolutely loved the ability to carry a whole load of books with me at all times in essentially zero space.

My Kindle went literally everywhere with me, whether it was across town or to the other side of the world. That changed, however, when the first iPad came out …

I did initially carry both iPad and Kindle, but after a while it felt kind of redundant to carry two tablet-style devices when I could instead read books on my iPad. I switched to using my iPad as my ebook reader, something I’ve done ever since.

However, it did always feel like a compromise. The Kindle was much lighter, and easier to read in sunlight. On the other hand, the iPad was better at night, enabling me to read in bed in the dark without disturbing my partner.

When the Kindle Paperwhite came out, however, that addressed the biggest weakness of the device, and I did very briefly consider getting one. I decided in the end that my original decision was still valid – it was silly to carry two devices – but I must say that I still glanced enviously in their direction when I saw someone using one. The simplicity and lightweight form factor were very appealing, and I did find it required something of an effort to resist temptation when visiting Amazon.

The new 12.9-inch iPad Pro has, however, cured that envy! I recently found myself sat close to someone in a coffee shop. We were both reading, they on their Kindle Paperwhite, me in the Kindle app on my iPad. And I realised that the 12.9-inch iPad is the better experience.

The screen is better, the bezels are far smaller and – most importantly – the two-page layout on the iPad is just so much more pleasant. It feels much more like a paper book, and the Kindle screen feels cramped in comparison.

So that’s one gadget from which I’m now officially safe.