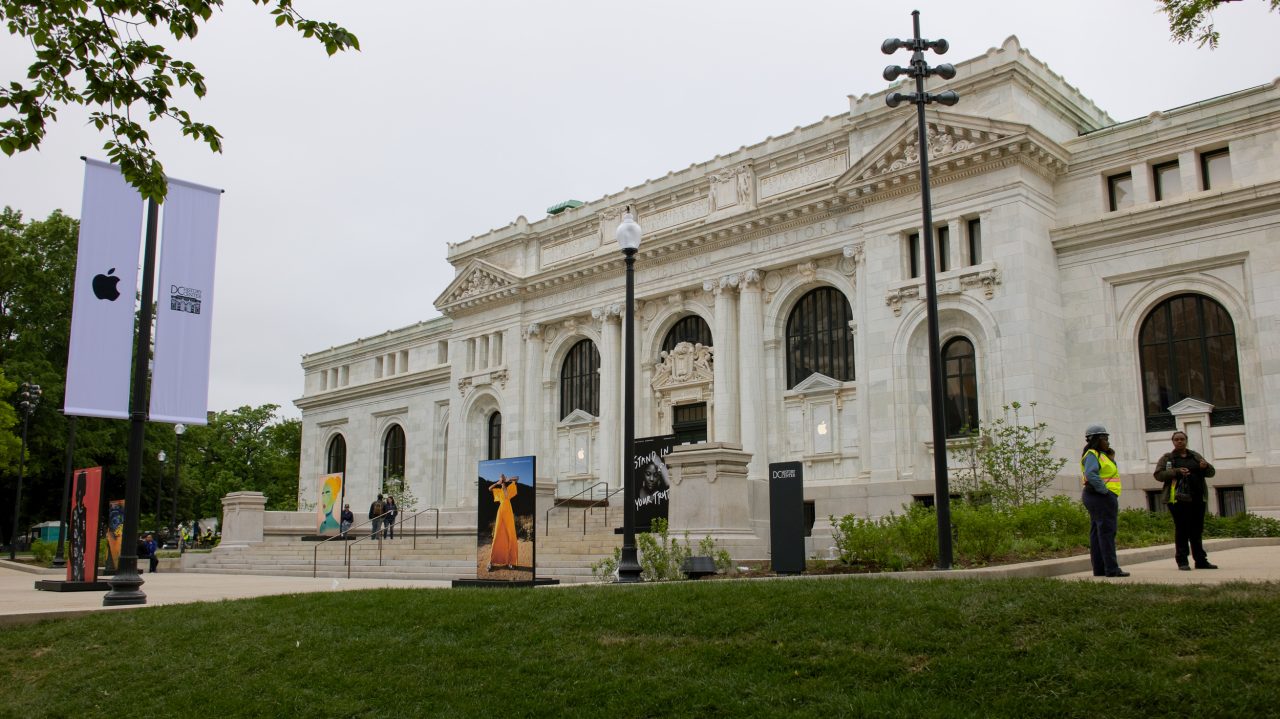 Following an official grand opening announcement this morning, Apple has begun promoting its landmark new store in Washington, D.C.’s historic Carnegie Library. Overnight, Apple logos were uncovered and the carefully restored building in the center of Mount Vernon Square was decorated with signage announcing the May 11th opening of both Apple’s global flagship site and the DC History Center.

9to5Mac reader and designer Alexander Fusté stopped by Apple Carnegie Library to photograph the completed library and celebratory artwork decorating the surrounding square. In front of the building, large freestanding panels have been carefully arranged to feature artwork from some of the 40 creators Apple has partnered with for six weeks of exclusive Today at Apple sessions called the StoryMakers Festival.

The library’s south entrance is flanked by two marble panels with small backlit Apple logos. These panels were fabricated to match the existing structure’s materials and maintain tasteful branding. Around the store, Mount Vernon Square’s landscaping has been redesigned with new paths and a variety of plant life including Chinese Elm trees. 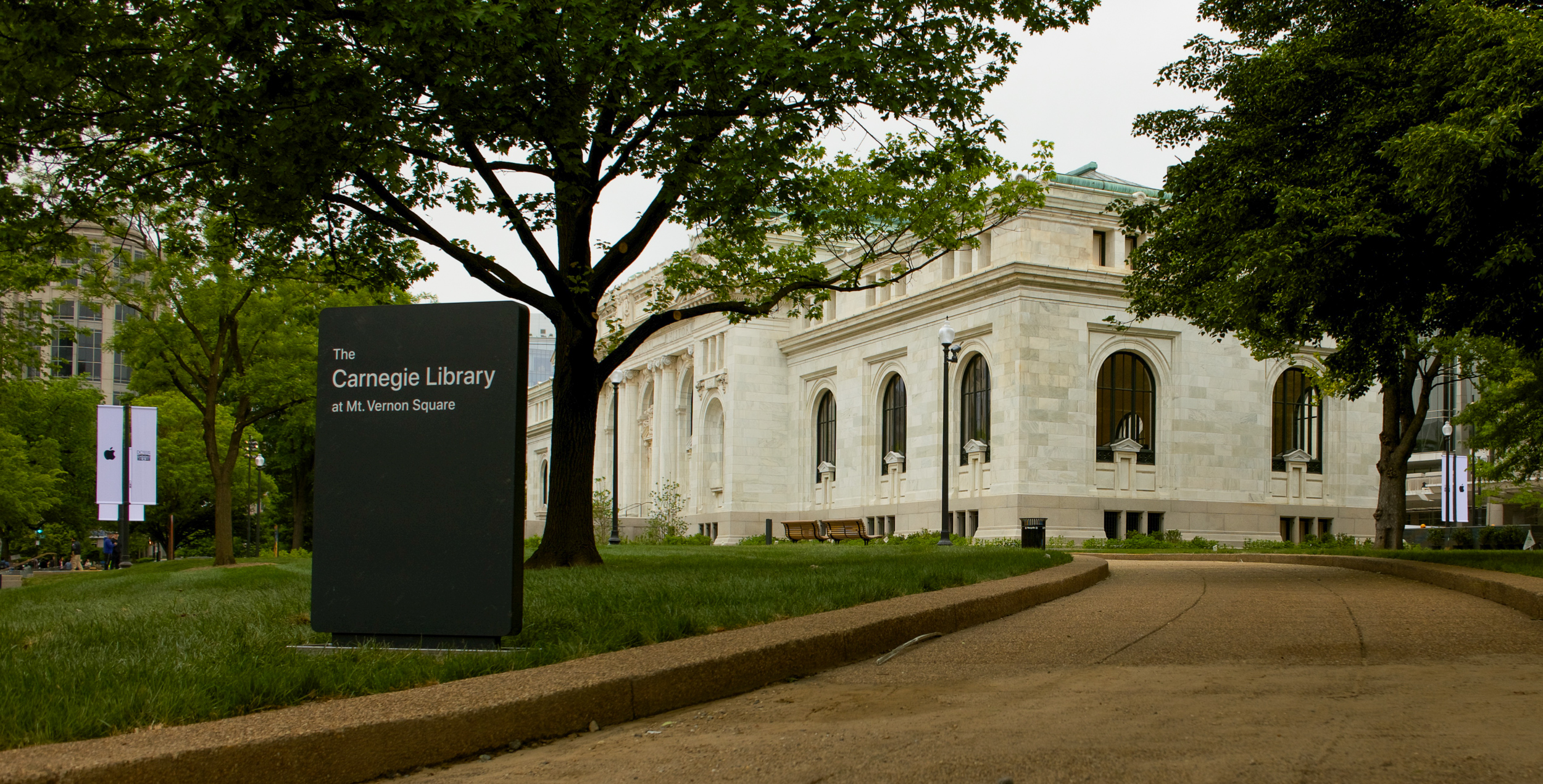 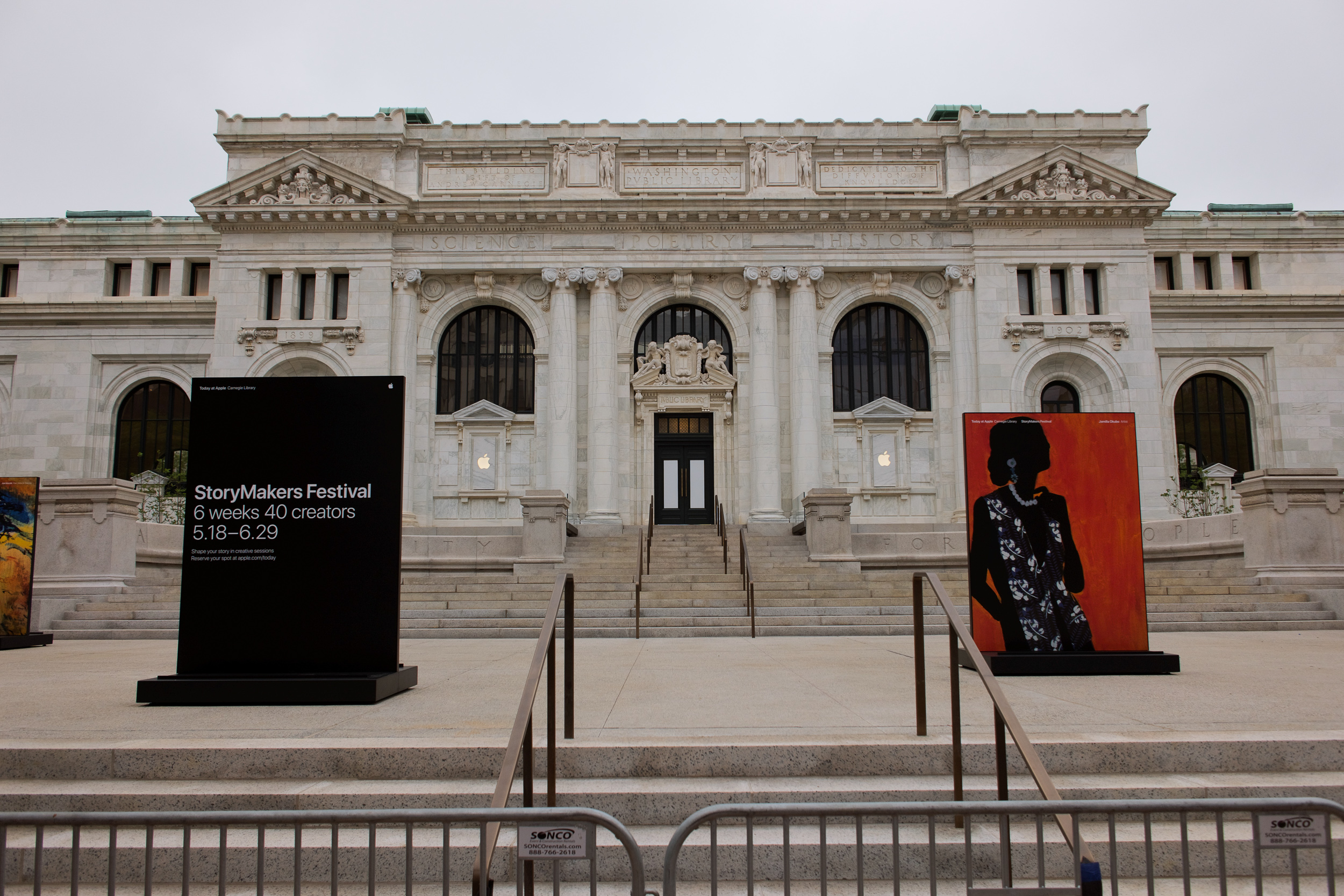 Lamppost banners highlighting Apple and the new DC History Center carry around the square to the building’s north entrance, which faces the Walter E. Washington Convention Center. An illuminated Apple logo is mounted over the entryway. Up against the sidewalk, Apple has constructed a long temporary wall painted white and covered with the text “Together, let’s create the next chapter.” Each letter of the sentence is stylized with a different artistic font. 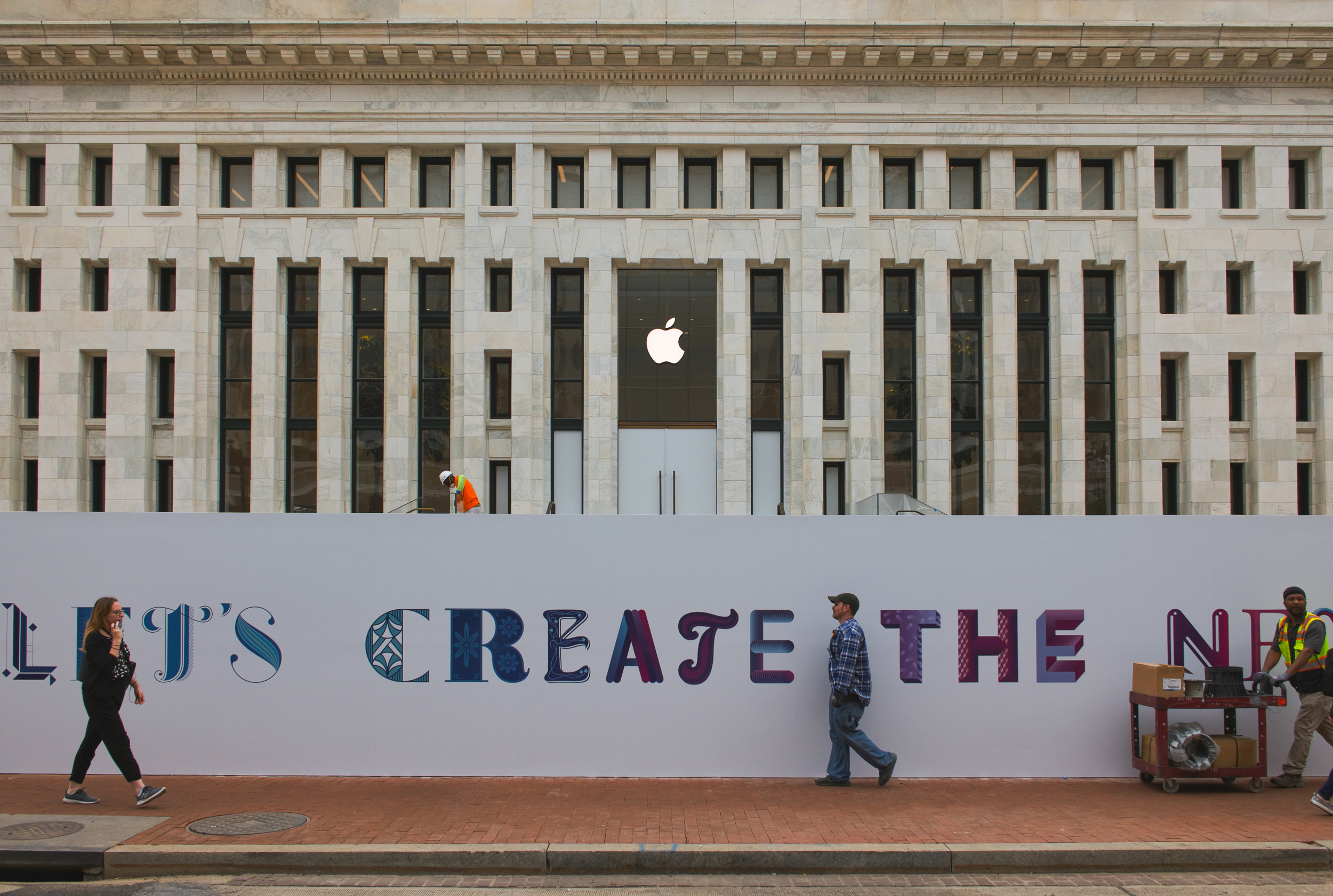 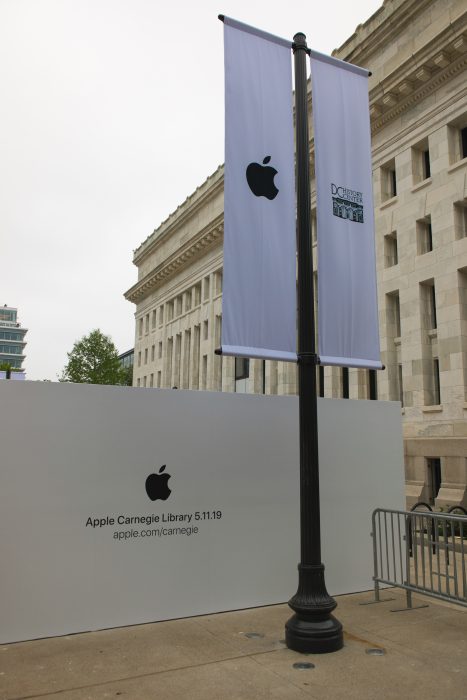 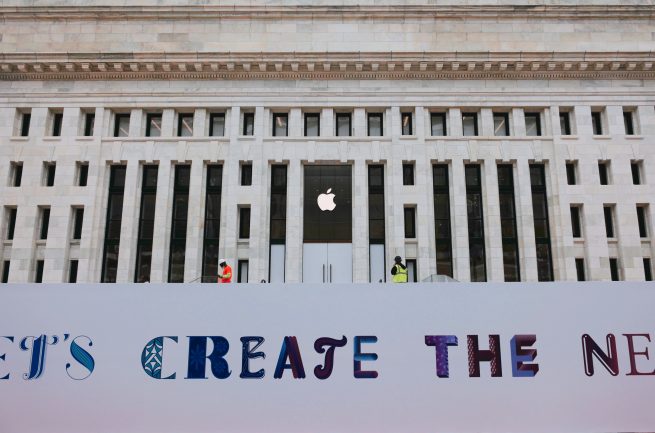 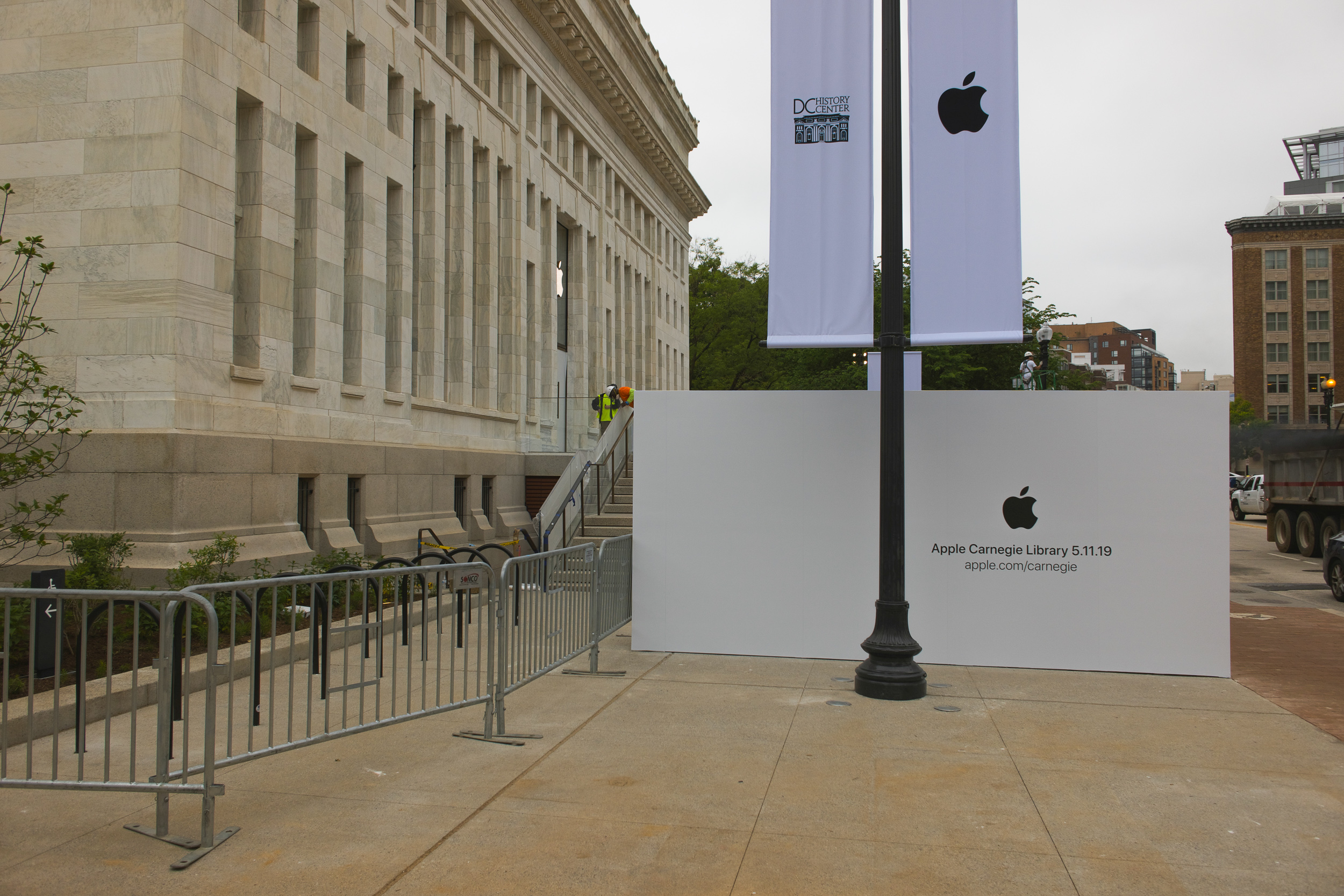 In addition to offering premiere opportunities for community performances, education programs, and exclusive Today at Apple sessions, the DC History Center inside the Carnegie Library will attract visitors to a revitalized Mount Vernon Square with permanent and rotating exhibits, research facilities, and archive storage. One of the exhibits, The Carnegie Gallery, will explore the history of the library building and its architecture. Historical Society of Washington, D.C. executive director John Suau noted, “We’re making sure we’re not just preserving historical documents but also making sure things are available way in the future.” 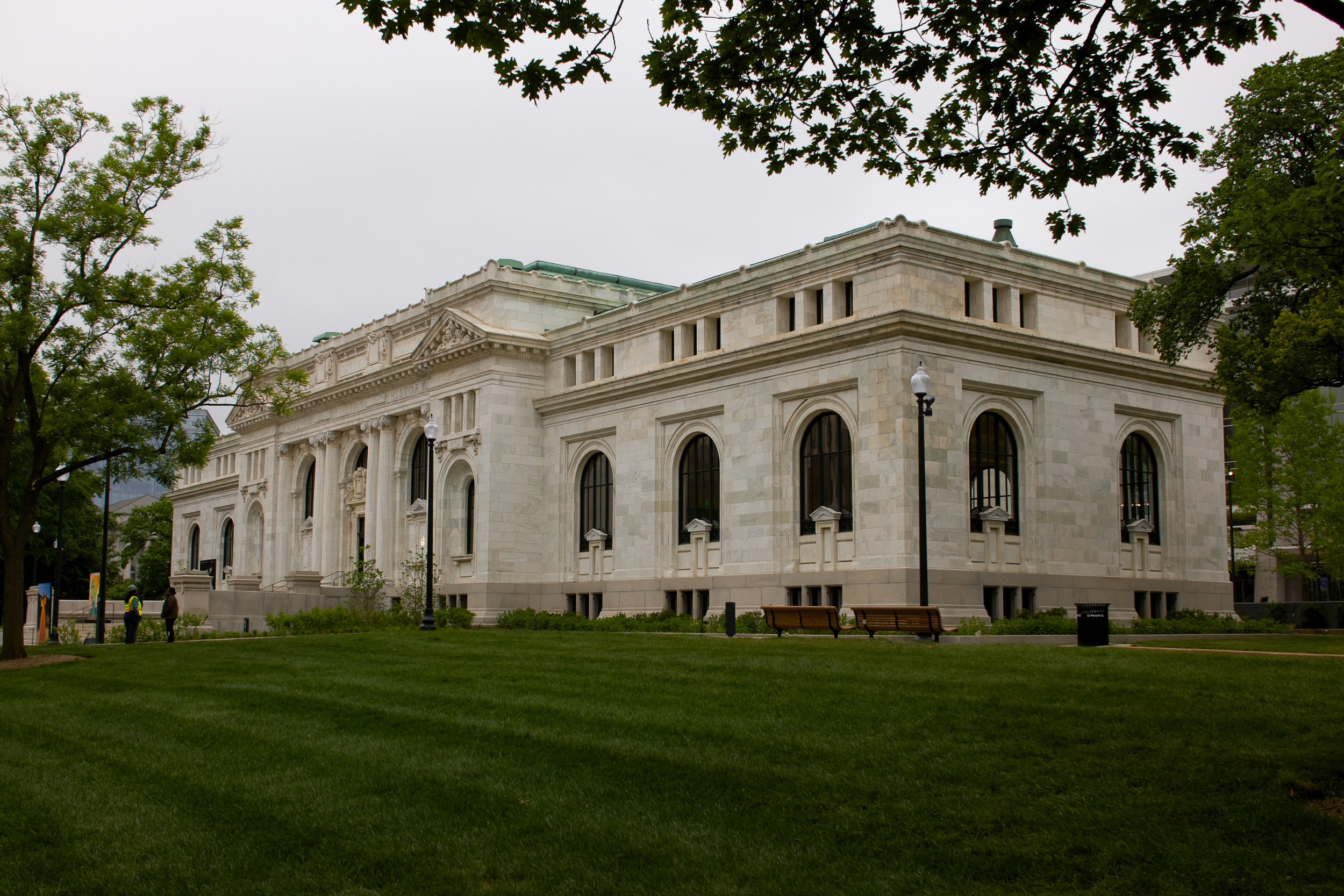