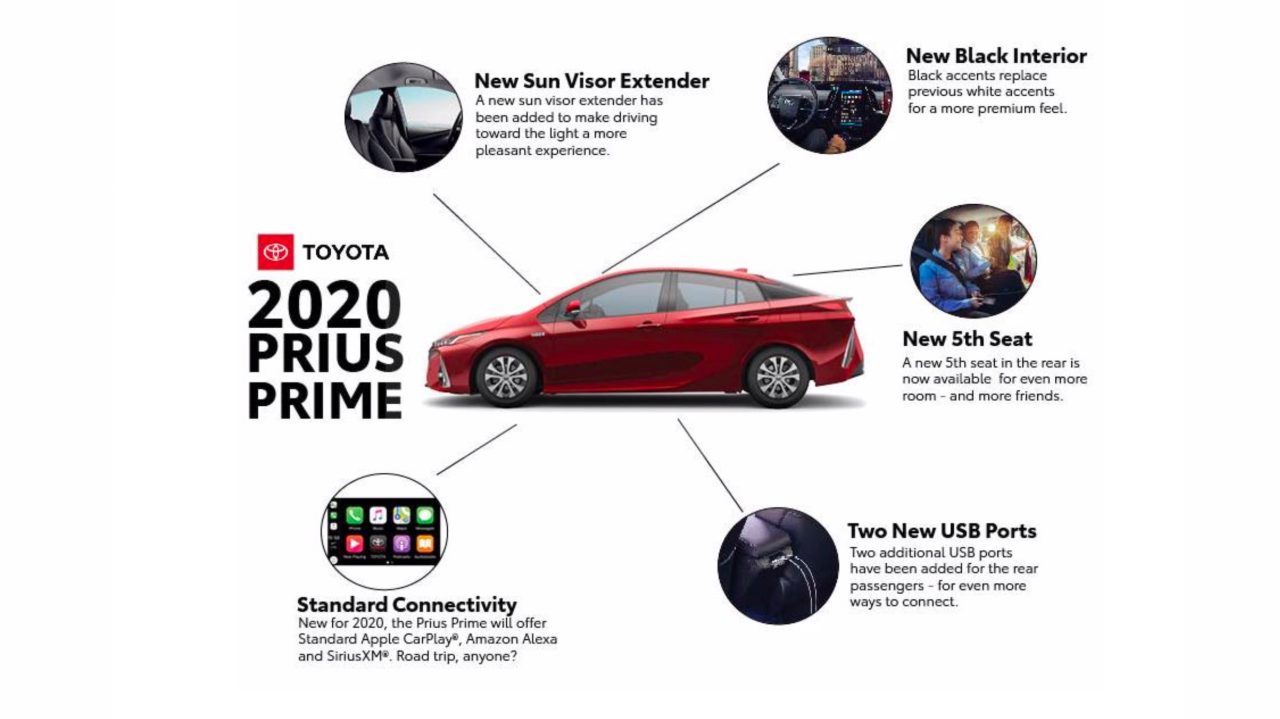 Toyota has gradually been expanding its lineup of CarPlay-enabled vehicles, announcing earlier this week that it would be retrofitting the infotainment system to select 2018 models. Now, Toyota has announced the first-ever Prius with CarPlay integration.

Toyota today announced the 2020 Prius Prime, the plug-in version of its hybrid vehicle. In addition to improvements such as a new black interior and a fifth rear seat, the 2020 iteration of the vehicle adds long-overdue support for CarPlay.

Toyota says that CarPlay will be a standard option across each Prius Prime trim. That means you won’t have to pay extra to access the feature, like other car manufacturers sometimes require. Toyota has generally stuck to wired CarPlay integration rather than wireless, and that appears to be the case here as well.

Other tech enhancements in the 2020 Prius Prime include two additional USB ports for passengers sitting in the back. The car also features standard SiriusXM support, as well as Amazon Alexa compatibility.

Toyota announced earlier this week that it will offer CarPlay retrofits for select 2018 Camry and Sienna vehicles. Toyota has been slow to add Apple’s in-car infotainment feature to its vehicles, so it’s nice to see adoption gaining steam both in new cars and through retrofits.

The 2020 Toyota Prius Prime will be available this summer with a starting price of $27,600. As Toyota continues to unveil its 2020 vehicle lineup, we should learn more about CarPlay’s availability in other models of the Prius sooner rather than later.