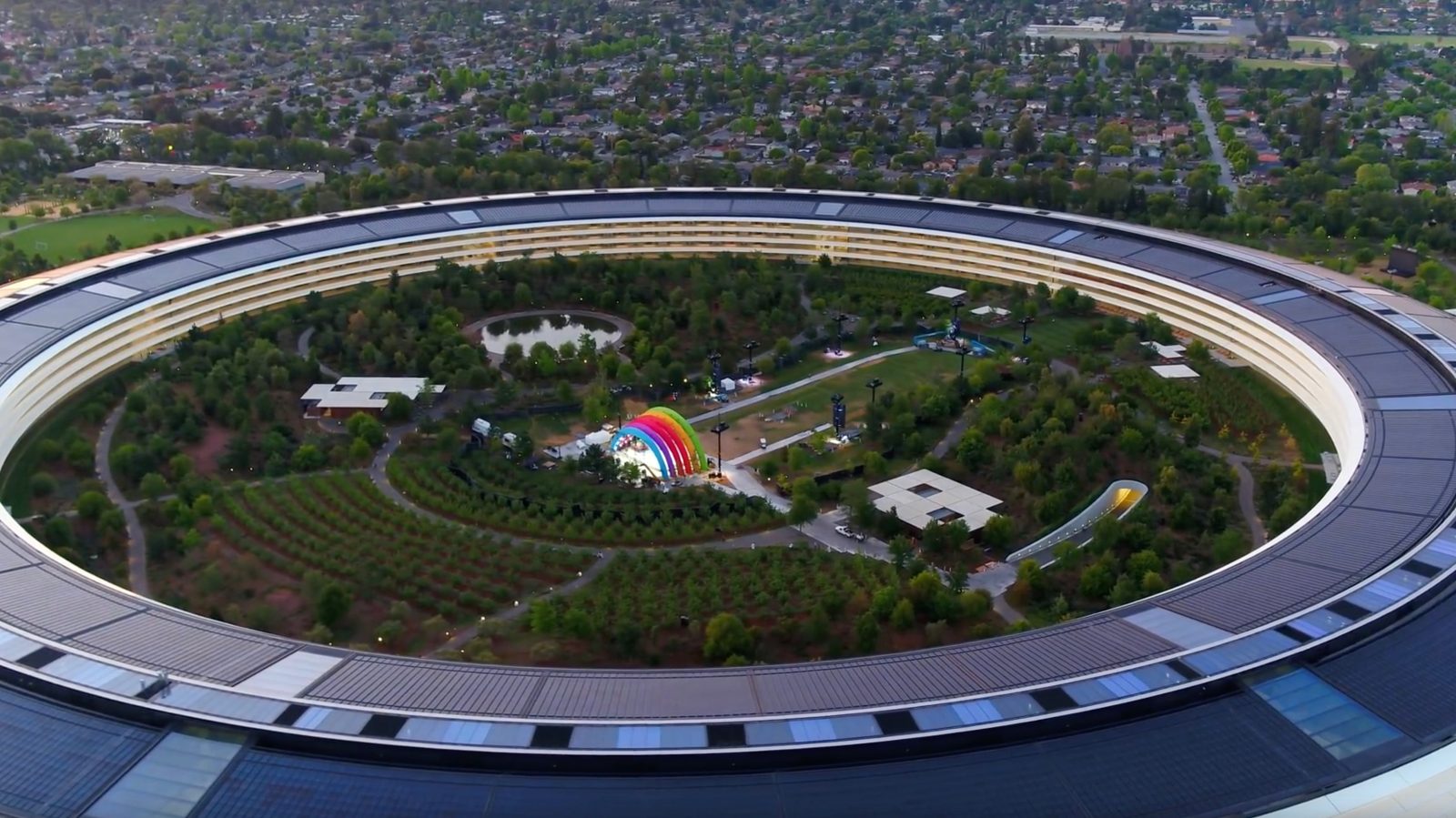 Throughout the construction of Apple Park, drone update videos became monthly occurrences. They offered beautiful overhead updates on Apple Park’s construction progress, but as construction wrapped up, Apple started to crack down on drone videos. Today, however, Duncan Sinfield is back with his first Apple Park drone update in six months.

The latest Apple Park drone video offers a beautiful look at Apple Park, in its fully completed glory. The video also showcases the nearby Steve Jobs Theater and Apple Park’s elaborate parking structure. 9to5Mac recently attended Steve Jobs Theater for Apple’s March event and got some of our own photography as well.

One interesting thing to note is that in today’s drone video, there is some sort of mystery stage in the center of the Apple Park spaceship ring. It’s unclear what exactly the rainbow-colored stage is there for, but it’s certainly set up like a concert stage.

It could be that Apple is preparing to hold one of its “Bash” events at Apple Park sometime this summer – or, judging by the condition of the grass around the stage, the event could have already been held. What do you think? Watch the video below and offer your best guesses down in the comments.