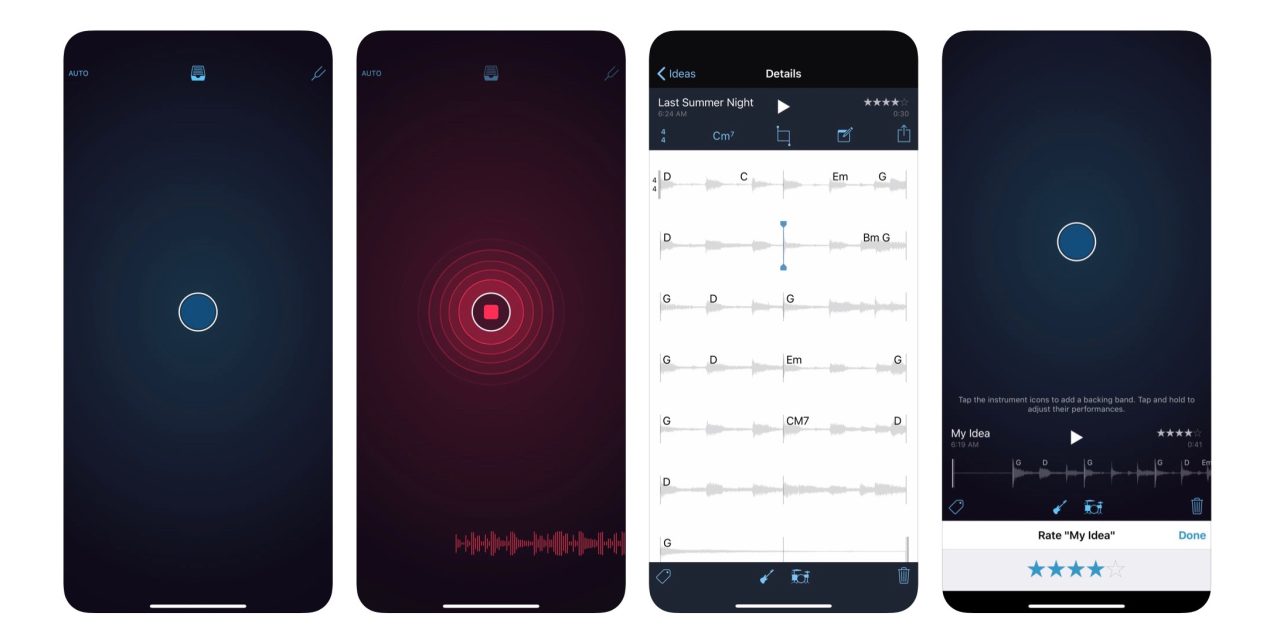 The last update for Music Memos was back in September last year, but it notably didn’t bring support for the modern notched iPhone displays. Today’s update brings display support for iPhone X/XS, XS Max, and XR along with some minor performance improvements and bug fixes.

The app’s design features blue and red gradients that fade to black at the bottom and top of the screen that will effectively hide the notch on modern iPhones.

If you haven’t used Music Memos before, it helps in the creative process by allowing users to:

Music Memos is a free download from the App Store.

Ahead of WWDC next Monday, Apple has updated its Apple Events app for Apple TV with a fresh icon. The new design matches what we saw with the updated WWDC iOS app with a dark blue background and a light blue neon Apple logo.

The release notes just mention the app being updated for next week’s keynote.

Apple Events for Apple TV is a free download from the App Store.