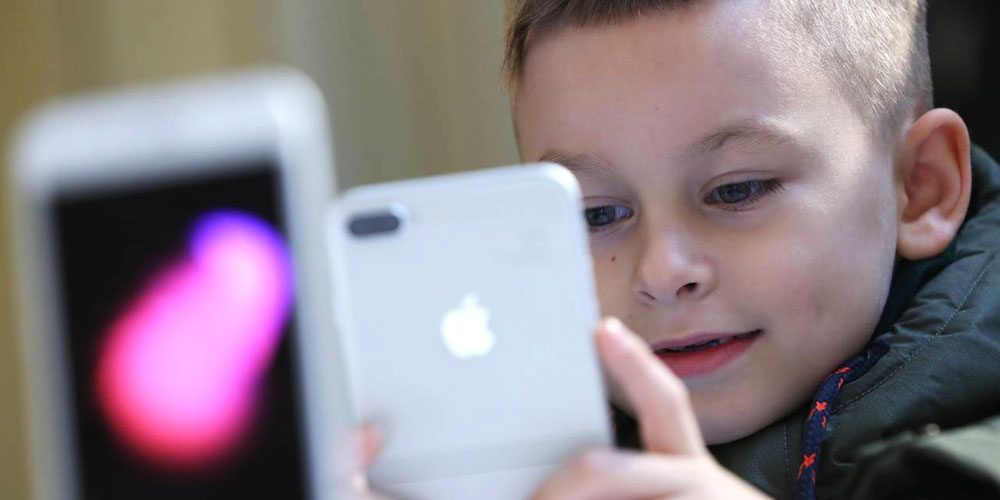 A new report today from The Wall Street Journal takes another look at the growing problem of how apps are sharing user data with third-party companies without user knowledge. While this happens on both iOS and Android, the report focuses on iPhone since Apple has strong beliefs about privacy. While the company hasn’t announced anything official, WSJ sources have said that Apple is going to tighten up app privacy soon, starting with kids’ apps.

WSJ’s Joanna Stern and Mark Secada tested out 80 iOS apps to check how they track and share user data with third-party companies. Notably, these were apps featured in the iOS App Store.

Over the last few weeks, my colleague Mark Secada and I tested 80 apps, most of which are promoted in Apple’s App Store as “Apps We Love.” All but one used third-party trackers for marketing, ads or analytics. The apps averaged four trackers apiece.

Stern highlights that the issue isn’t the collection of data, but the lack of transparency and control.

The biggest problem isn’t the data collection. The company that publishes my columns makes money from advertising—publisher and advertiser alike rely on customer data. The problem is, we aren’t told what tracking is going on in our apps, and we’re given very few controls to curb it.

One of the apps they found sharing data was from an app for kids, called “Curious World.”

There’s a kids’ iOS app called Curious World that, not surprisingly, stars the cute little pants-less monkey. Turns out, the app was collecting my son’s age, name and every book he tapped, and sending that data to Facebook Inc. 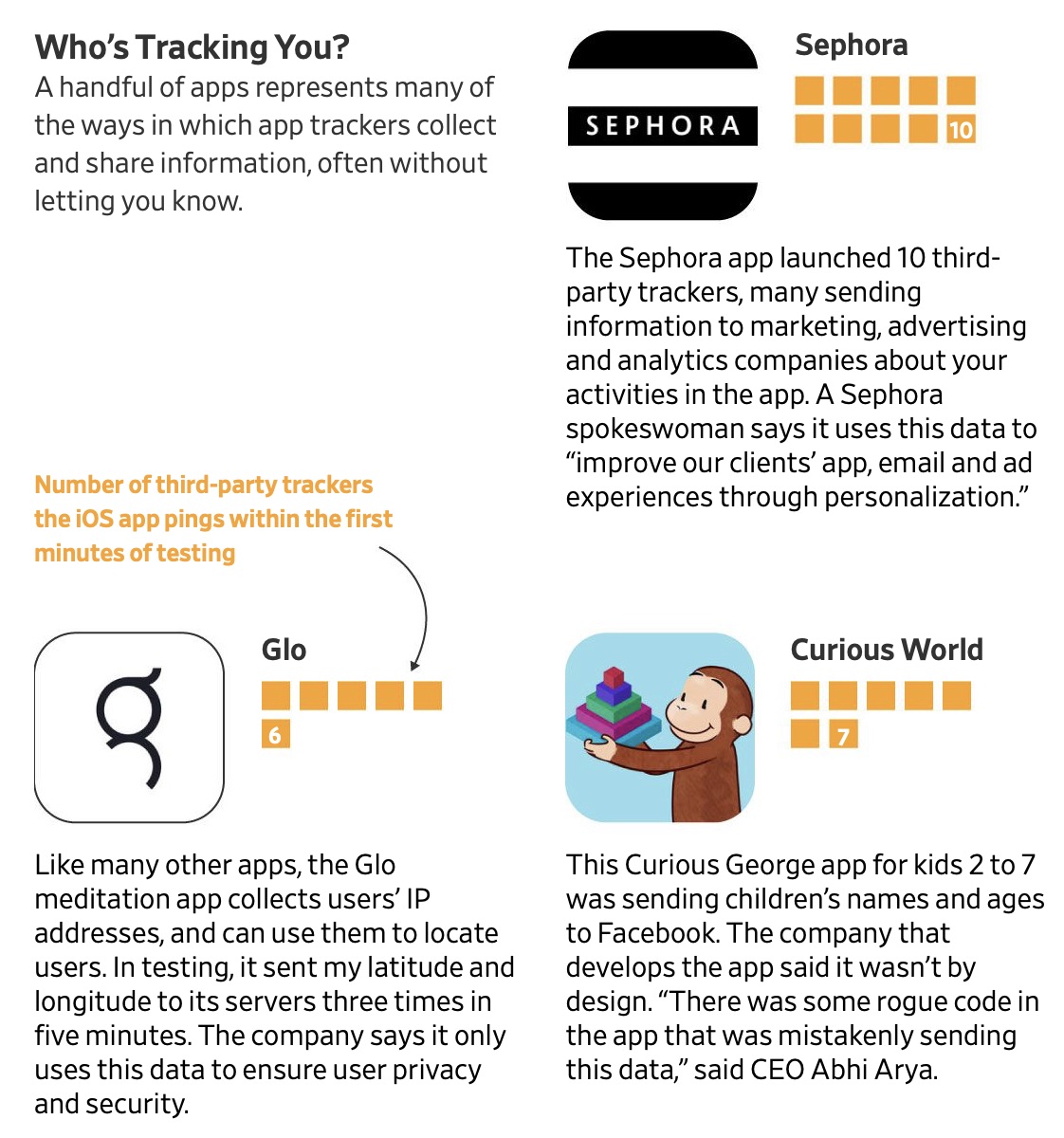 While Apple offers some general privacy controls for iOS, the report notes that there’s really no way to avoid all the trackers found in apps for now.

An anonymous WSJ source familiar with the matter said that Apple will begin to “limit third-party tracking in apps in the Kids category of the App Store.” Stern also mentioned that Cook should talk about new privacy controls during the WWDC keynote on Monday.

Apple shared a generic statement with WSJ on the matter, that essentially boils down to saying data sharing is between a user and the developer. However, it did give a nod to improving transparency around privacy and security.

“For privacy and security reasons, Apple does not see what data users choose to share with developers and we can’t see what developers do on their servers.”

“As part of our ongoing efforts to make users’ data even more secure, we will continue to address the challenges of improving transparency and helping users get stronger privacy and security protections for the data they’ve chosen to share.”

The report also highlights that Apple has a tricky balance to strike between protecting users without treating developers unfairly.

Apple is in a complicated spot. Without an ad-focused business model, it’s one of the companies I trust most, but it faces an antitrust suit from consumers alleging it stifles competition in the App Store. Cleaning up might be mistaken for bullying.

The full WSJ report is definitely worth a read.