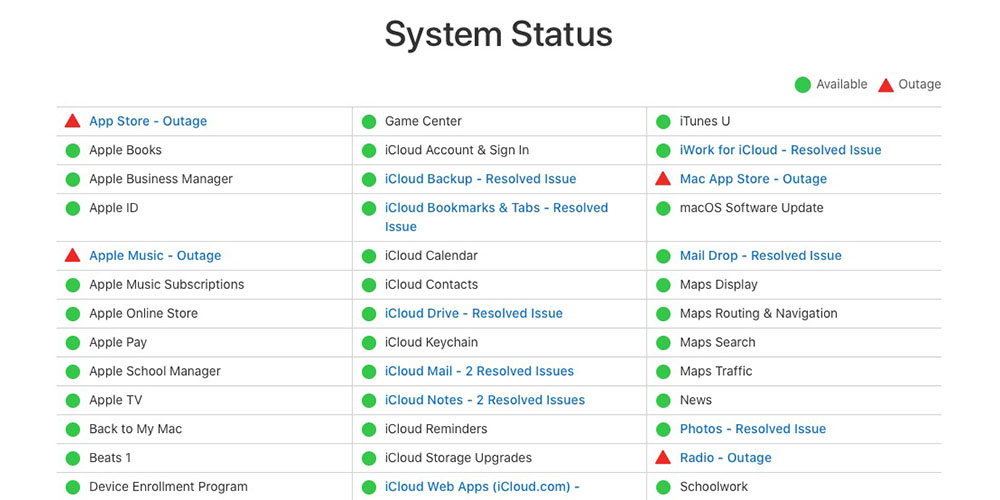 While the key merely says ‘outage’ for the red triangles, this symbol is almost never seen on the page …

Apple generally uses a yellow blob to indicate ‘issues’ with a service, even when it is a severe one impacting a great many customers. The company did so for the major Google outage over the weekend, for example, which significantly affected a large number of Apple cloud services.

Using the red triangle is indicative of a very significant problem.

Even for the red symbols, the wording downplays the issue.

Some users are affected.

Users are experiencing a problem with this service. We are investigating and will update the status as more information becomes available.

The wording varies somewhat between the four services.

As usual, Apple gives no clue as to the nature of the problems.