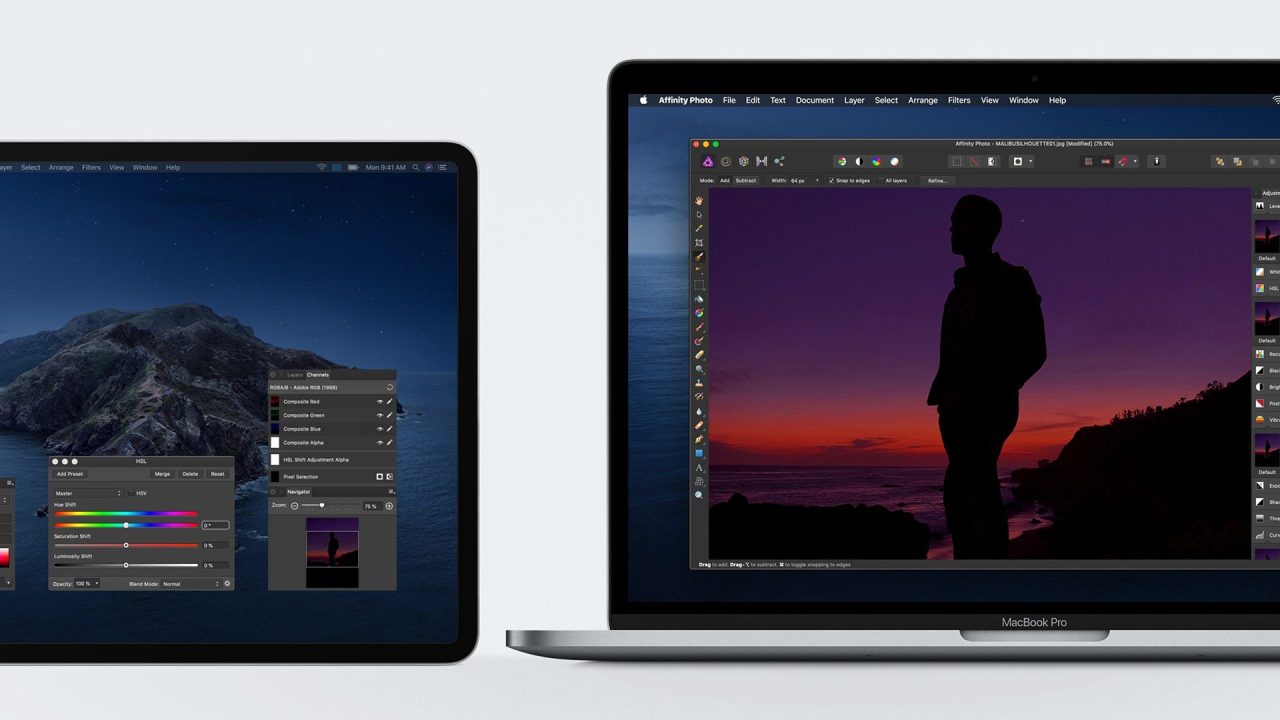 As we first reported, Apple at WWDC announced a new Sidecar feature in macOS 10.15 Catalina that allows you to use your iPad as an external display for your Mac. Now, Luna Display, one of the popular third-party options for such a feature, has announced performance and interface improvements, and addressed the new competition from Apple.

Luna Display version 3.2 includes “massively reduced pixelation” thanks to the data flow between iPad and Mac being reengineered, which allows it to “push data more efficiently between devices.” Luna Display says you’ll notice the improvement on WiFi as well as USB connectivity.

We cleaned up Luna’s sidebar to give it a fresh feel that’s more uniform with the native iOS interface. Swipe from the edge of your iPad screen to access your shortcuts — like rearranging your displays, adjusting screen brightness, and checking your connection quality.

In a separate blog post, Luna Display founders Matt Ronge and Giovanni Donelli took time to address Apple’s new Sidecar features. The two say that they’re “disappointed” to have Apple sherlock their technology, but they also note that Luna Display is “not going anywhere.”

You may have heard the news; we did too. Apple has decided to dabble in the connected workspace domain that we know super well. You’ve also likely seen the headlines about Apple’s power over small developers and how the tech-giant ‘sherlocks’ top-grossing apps. We’re disappointed, but let it be known: We’re not going anywhere.

Donelli and Ronge say that if you have “basic needs” then Apple’s Sidecar feature “may do the trick.” Luna Display, however, is built to fit around pro creative workflows.

If you have basic needs, Apple’s Sidecar may do the trick. But if you’re a pro, we’ve built Luna Display to fit around your creative workflow.

We know that creative pros have highly-individualized and unique ways of working productively. Luna offers the freedom and flexibility to build a connected workspace around your needs, so you can be productive anywhere.

Sidecar’s inherent advantage over Luna Display is that it does not require the use of an additional dongle. Sidecar is still in beta testing as part of iPadOS 13 and macOS 10.15 Catalina, but we’ll continue to learn a lot more about it over the next few months.