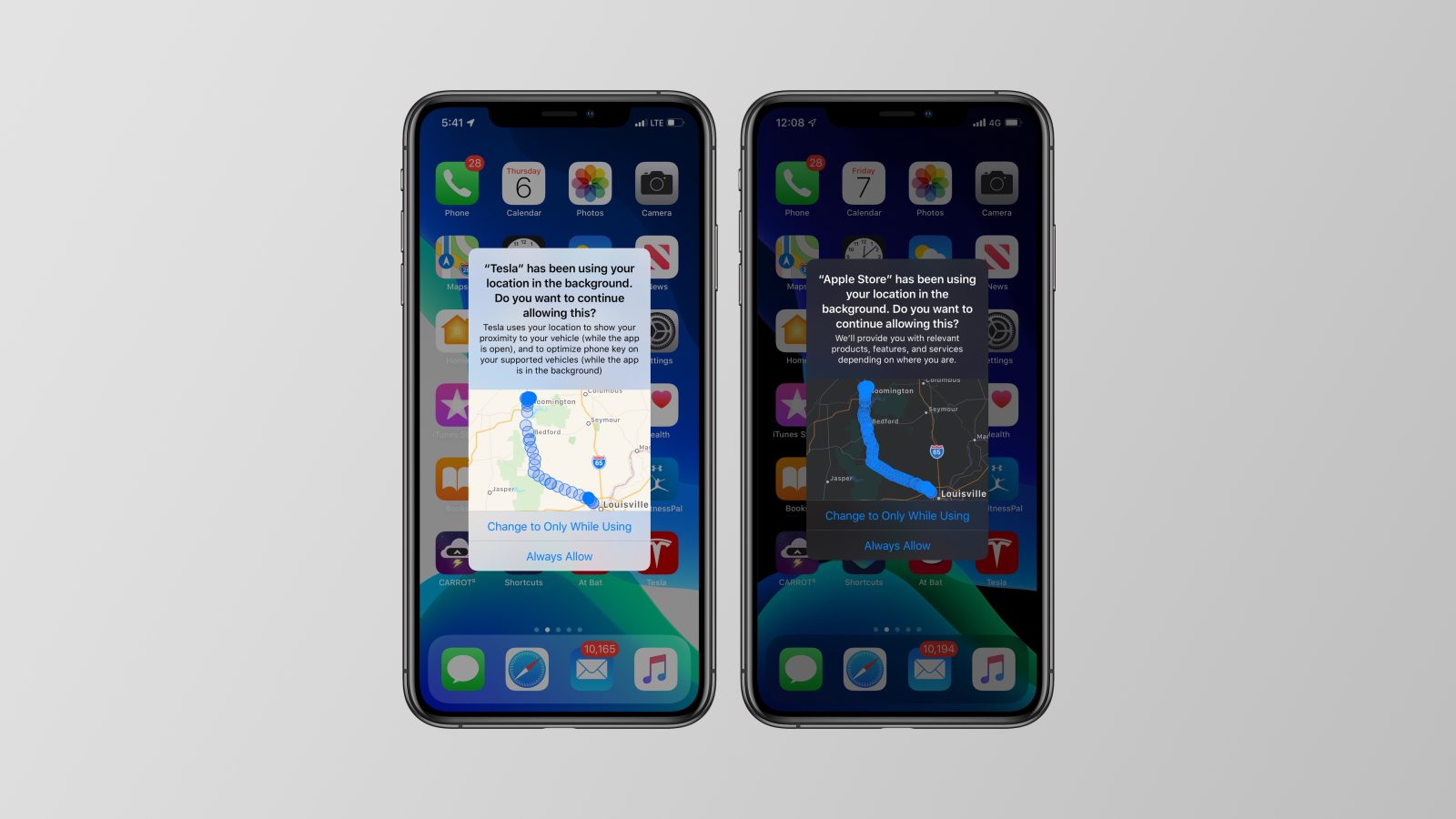 Apple continued its strong focus on privacy with the announcement of iOS 13 this week. The update includes several new privacy features, including a more detailed view of how apps have been using your location in the background.

In addition to showing the map, the notification also presents the app’s reasoning for needing background location access. This is Tesla’s explanation:

And the explanation for the Apple Store app:

We’ll provide you with relevant products, features, and services depending on where you are.

Apple says that you’ll get periodic pop-ups like this in iOS 13, giving you the option to continue to give a specific app background access to your location, or to change it to “only while using.” iOS 13 also includes a new option to allow applications access to location “just once,” as opposed to having to give constant access when using an app or continuous background access.

The “Allow Once” option is considered a temporary authorization, with the app prompting again the next time it’s opened.

Ideally, the new pop-up reminder notifications with map will make users more aware of how often apps are tracking them in the background. In certain instances, always allowing location access makes more sense – such as Tesla – but the developer explanations will have to convince users of that.

Apple also says that tvOS does not support the “Always” option, while it is also not needed by watchOS. macOS does not have Always or WhenInUse because prompting the user is automatic.

iOS 13 also cracks down on developers using Bluetooth and WiFi network details to estimate a user’s location. On stage at WWDC on Monday, Craig Federighi says that iOS 13 is “shutting the door on that abuse.”