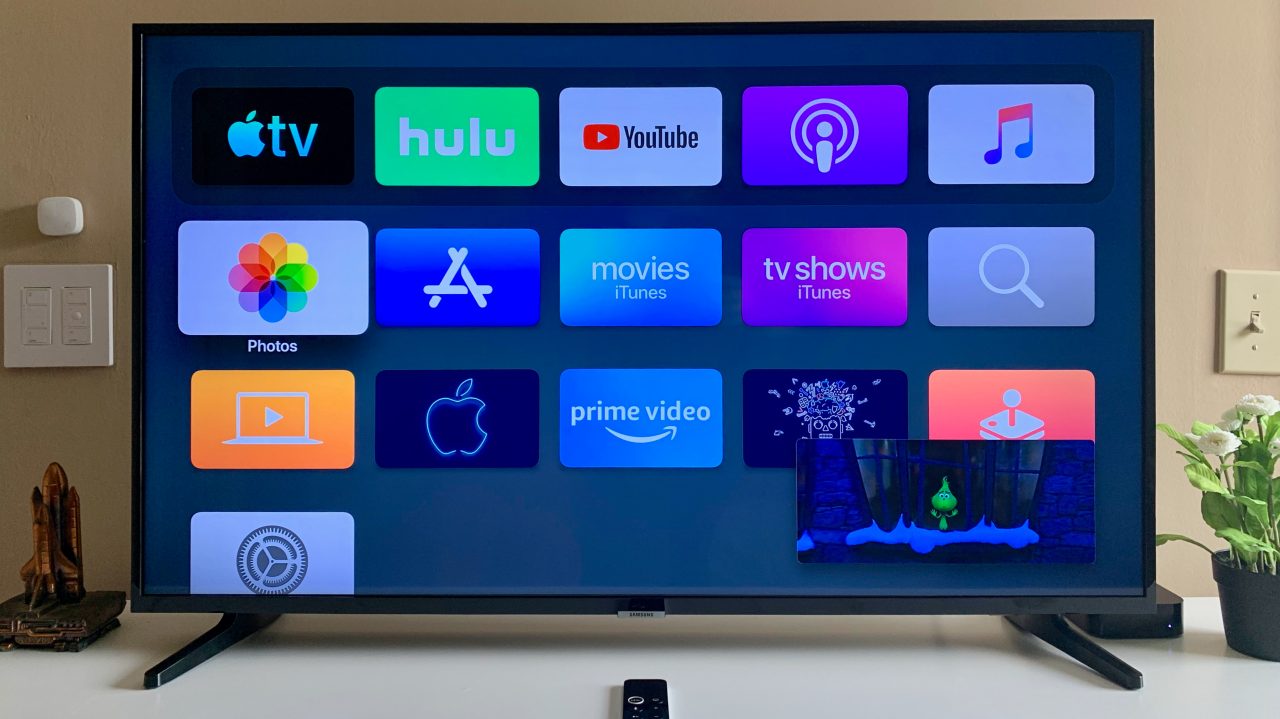 Although strangely not mentioned in Apple’s WWDC keynote, tvOS 13 beta 2 has a nice surprise: support for Picture-in-Picture video playback.

Picture-in-Picture was first introduced in iOS 9 as a multitasking feature for iPad. It now seems to be making its way to the big screen.

Users can start a video in full-screen, then switch apps and continue watching the playing video in a thumbnail. Controls overlaid on the video allow you to jump back to the app, or end playback of the video directly.

tvOS 13 includes several new changes to the Apple TV experience, including a redesigned Home screen with new Top Shelf experience. Apps will be able to show videos in the background of the Home screen, allowing users to get a preview of content to watch before diving into an app. 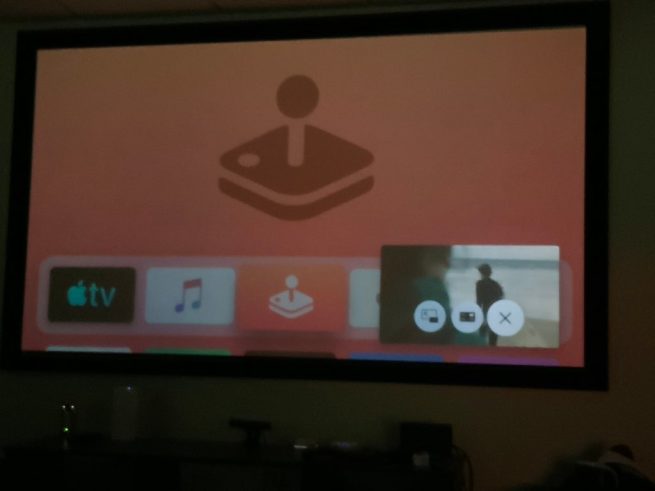 tvOS 13 also adds multi-user support so families will be able to have separate Watch Next queues, and not interfere with each other’s recommendations.

Finally, tvOS 13 will include a set of new Under the Sea screensavers in collaboration with the BBC.