One of the big announcements from WWDC 2019 was the “Sign in with Apple” privacy-focused login system for applications. The button offers Apple ID single-sign-on functionality similar to sign-in options from Facebook or Google. Apple is promoting this feature as a privacy-secure sign-in option. Users select what information to share with the app developer. You can share your real email address with the third-party app, or use the ‘hide my email’ option. In the latter case, the app would only see a randomized anonymous email address. You can also remove the anonymous email address at any time.

When I was listening to the introduction of this feature, I immediately thought back to the D8 conference where Steve Jobs discussed Apple’s approach to privacy. In the interview, he spoke specifically about location tracking.

Take location on phones – we take this really seriously. Before any app can get location data, they can’t just put up a panel asking if it can use location – they call OUR panel and it asks you if it’s okay. That’s one of the reasons we have the curated app store. A lot of the people in the Valley think we’re old fashioned about this. But we take it seriously.

When you think about how our world has changed since that speech, it really shows that Apple has always been ahead of the game with privacy. In a world where companies love to learn more about you to better sell products to you in the future, Apple has always been for your privacy even if you weren’t, and I think that is a key thing to remember.

Ben also noted that Reuters had some additional information related to Sign in with Apple:

I’m sure Apple has the data on how many people are using social login on iOS, and I am sure it upsets them. When a user signs in with Facebook, they are feeding the advertising machine of a company that has continued to do the wrong thing time and time again. They are feeding a company with data despite Apple’s attempts to protect privacy. It’s the equivalent of someone installing a really secure security system in their home and then leaving a window open.

For people who are upset about Apple’s requirements, and think they are an overreach of Apple’s authority over the platform, I want to have an honest discussion. 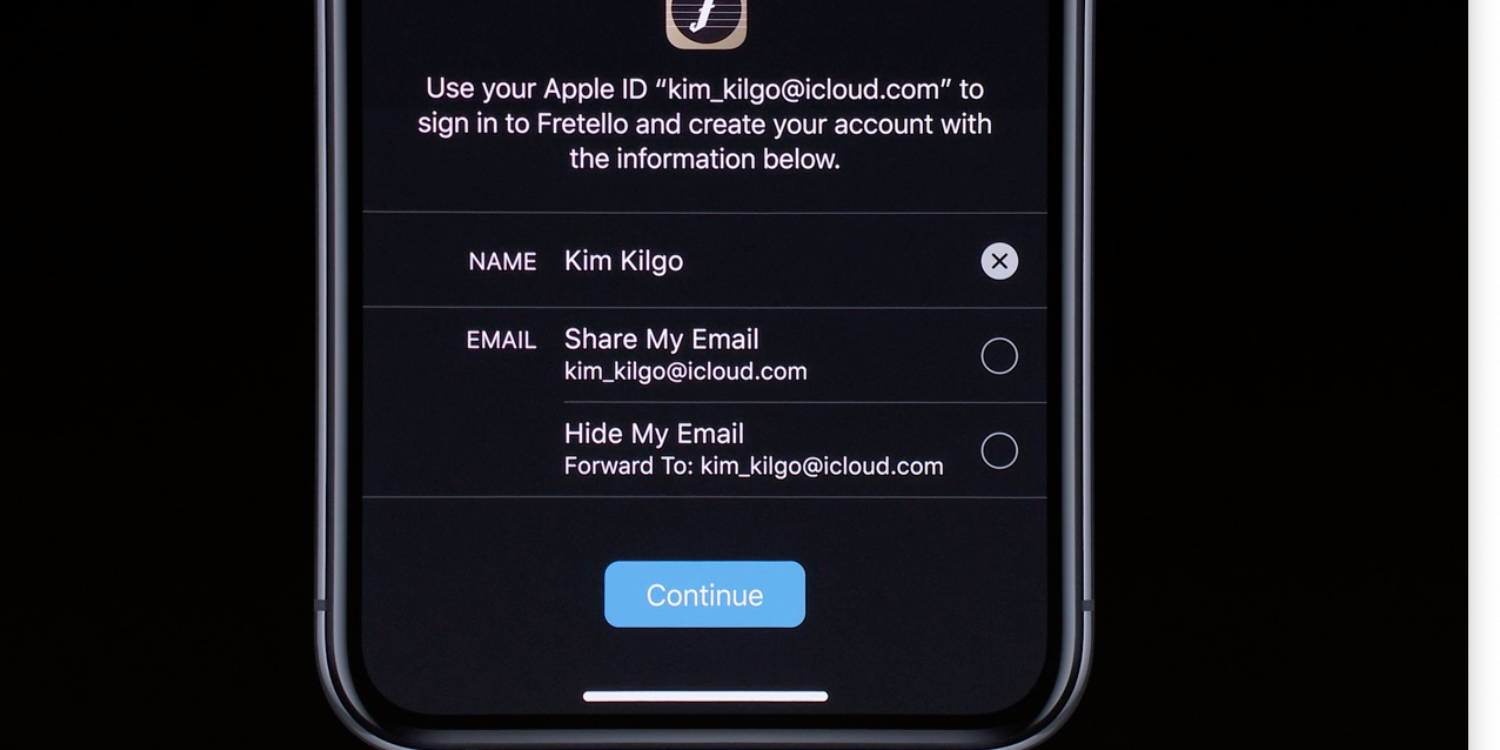 No one is forcing you to use social login

If you have an application that needs a login system, you are free to roll out your own. You can set up the backend web service, maintain the security of the system, and handle support requests. You’re probably thinking, that is a lot of work when they are easier options like Google and Facebook. You’re right! Apple is simply saying that if you are going to use social login, you must include Sign in with Apple (which costs you nothing) and allow users to maintain privacy. As a user, I rarely use social login as I don’t like to feed companies with more personal data. If a company offers Sign in with Apple as a privacy focused login system, I will certainly use it to sign up for a service.

Why wouldn’t you want to use Sign in with Apple?

The one thing I keep hearing is how developers don’t want to be forced to use Sign in with Apple if they offer other social logins. Why not? What would the reason be? Is it because it limits the amount of data you can learn about users? The more I think about it, the more I’ve come to the realization that anyone who is upset about Sign in with Apple is upset because of how it’ll impact a business negatively while protecting user privacy.