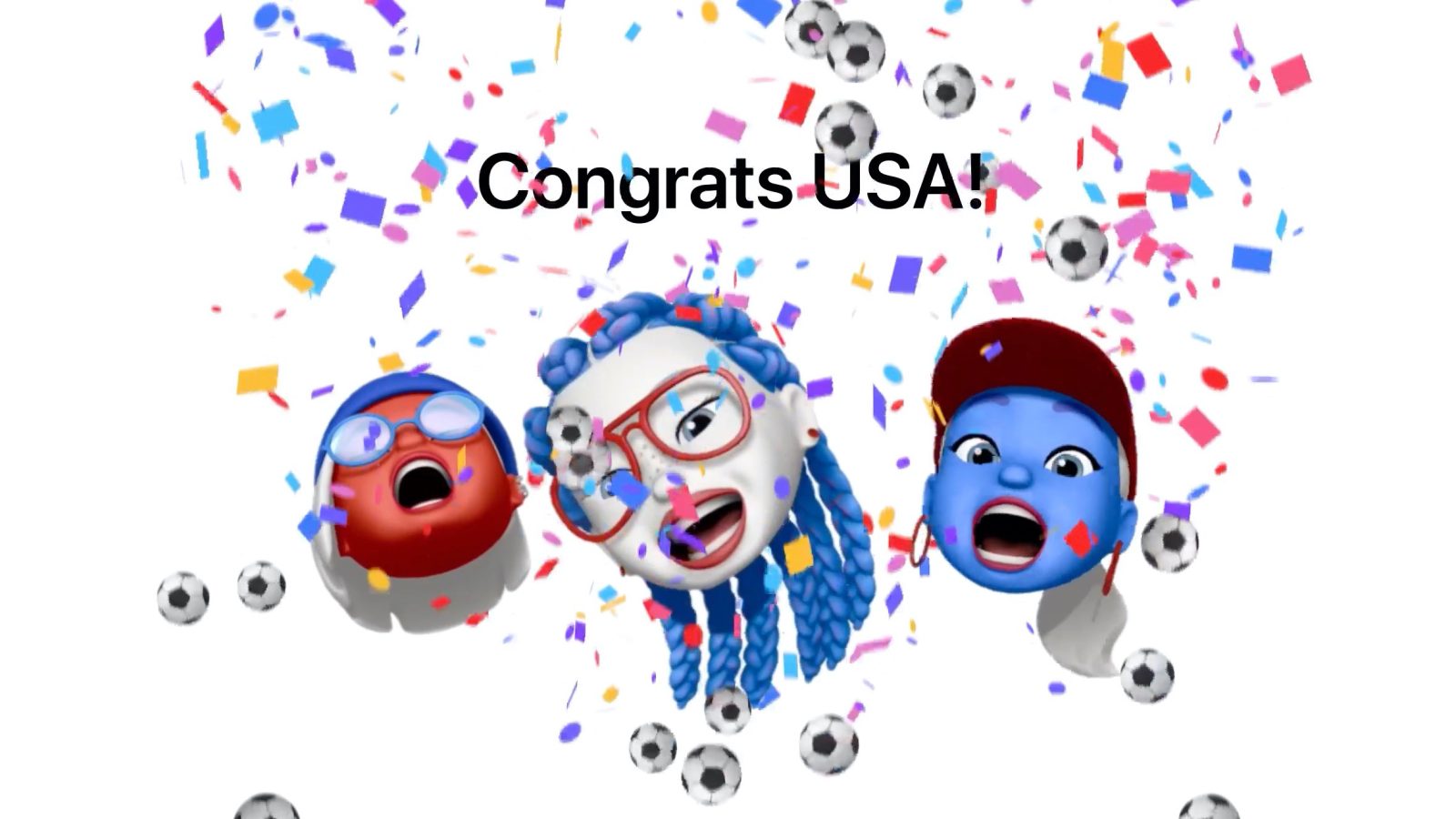 Apple is celebrating the United States Women’s World Cup championship with a homepage takeover. Head to Apple.com and you’ll see Apple’s Memoji-themed tribute at the top of the page, provided you’re in the United States.

The animated graphic combines Apple’s Memoji feature with iMessage effects to create a USA-themed celebration with falling confetti and soccer balls. It’s a neat tribute that doesn’t go too far by overtaking the whole page.

For the fourth time in history and second time in two years, the United States women’s national soccer team won the World Cup today. The US women’s team defeated the Netherlands 2-0. CBS Sports has the recap:

Megan Rapinoe and Rose Lavelle scored in the second half, and Jill Ellis remained unbeaten in World Cup play and became the first manager to win the tournament twice. The Dutch never felt like much of a threat to score, and the U.S. could have won this by much more, but all the Americans wanted was to lift the trophy again, and they did just that.

Apple has regularly added celebratory messages to its homepage when certain teams win big games. Last month, for instance, Apple offered a celebratory tribute on its homepage to the Toronto Raptors in Canada after they won the 2019 NBA Championship.