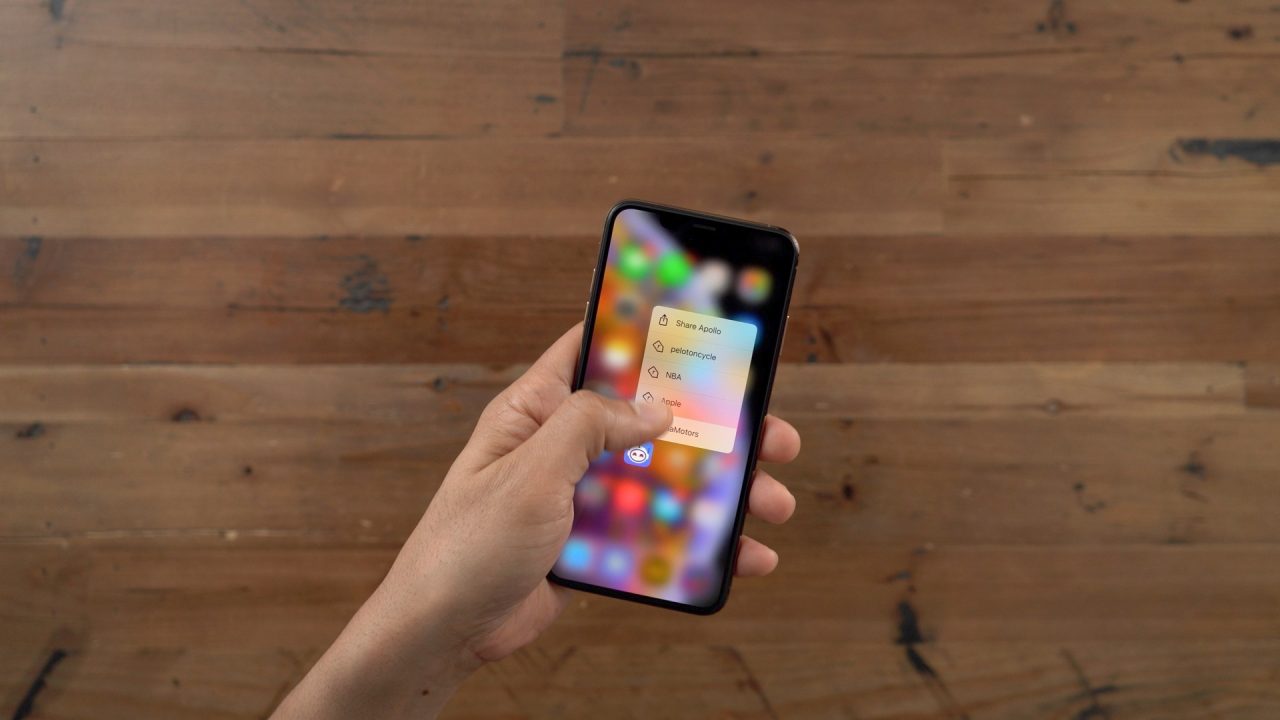 In a pair of Digitimes reports, Apple is said to be removing 3D Touch from all iPhone 11 models and introducing a new OLED display manufacturer into its supply chain.

Digitimes reports are always a bit hit-and-miss, so take these reports with some skepticism. However, each story makes sense, and in many ways back up morsels of information that were already circulating.

The death of 3D Touch has been long in the making. We have heard murmurs from several analysts over the last year that Apple would no longer be producing pressure-sensitive screens for its devices. 3D Touch was also not present in the iPhone XR, although that could be partly excused because of the lower price point.

Now, we are approaching an iPhone cycle where every model will likely not feature a pressure-sensitive display and the unique 3D Touch experiences will not be available. Apple has started laying the groundwork for this transition with UI changes in iOS 13.

The Digitimes report quotes industry sources for touch module manufacturers TPK and GIS, key Apple suppliers. These manufacturers will ultimately make less money per unit as the touch modules for the new iPhones will be simpler to make, and carry a lower component cost.

However, these suppliers seem to be happy with their second-half 2019 outlook for the time being, receiving ongoing orders for touch sensors for new iPads and MacBooks (think: trackpads) as well as continued demand for legacy iPhone models.

For its phones, Samsung has been Apple’s sole supplier of OLED display panels for iPhone X, iPhone XS and iPhone XS Max up to now. (The OLED screens for the MacBook Pro Touch Bar and Apple Watch are manufactured by LG, as they use a slightly different process and screen technology.)

However, Apple tends not to like sourcing parts from just one supplier; it is riskier in the face of yield issues and it means the supplier has more power in price negotiations. Therefore, it makes sense that Apple is looking to diversify.

Digitimes says Apple is considering adding BOE into the supply chain, motivated by recent Japanese restrictions on exports to Korea which could put OLED production in jeopardy. However, it doesn’t sound like a deal has been secured just yet.

Apple is expected to its (3D Touch-less) iPhone lineup in the fall, probably at a September media event.