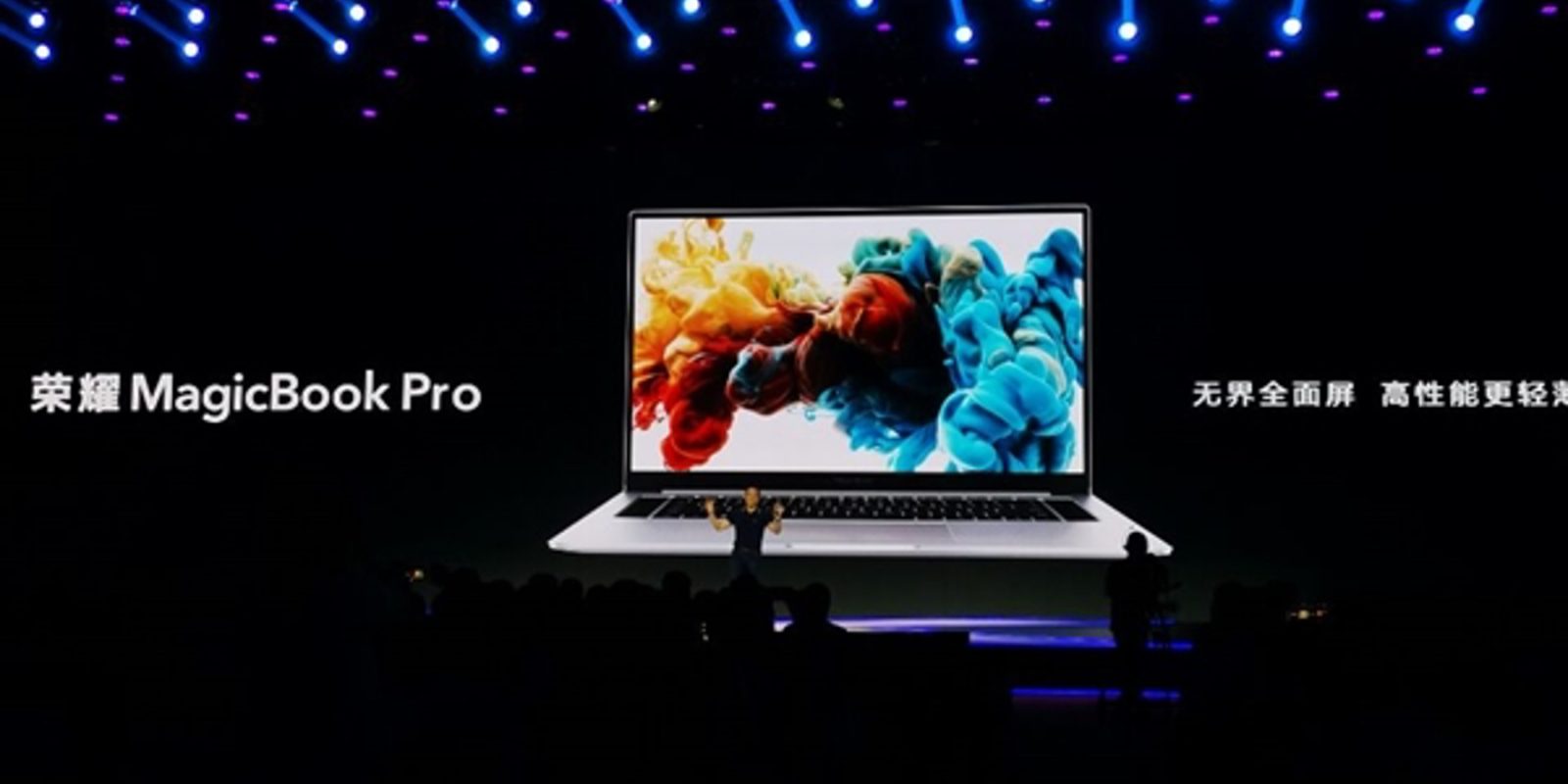 Heard the recent rumors about Apple’s upcoming high-end MacBook Pro with a 16-inch display? So has Huawei. The company is getting in first with today’s announcement of the Honor 16.1-inch MagicBook Pro.

Via Gizchina, Huawei announced the MacBook Pro lookalike alongside some new smartphone models that it sells under the Honor brand.

The MagicBook Pro brand isn’t wholly new (and it doesn’t take two guesses to realize what it was inspired by) but this is Huawei’s newest model, touting a 16-inch display with thin bezels clearly ready to counter whatever Apple has up its sleeves. The MagicBook Pro is reportedly smaller and lighter than the 15-inch MacBook Pro.

However, despite sharing a similar name, it isn’t quite a 1:1 comparison spec-wise. The MagicBook Pro uses a 15W TDP Intel CPU, so it’s closer to MacBook Air performance (and/or $1,299 MacBook Pro) than the high-end MacBook Pro models that are designed to house 45W-rated Intel i9 CPUs.

Apple’s rumored 16-inch notebook is expected to be unveiled sometime in the fall and represents the first significant redesign to the MacBook Pro chassis since 2016. As well as being a powerhouse, many believe that this will be the first new Apple laptop to ditch the butterfly keyboard, possibly with more I/O ports and a physical escape key, in addition to being an overall sleeker, design thanks to thinner screen bezels.

For its part, the Honor MagicBook Pro goes on sale at the end of July in China. It’s not yet clear if it will debut internationally.