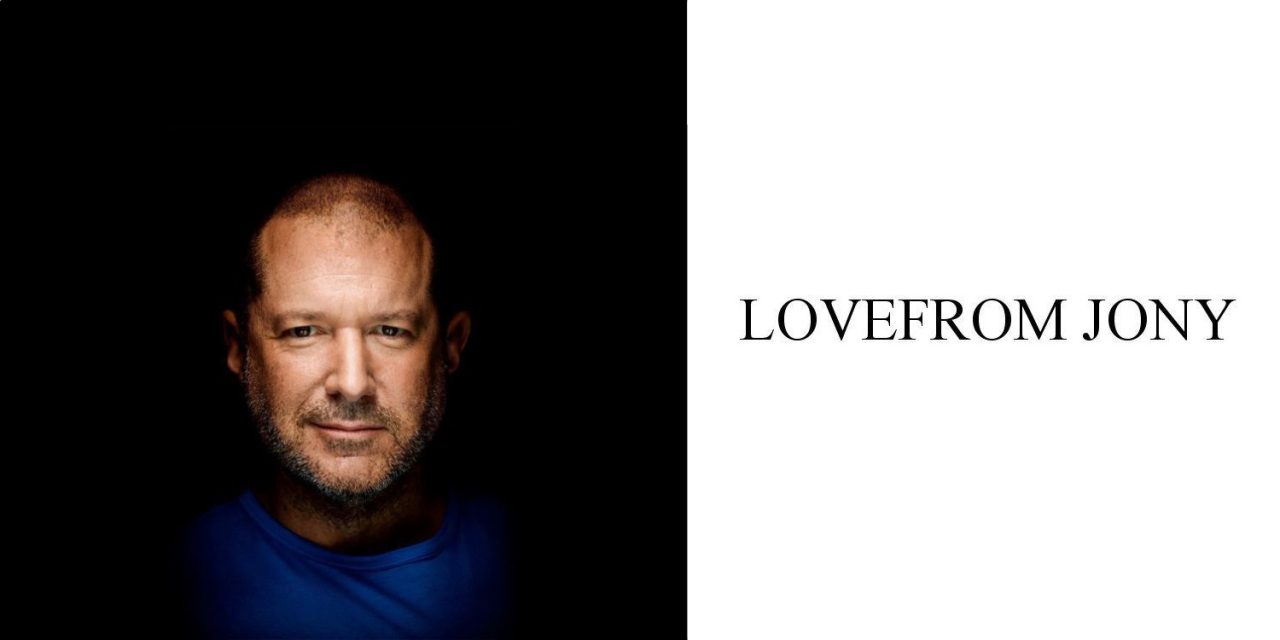 Last month, Apple announced that Jony Ive would be leaving the company to form his own independent design firm. Now Ive has taken the initial public steps toward officially launching that firm, offering our first look at the “LoveFrom” brand and logo.

New documents from the US Patents and Trademark Office reveal that Ive has officially filed for a trademark for the term “LoveFrom Jony.” The filing is dated July 18, 2019. The foreign filing date listed is May 29, 2019.

Ive’s original announcement had said the firm would simply be named “LoveFrom,” but it now appears that at least one aspect of the brand will be “LoveFrom Jony.” This is a big change from Ive’s design career at Apple, where everything was “Designed by Apple” without specific credit.

The trademark filing also makes references to goods and services that could pertain to LoveFrom Jony, but the list essentially includes every category of product you could imagine. This includes cars, drones, beauty products, household appliances, kitchen appliances, and much more. Thus, we still have little indication as to what Ive’s focus will be at LoveFrom.

Apple’s announcement said that it will be a client of Ive’s new design firm. Ive has said that even though he won’t be an Apple employee, he’ll still be “very involved for many, many years to come.” Marc Newson is also departing Apple to join LoveFrom Jony.

There’s still no exact date on when Ive plans to formally leave Apple. The initial announcement last month simply said that Ive would depart the company “later this year.” With this trademark filing, however, it’s clear that Ive is pushing forward with his new firm.