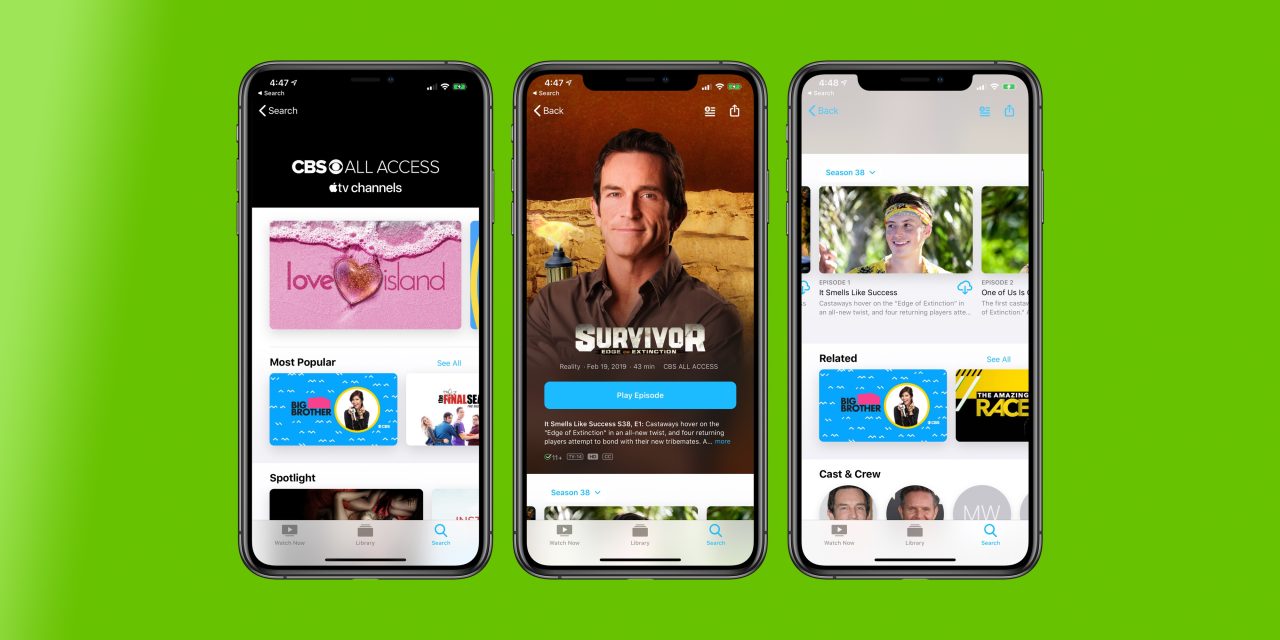 Last week, it was announced that CBS All Access would be joining Apple TV Channels on July 29th. That date ultimately came and went without CBS fulfilling its promise, but this afternoon, CBS All Access has gone live in the TV app.

CBS All Access does not yet appear under the “Try Apple TV Channels” header in the TV app, but you can easily find it by going to the “Search” tab and searching for the service. From there, you’ll be taken to the dedicated CBS All Access page, where you can sign up for a subscription. [Update: Now listed on the main page]

Via the TV app, CBS All Access costs $9.99 per month, which is for the completely ad-free version of the service. As a standalone service, CBS offers a cheaper option with commercials, but that tier is not available through Apple TV Channels.

Apple is offering a 7-day free trial of CBS All Access through Apple TV Channels. Once that trial is up, you’ll be billed $9.99 per month. One nice thing about Apple TV Channels is that all billing is handled by Apple itself, rather than CBS.

Another benefit of Apple TV Channels is that all content is hosted by Apple, and streamed through the TV app on iOS and tvOS. This means you won’t be kicked out to a third-party app to watch CBS content. It also syncs your progress across all of your Apple devices.

Are you using Apple TV Channels for any subscriptions? If so, what do you think of it? Let us know down in the comments below!