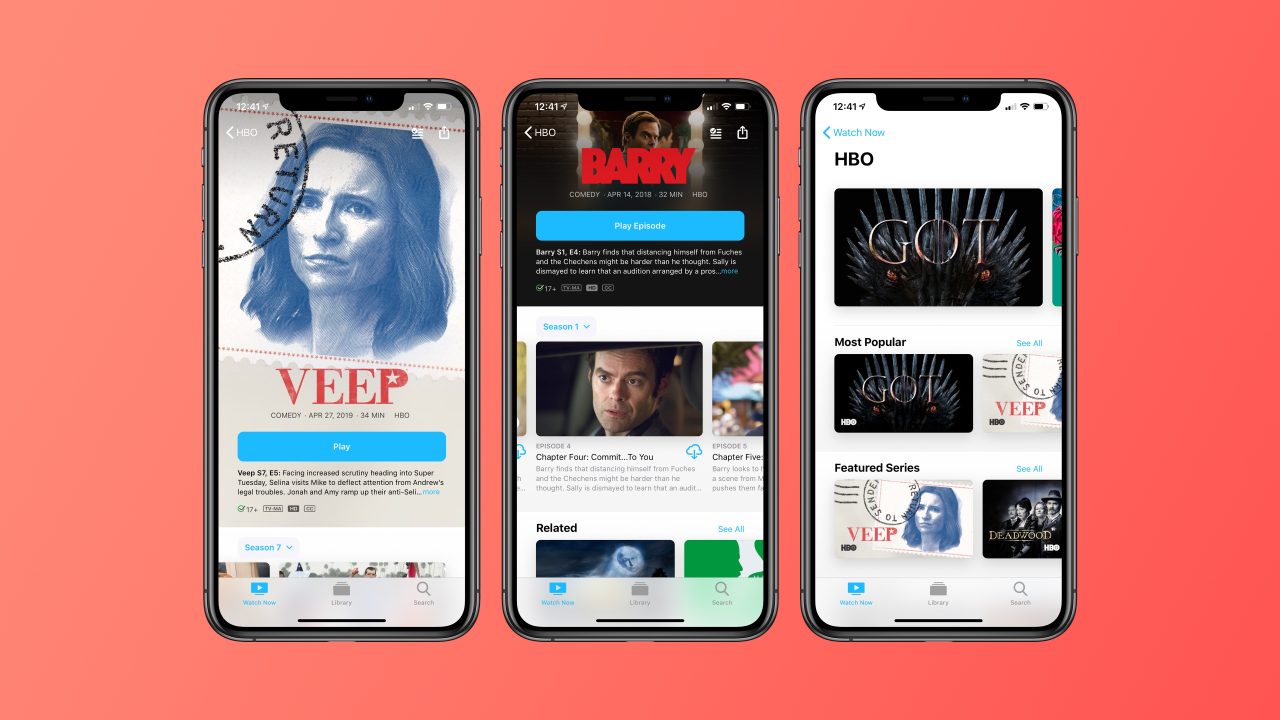 Apple TV Channels launched in beta last month with support from a limited number of providers. Ahead of the feature’s public launch later this month, Apple TV Channels has today picked up HBO – with a nice added bonus.

HBO currently exists in two forms: HBO Now and HBO Go. The former is a standalone package that HBO sells for $15 per month, while the latter allows you to sign in with your cable provider login and access HBO content on the go.

The implementation of HBO in Apple TV Channels is a lot like HBO Now. You pay $15 per month, billed through Apple, for access to HBO’s complete lineup of content. All of the content is hosted and streamed by Apple itself, directly in the TV app on iOS and tVOS – with a Mac app coming later this year.

Apple isn’t allowing HBO Now subscribers to link with Apple TV Channels. This means that if you subscribe to HBO Now and want to watch directly in the TV app, you’ll need to cancel your standalone subscription and resubscribe through the TV app. Apple is offering a one-week free trial of HBO through the TV app.

What sets Apple TV Channels’ integration apart from HBO Now, however, is support for offline downloading. Through the TV app, you can download HBO content for offline viewing, which is something that doesn’t appear to be supported in the HBO Now app. This alone might be enough to convince HBO Now subscribers to make the jump to Apple TV Channels.

Apple TV Channels is currently available in beta through iOS 12.3 and tvOS 12.3 betas. Apple confirmed during its Q2 2019 earnings call yesterday that the feature is still scheduled to launch to the public during the middle of this month. It will also be available to Apple TV 3 users, as well.