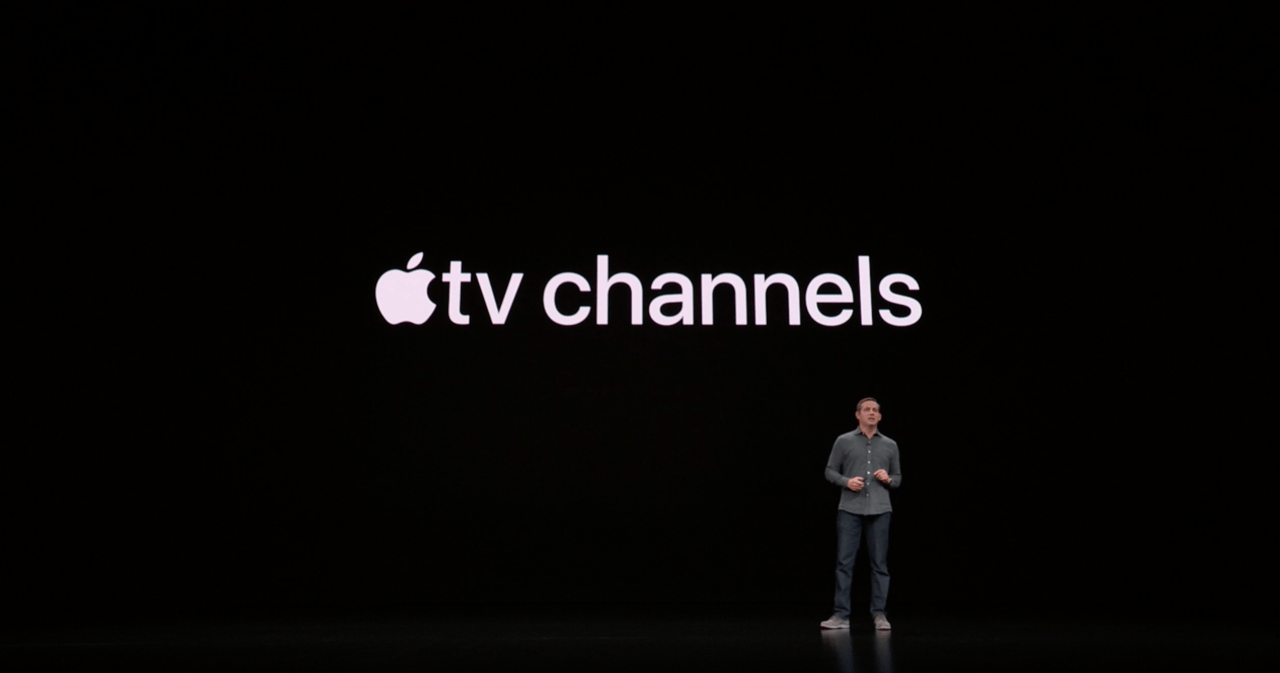 Apple today has officially shown off its upgraded TV application. The TV app now integrates with third-party subscriptions, allowing users to sign up for services directly through Apple. Peter Stern, Apple’s VP of Services, showed off the app on-stage.

The Apple TV Channels feature is being touted as perfect for those who don’t want a full bundle of channels. Apple is partnering with the likes of Showtime, HBO, Epix, CBS All Access, and more.

Essentially, you can subscribe to those services directly in the Apple TV application, using your iTunes account for all payments and billing. Content is also played directly in the TV app itself, as opposed to being kicked out to the third-party applications. Apple says:

The Apple TV app has also been redesigned. There are new curation features that use advanced machine learning to determine content you might like. The “Watch Now” tab helps you determine what to watch next. There are also new, redesigned tabs for Movies, TV Shows, Sports, Kids and Library.

Apple says the focus of the new TV app is to help you find new content to watch. You can swipe between TV shows, add them to your “Up Next” queue, and Netflix-like support for automatic trailer playback.

The all-new Apple TV app will be available in over 100 countries.