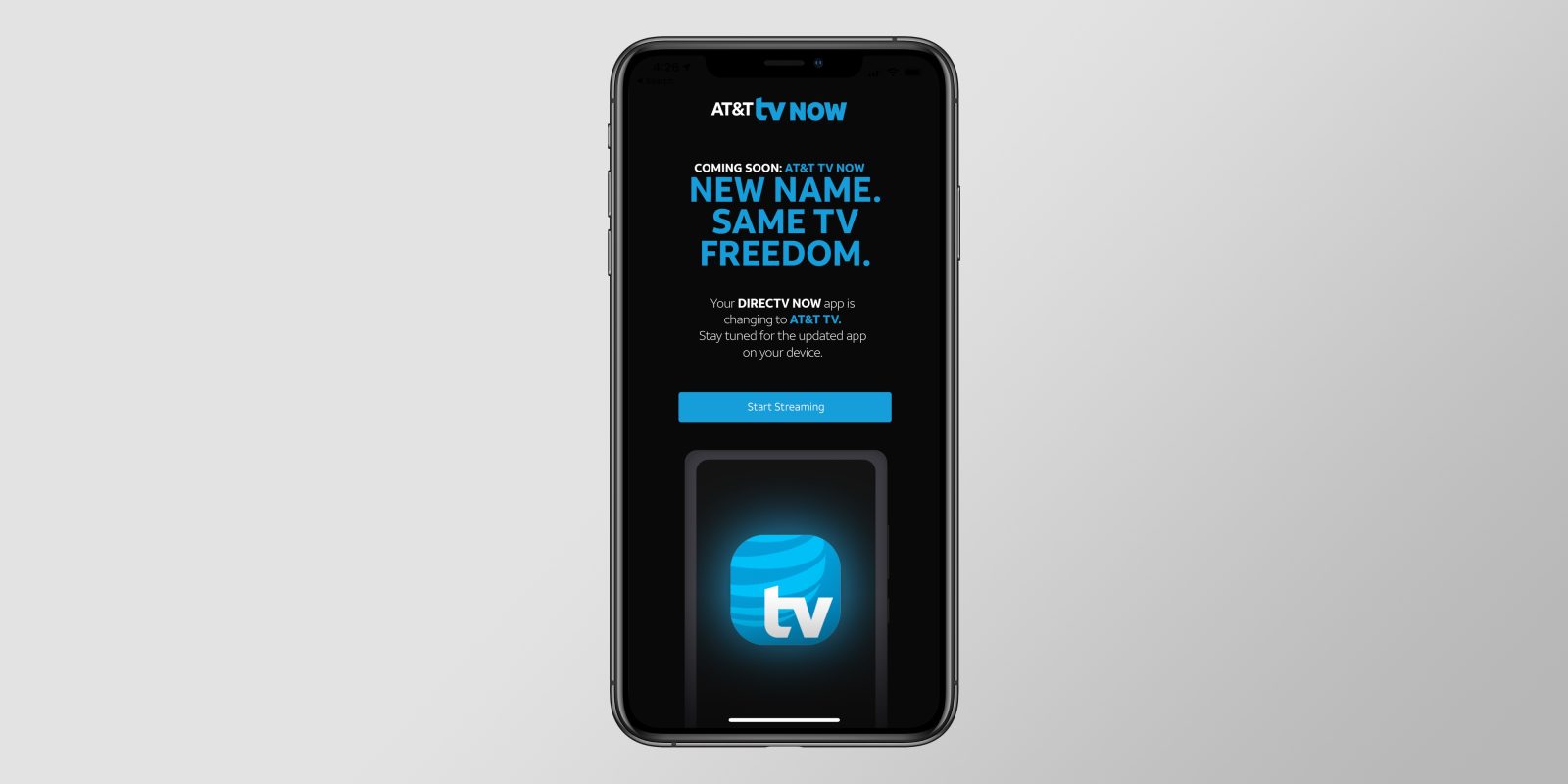 Several weeks ago, AT&T announced that it would be rebranding its DirecTV Now streaming service to AT&T TV Now. That rebrand has officially started rolling out to users starting today.

When you open the DirecTV Now app on one of your devices, you’ll be presented with a pop-up telling you that the service will soon become known as AT&T TV Now. AT&T is quick to note that you still have the “same TV freedom” with the new name.

As detailed by TechCrunch, the DirecTV Now took to Twitter today to tease that its account “is about to get a whole new look.” This was a clear hint at the impending rebrand, and the company confirmed that the change is officially starting to roll out to users today.

At this point, the DirecTV Now app is still branded as such in the App Store on iOS and tvOS. As the rebrand rolls out, we expect this to change sooner rather than later. Your app should update automatically, AT&T says.

For existing DirecTV Now users, not much other than the branding will change, at least in the short term. If you ever need to sign in to a TV app (such as ESPN), you’ll need to choose AT&T TV Now as your provider rather than DirecTV Now. If you’re already signed in, however, you shouldn’t have to reauthenticate. It’s unclear how the change might affect the Apple TV’s single sign-on feature.

As we explained last month, the goal with the rebrand is to streamline AT&T’s streaming TV services. The recently announced AT&T TV platform will use the same app as AT&T TV Now. Ideally, the company only having to maintain a single TV app will improve the experience across the board.

Have you noticed your DirecTV Now service rebranding to AT&T TV Now? Let us know down in the comments.

Heads up — this account is about to get a whole new look. Stay tuned for an exciting announcement. 👀