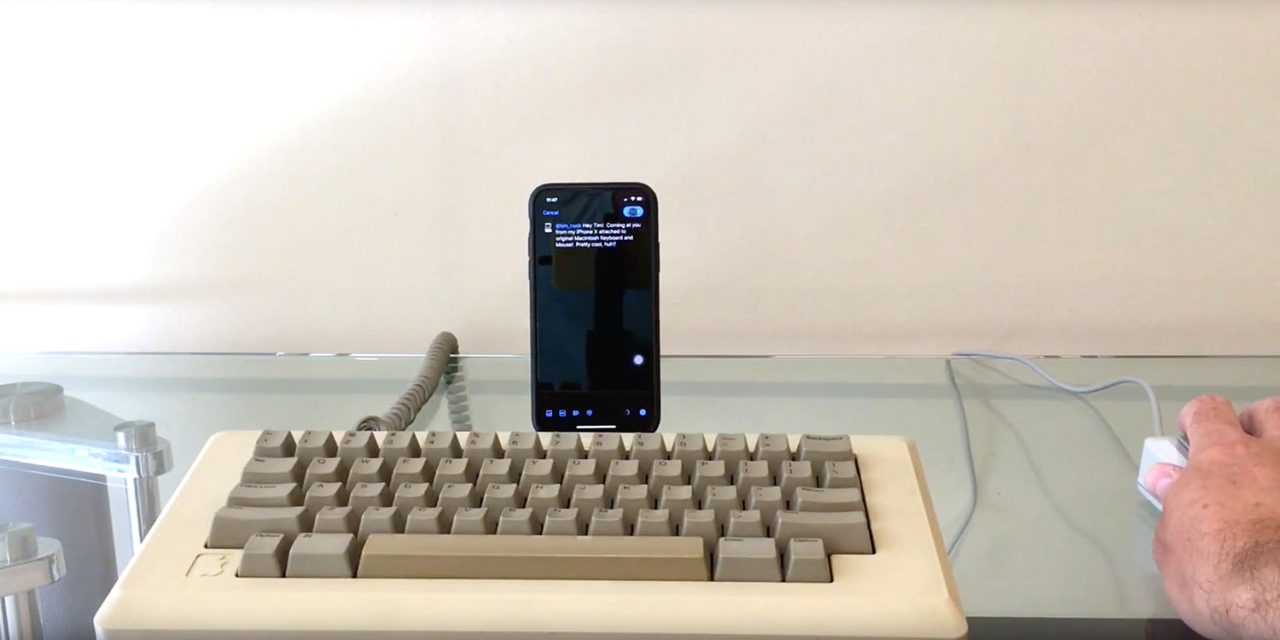 He’s previously tried to connect all kinds of unlikely Apple and non-Apple kit to an iPhone, including an iPod, floppy disk drive and Amazon Kindle. He’s now tried an original Macintosh keyboard, from the Macintosh 128k and Fat Mac models, as well as the original Macintosh mouse.

As he explains in the video, the mouse looks more modern, as it’s from a later platinum era, but the actual model number is unchanged, and it’s mechanically and electronically identical to the original.

Amusingly, he overlays the current Magic Keyboard over the Macintosh one and shows that if you ignore the bezel, the actual keyboard size is virtually unchanged.

The setup is surprisingly simple. To connect the devices, he takes the telephone-style RJ11 connector of the keyboard, and the serial connector of the mouse, and plugs each into a USB adapter. He then plugs the USB cables into a hub, which is in turn connected to his iPhone stand, effectively providing a single-connection USB-to-Lightning conversion.

For any mouse to work, you have to enable assistive touch in Accessibility, which then enables both mouse and keyboard.

After a bit of fun with Siri shortcuts, he then tweets Tim Cook to let him know what he’s done.

He subsequently did the same thing – and a floppy disk drive – to his LG TV: