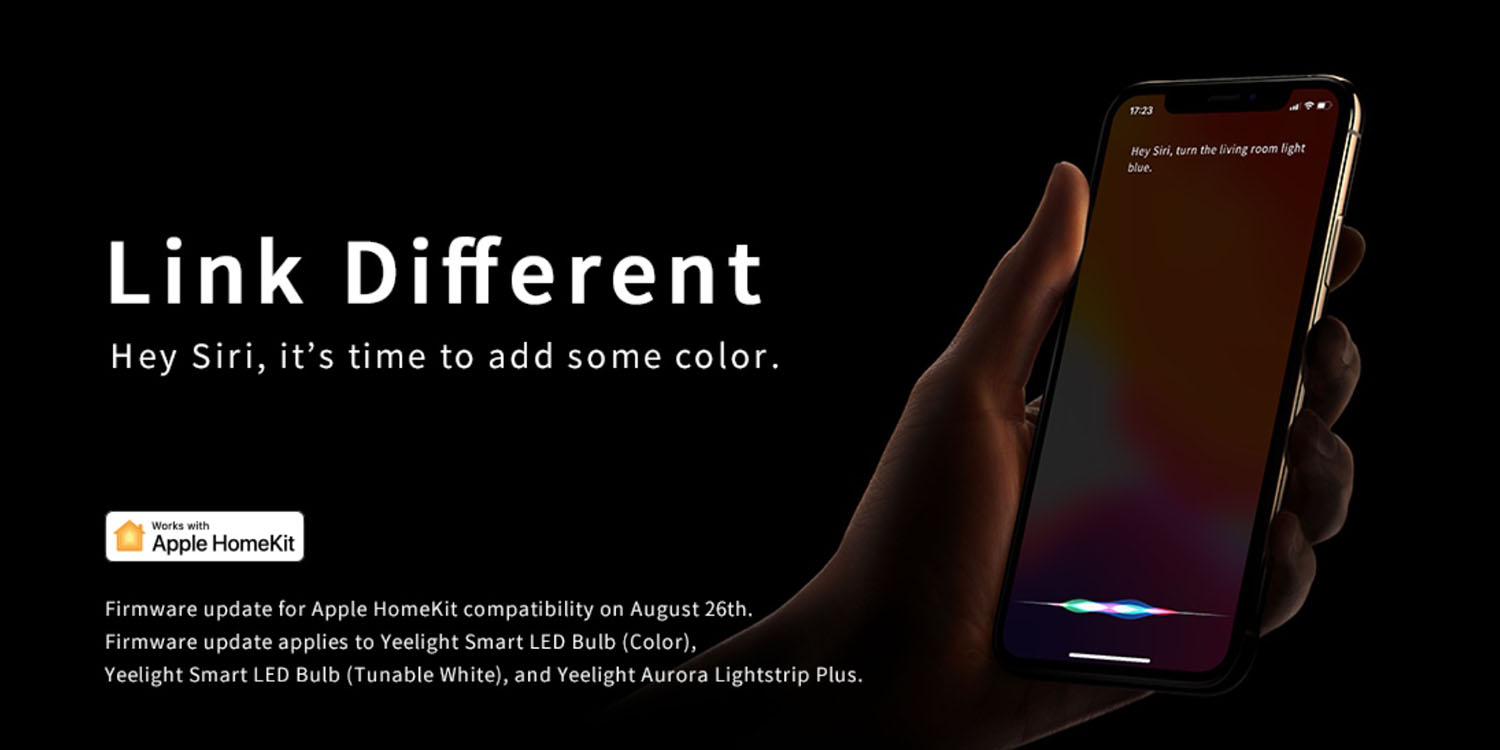 Yeelight HomeKit support has finally landed, after what the company says is eight months of work.

The company announced the news on its homepage and in a brief post.

Yeelight is dedicated to bringing the best smart lighting experience to our global users. In the past eight months, our engineers have worked very hard to bring HomeKit compatibility to three of our old products.

Simply upgrade firmware to the latest version and follow our instructions to like your Yeelight devices to HomeKit. Then enjoy HomeKit convenience with Siri on iPhone and iPad!

A reader tells us he got an in-app notification for his latest LED bulbs (model E27), but he also has some first-generation bulbs that don’t get support.

Yeelight offers a range of smart lighting products, starting at less than $20.

It’s not all good news where HomeKit is concerned, however. Zac Hall recently suggested that Apple’s Home app is actually worse for many users in iOS 13.

The Home app where users manage the smart home experience makes one design choice that is likely meant to make it more approachable. In practice, the change degrades the experience for a whole category of HomeKit products.

Where a device has multiple sensors, such as temperature and humidity, Apple integrates them into a single icon that you can tap to view details. That gives a neater appearance in the app, but removes the ability to see information at a glance.

The worst example is saved for last: HomeKit camera sensors. The Arlo Baby Cam is primarily used as a video camera with sound input and output. A firmware update to the camera later added support for five additional accessories using the product’s built-in sensors [with all data viewable in the Home app].

If you want to read the sensor data in iOS 13, simply tap on the camera tile, view the live video feed, find the button for other accessories in that room, then bam, you’ve managed to do something that was zero steps in iOS 12.