Two Australian Apple Stores were hit by thieves last evening who ended up stealing $300K worth of products, made up mostly of iPhones. Surveillance footage shows the burglars breaking the glass at one store with a sledgehammer and the other with a large crow bar.

Reported by ABC Australia, six thieves hit Apple Perth City at 2:15 am breaking the glass and attempting to steal iPhones and more before being thrown off by a taxi passing by. They made a run for it without taking any products.

The thieves then went to Apple Garden City in Perth’s Booragoon suburb. They allegedly threatened the security guard before breaking the store’s glass facade. On this attempt, the burglars made away with $300,000 worth of Apple products, mostly said to be iPhones.

Police noted that they found two vehicles that were connected to the robberies burnt and left in Perth’s southern suburbs. Authorities also warned the public about purchasing stolen devices and that Apple had already locked the devices via software.

We want to protect the public and we ask anyone considering buying second-hand or used mobile phones that are slightly cheaper to consider this because ultimately you could be left with something that’s useless.

By supporting or by buying these black-market products, you’re ultimately causing these burglaries to occur because you’re generating this market where people can buy technology cheap, so that makes this group of people want to do this again.

Check out the video footage of the burglaries from ABC Australia below: 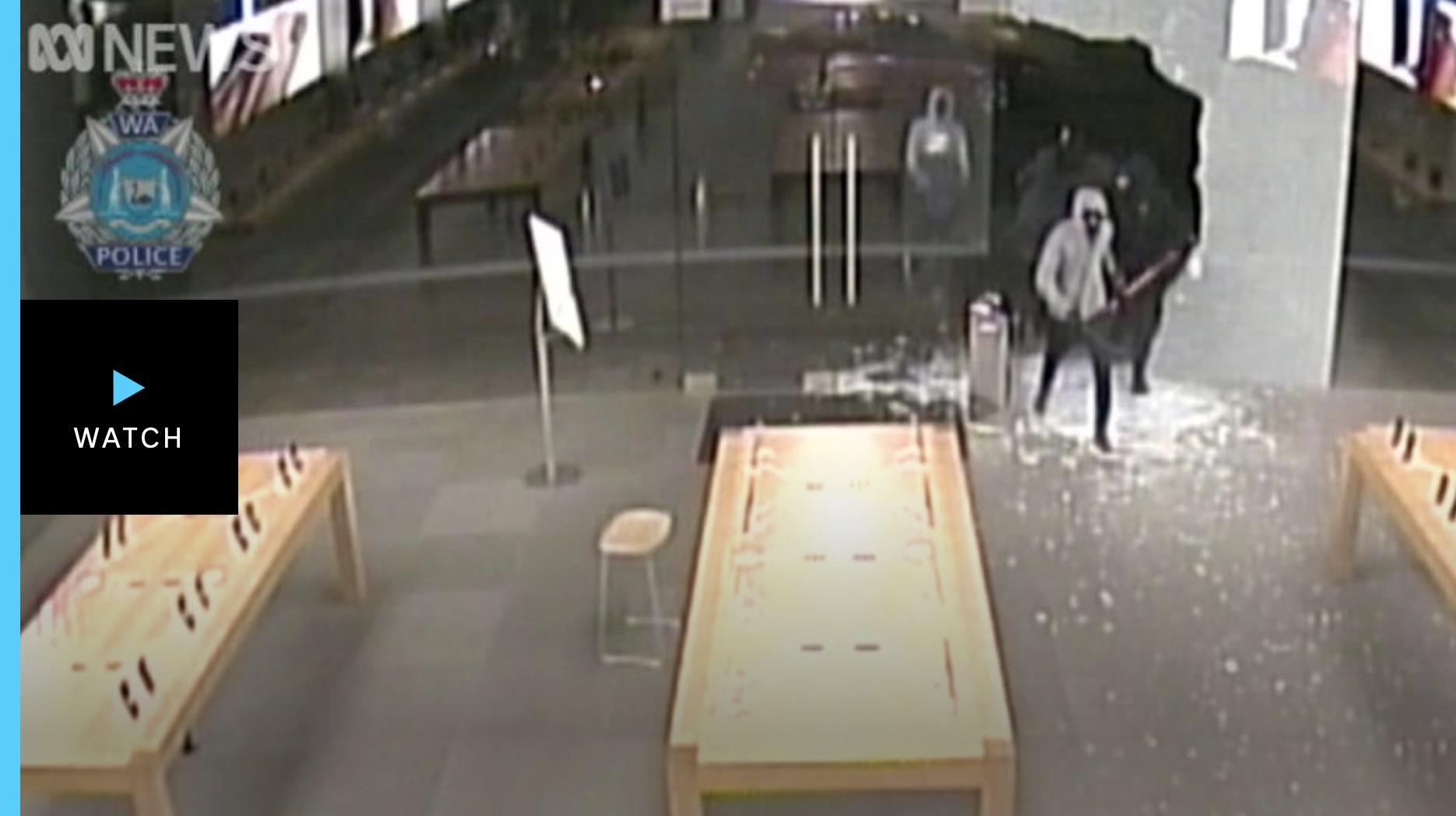