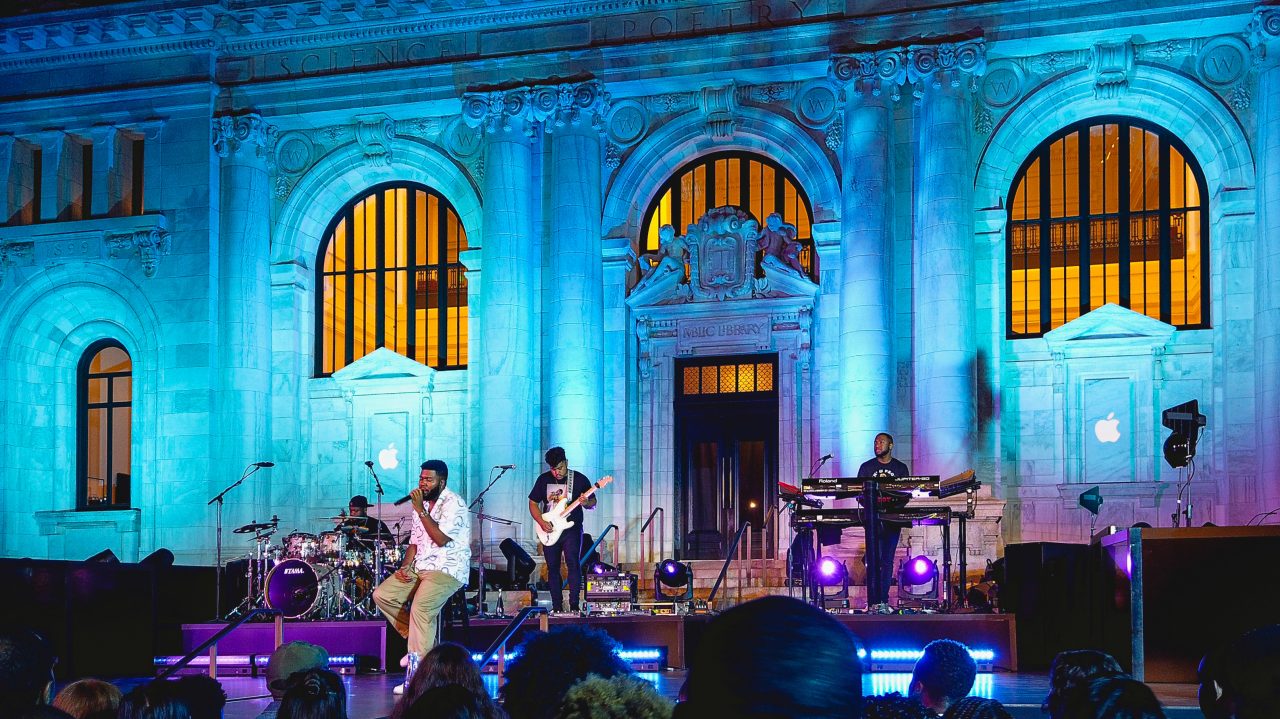 Apple’s summer-long tour of Up Next Live concerts concluded yesterday evening in Washington, D.C. with a performance by artist Khalid at Apple Carnegie Library in Mount Vernon Square. The series, created in partnership with Apple Music and Today at Apple, brought free concerts from rising musicians to major Apple Stores across the world through July and August.

Beginning in July, Apple Music subscribers could register for their chance at a ticket. The first six concerts were held in each Apple Store’s Forum or amphitheater after store hours. Artists performed against a backdrop of custom graphics reflecting the unique architecture of each store, followed by a brief Q&A.

Khalid’s finale comes in the midst of his Free Spirit World Tour running from May through December. Between tour legs in Miami and Berlin, the artist took Up Next Live outdoors on Carnegie Library’s front stairs to accommodate a larger audience. Concert attendees checked in with custom Apple Wallet passes and were given souvenir Up Next Live pins with an illustration of Apple Carnegie Library. Like all Today at Apple events at the global flagship store, ASL interpreters were made available for guests.

The event began with an appearance by Beats 1 DJ Ebro Darden, who noted the history of the location. Darden announced that the entire concert will soon be available for subscribers on Apple Music as a Live EP. Albums from previous Up Next Live concerts by Omar Apollo, King Princess, and Daniel Caesar have already been published. 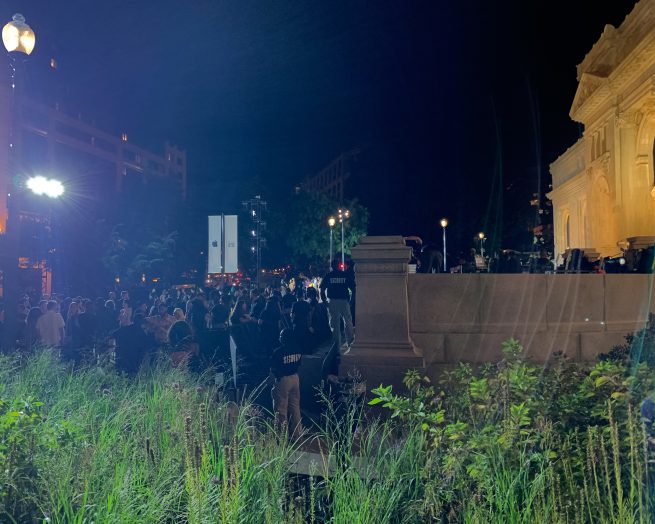 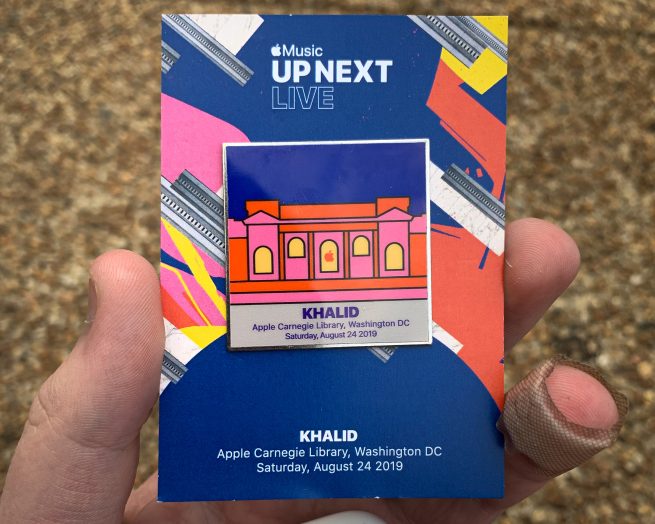 Khalid performed a roughly 50-minute set featuring a subset of songs from his Free Spirit World Tour. The concert began with “8TEEN” and included a rendition of “Talk,” the top hit also featured in Apple’s Memoji ad.