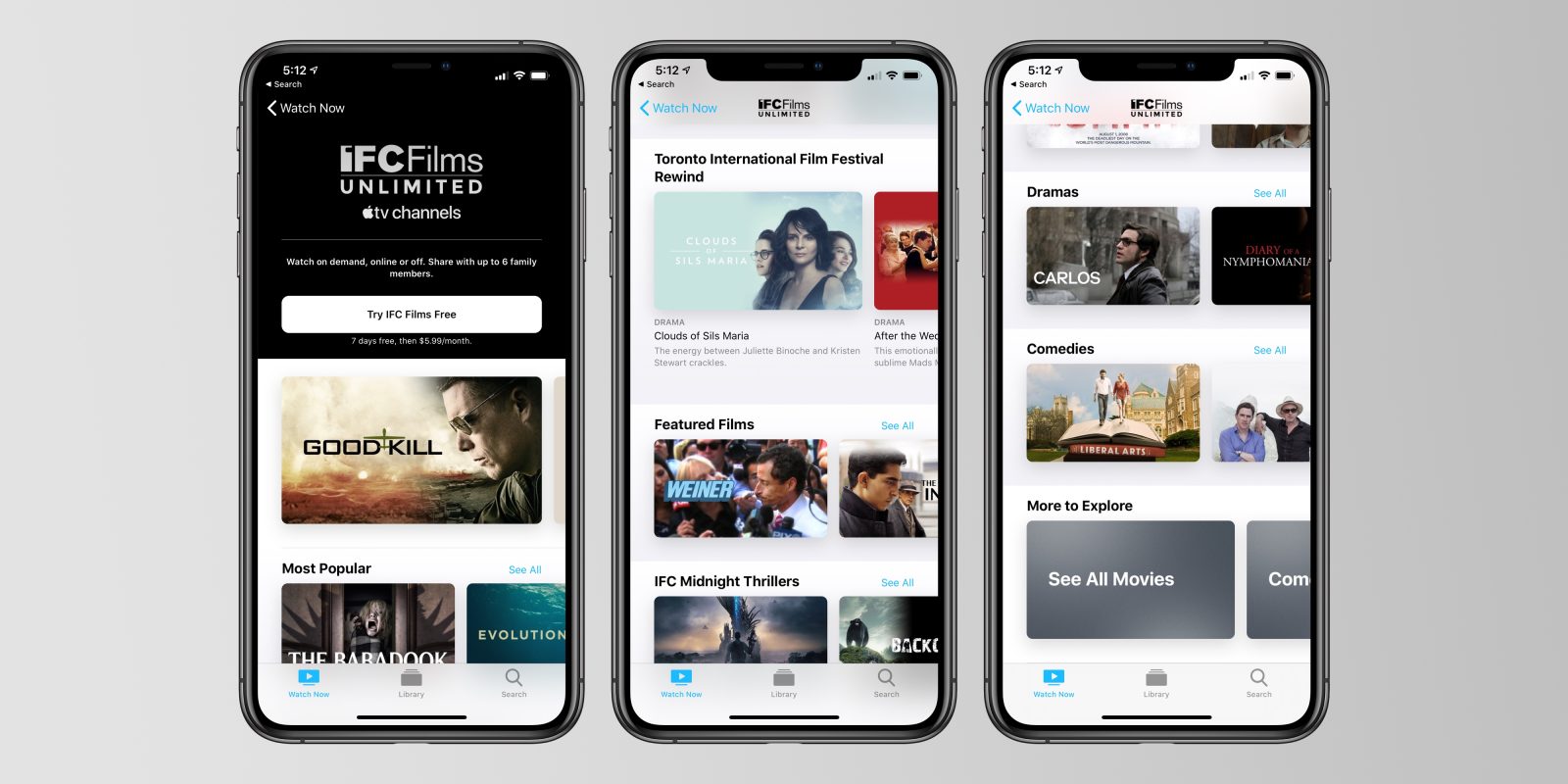 What kind of content can you expect to find with IFC Films Unlimited? Here’s what Deadline has to say:

IFC Films Unlimited launches with such past TIFF titles as the Olivier Assayas-directed Clouds Of Sils Maria, starring Juliette Binoche and Kristen Stewart; the Robert Budreau-directed Born To Be Blue with Ethan Hawke, the Christian Petzold-directed Phoenix, the Noah Baumbach-directed Frances Ha with Greta Gerwig, and the Matthew Brown-directed The Man Who Knew Infinity, which stars Dev Patel and Jeremy Irons, among several others.

IFC Films Unlimited launched back in May, but being offered through the TV app on Apple TV, iOS, and Mac vastly expands the availability of the streaming platform.

“Since launching in May, IFC Films Unlimited has outperformed our expectations, attracting specialty film fans who are looking for high-quality independent film across a variety of genres,” said Lisa Schwartz, Co-President of IFC Films.

To try out IFC Films Unlimited in the TV app, simply search for it or look for it under the “Available Apple TV Channels” header.