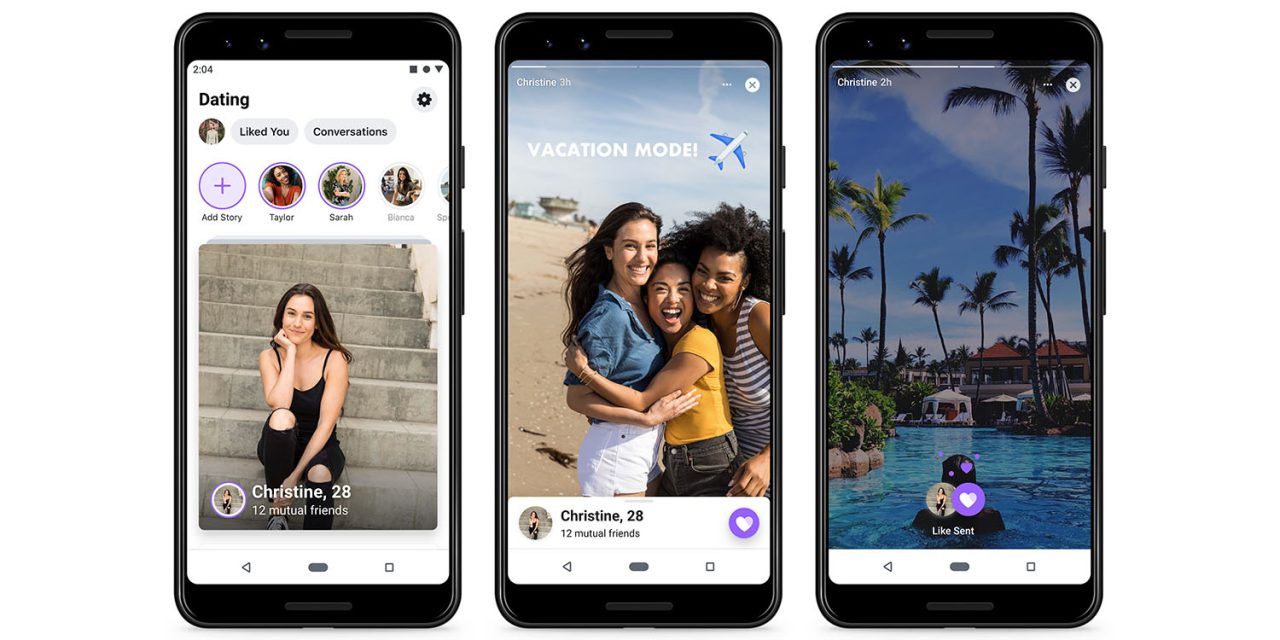 Facebook Dating has now officially launched in the US – which could be particularly good news for shy singles with a secret crush on one of their Facebook friends. There’s a specific feature designed to let you know whether the feeling is mutual without the risk of embarrassment.

Facebook first revealed plans for a matchmaking feature at its F8 conference back in April. We didn’t know then whether it would be a standalone app or integrated into the main Facebook app, but the company said last month it would be taking the main app route.

The social network is now officially rolling out the feature in the US, but you’ll need to opt in to enable it.

Starting today, you can choose to opt into Facebook Dating and create a Dating profile (separate from your main profile) if you’re 18 years or older and have downloaded the most recent version of Facebook. You will be suggested to others who have also opted in. People are suggested based on your preferences, interests and other things you do on Facebook. Facebook Dating isn’t about swiping or having to wait for someone to like you to get a first chance at reaching out. If you are interested in someone, you can comment directly on their profile or tap on the Like button to let them know. If you aren’t interested, you can pass on them. Facebook Dating allows you to match with friends of friends and/or people not in your friend circle.

Facebook believes its USP as a dating service is authenticity. Although dating profiles are separate from main Facebook profiles, it uses your profile data and Facebook activity to find matches with whom you have things in common.

Facebook Dating makes it easier to find love through what you like — helping you start meaningful relationships through things you have in common, like interests, events and groups. It takes the work out of creating a dating profile and gives you a more authentic look at who someone is.

Anything involving Facebook is going to raise privacy concerns, but the company claims to have this covered.

Finding a romantic partner is deeply personal, which is why we built Dating to be safe, inclusive and opt-in. Safety, security and privacy are at the forefront of this product. We worked with experts in these areas to build protections into Facebook Dating from the start, including the ability to report and block anyone; prohibiting people from sending photos, links, payments or videos in messages; and by providing easy access to safety tips. These features and others give you more control and peace of mind […]

Usually, Facebook Dating won’t match you with any of your Facebook friends. However, there is a specific feature called Secret Crush.

If you tell Facebook you are romantically interested in one of your friends, and they have opted into Dating, they’ll get a message telling them a friend has a crush on them – but not telling them who it is. That will prompt them to use the feature themselves. If they too pick you as a crush, you’ll both be told; otherwise, they will never know.

Two concerns have been raised about Facebook Dating. First, argues New York, while the company says your main and dating profiles are completely separate, it does potentially mean giving the company yet more personal data.

The problem, as ever, is that Facebook Dating is made by Facebook, a business whose main objective is to collect personal information and monetize it. It’s a seemingly useful service that also acts as a Trojan horse for the company’s existing interests […]

The fact that someone is using Facebook Dating is kept siloed; your Facebook life and your Facebook Dating life are supposedly separate. But under the surface, it seems as if every part of the service is integrated with Facebook’s other properties, which in turn gives Facebook more personal data to potentially target users with ads. New tactics, same old objective.

Second, The Verge suggests that the launch of the service raises possible antitrust issues given Facebook’s massive competitive advantage over other dating apps.

The most notable thing about Facebook Dating from a regulatory point of view is likely the way it takes advantage of at least five pillars of the company […] It uses your Facebook friend graph and profile to find you matches and verify the authenticity of your account. It lets you find romantic partners among people who are in the same Facebook groups, or attending the same Facebook events, that you are. It encourages you coordinate your plans on Messenger.

It’s another area where Facebook’s many strengths could crowd out competitors over time. If I were mounting an antitrust investigation against the company, it’s a product I’d take a very close look at.

As ever, let us know your own thoughts about Facebook Dating in the comments.