iPhone 11 Pro Diary: Night Mode is very impressive, but not yet good enough 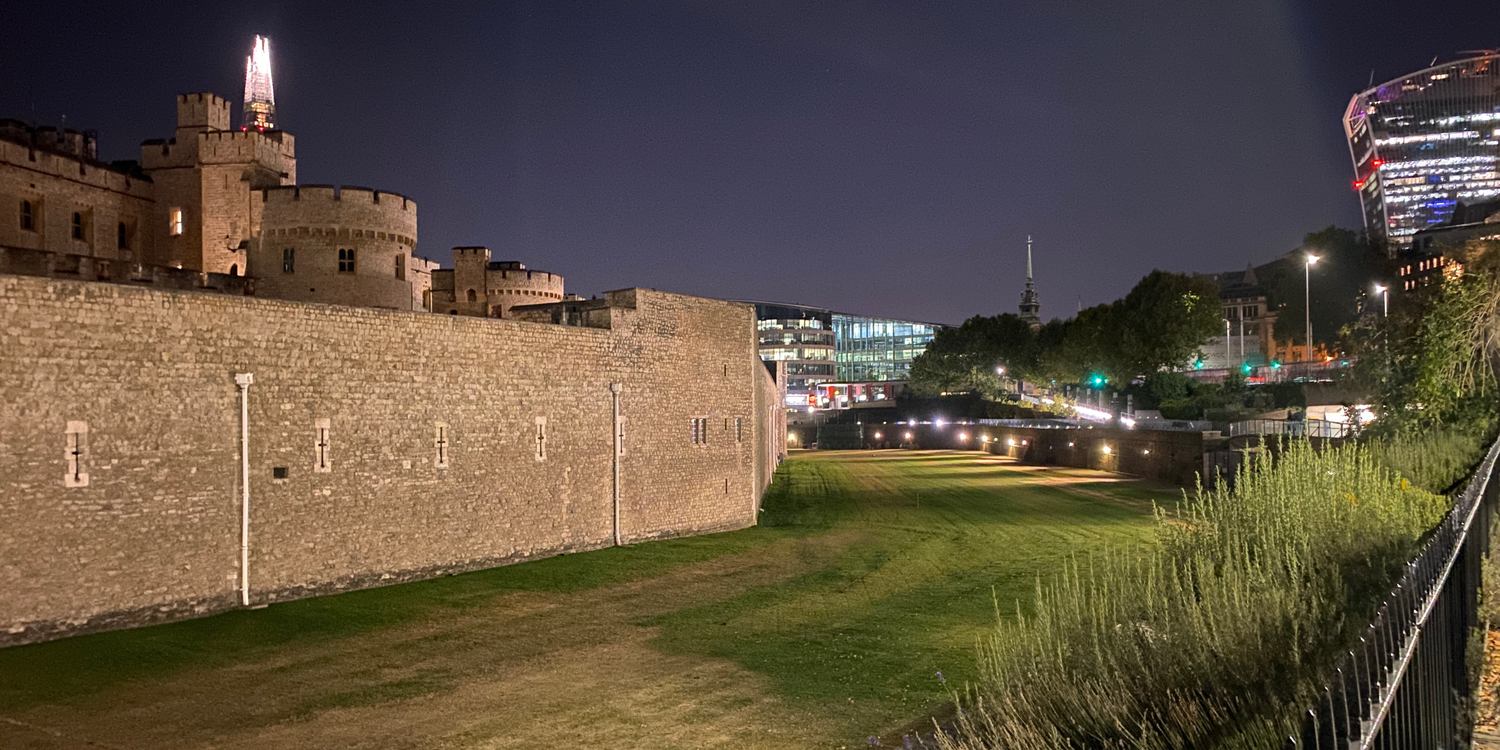 In my iPhone 11 Pro Diary pieces to date, there’s been one consistent theme: it’s all about the cameras. In particular, I wanted to know whether the combination of ultra-wide-angle lens and Night Mode might enable the iPhone to serve as the only camera I need when traveling?

Friday night gave me a few minutes to play around with Night Mode. We were on our way home from the theatre, so these are just a few very quick snapshots, but they give a decent initial sense of how well the Night Mode copes late at night…

I can give you the bottom line in a few bullet points:

So, let’s get into the details…

Night Mode is a massive improvement

Almost all of the sample shots, comparing the iPhone 11 against the iPhone X were, if you’ll excuse the pun, night and day different.

Here’s a shot of the Thames on the iPhone X: 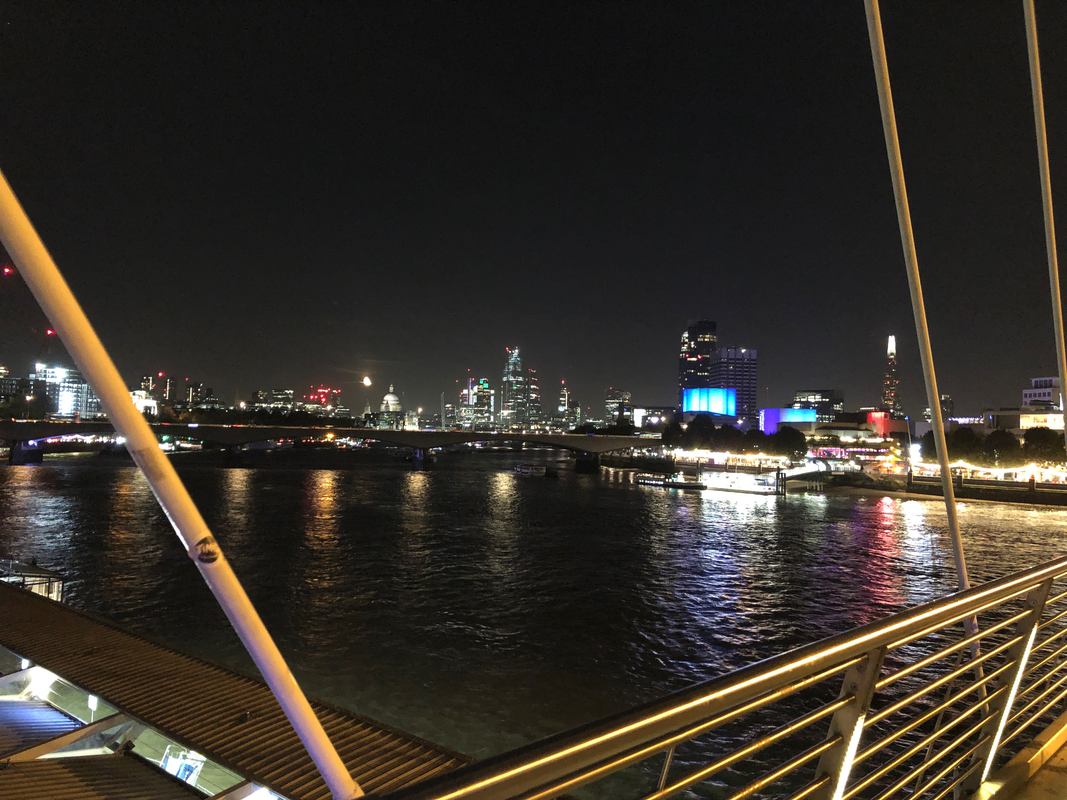 And here’s the same shot with the iPhone 11 Pro: 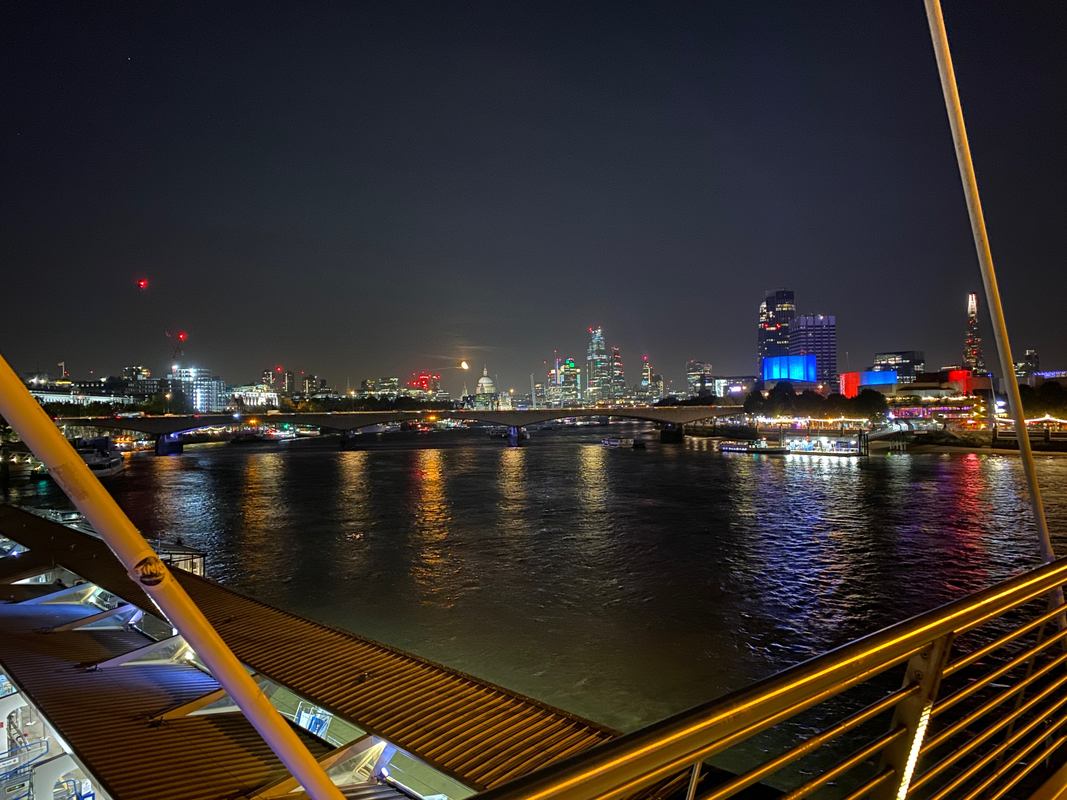 Even at web size, you can see some immediate differences. For example, look at the reflections of the lights in the water. Night Mode has pulled out more light, but also more color. All of the shadow areas have more detail.

But what’s equally impressive is preservation of the highlights in the iPhone 11 shot. Look in the 100% crops below at the dome of St Paul’s Cathedral (beneath the moon) and the National Theatre (blue-lit building, on the right). The iPhone X shots (top) have blown highlights, the iPhone 11 Pro ones don’t. 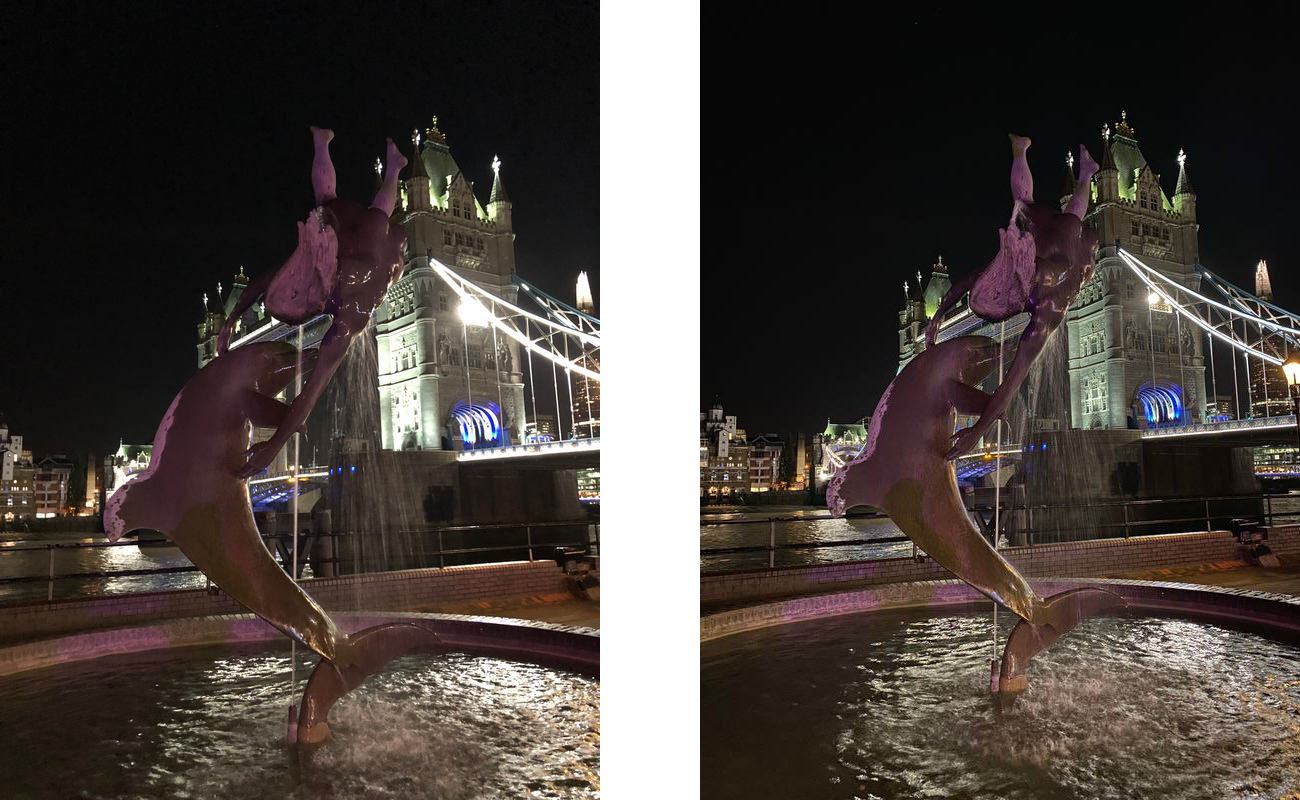 In this next pair (iPhone X top), look at the shadow detail on the footway, left, and the lit area of the building above it. 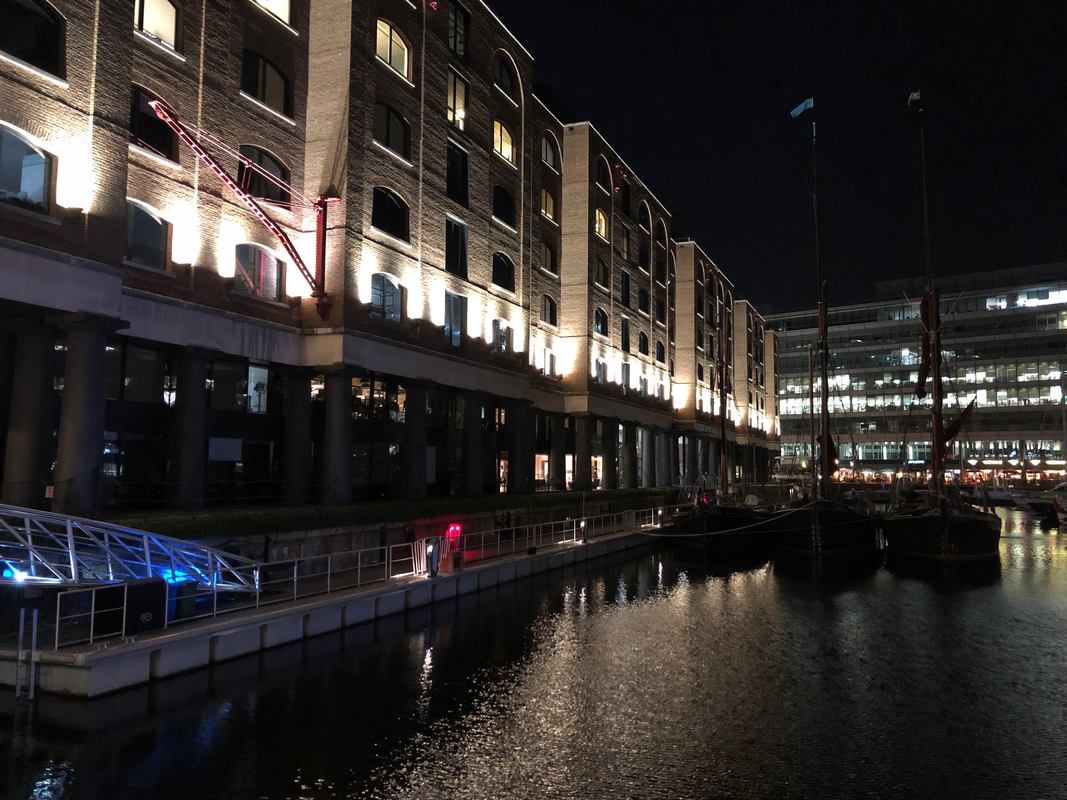 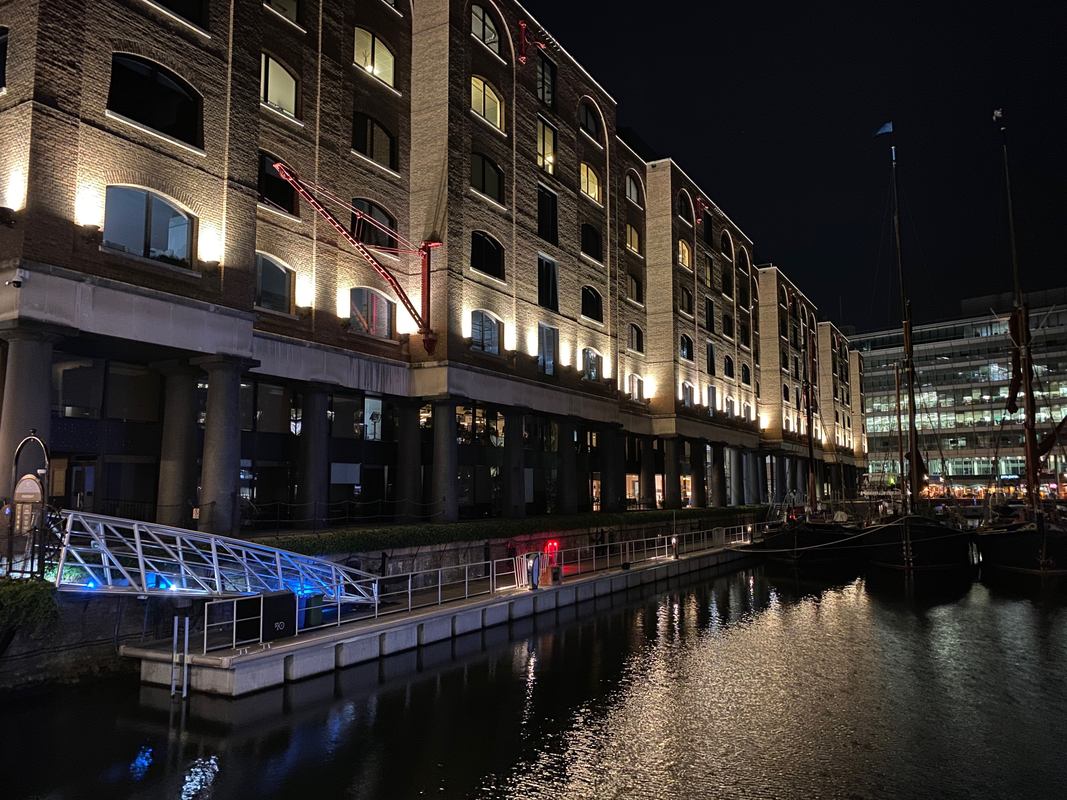 Here, the shadow difference is what jumps out, but check out the highlights on the tower wall, and the lights on Tower Bridge. 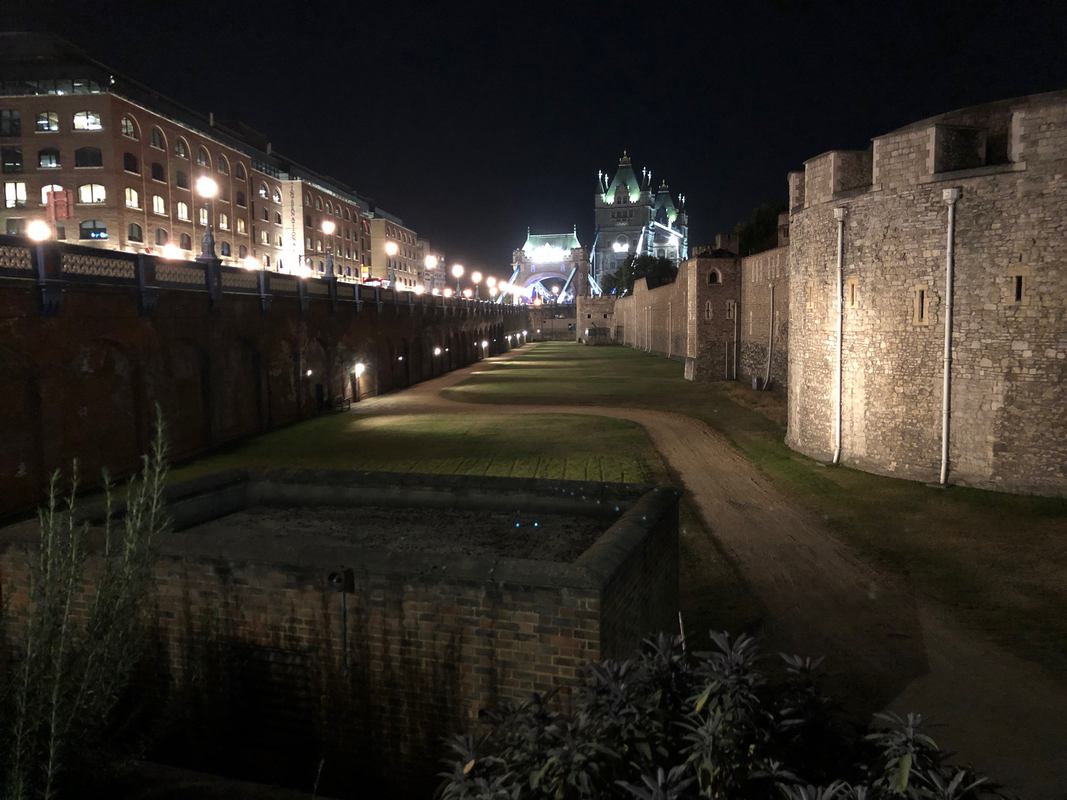 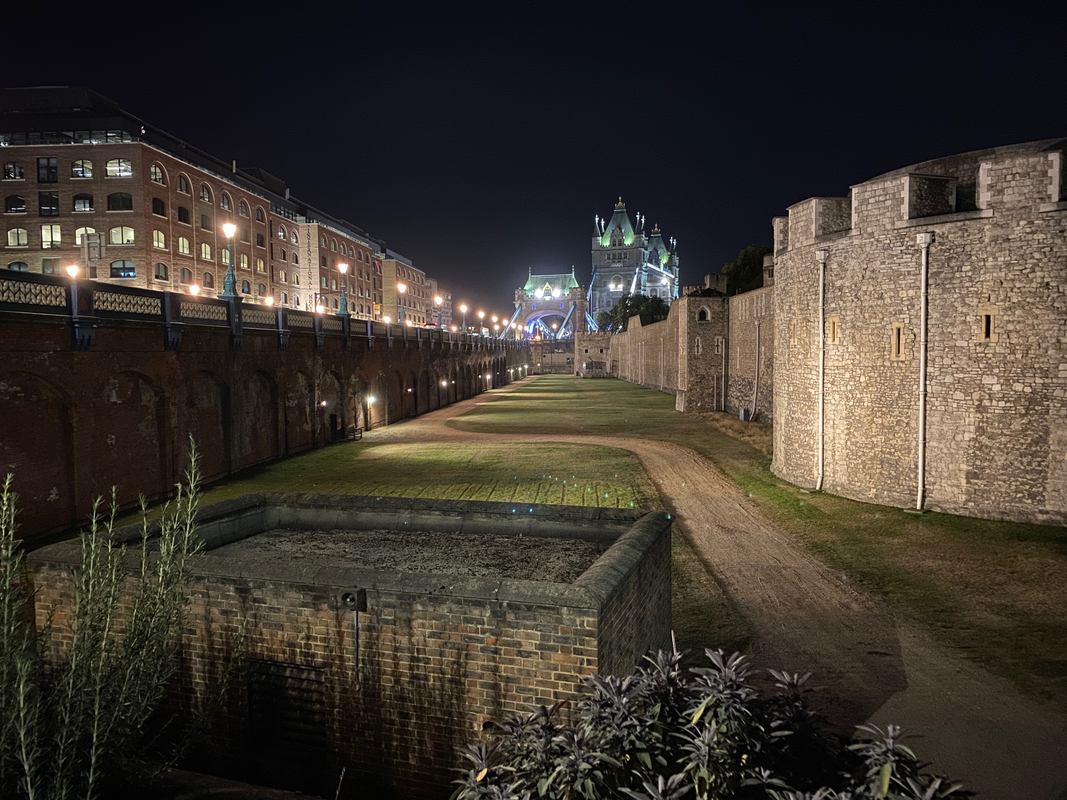 Beneath the bridge, the difference in the shadow area is obvious, but check out also the highlights in the office windows. 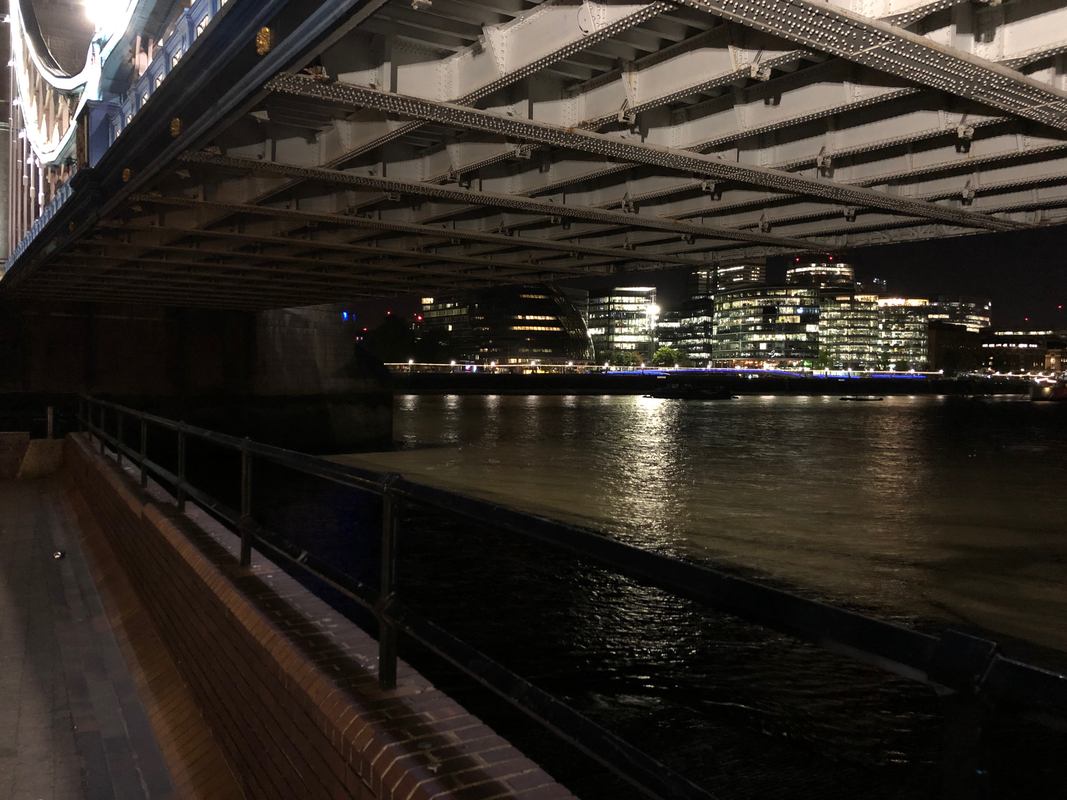 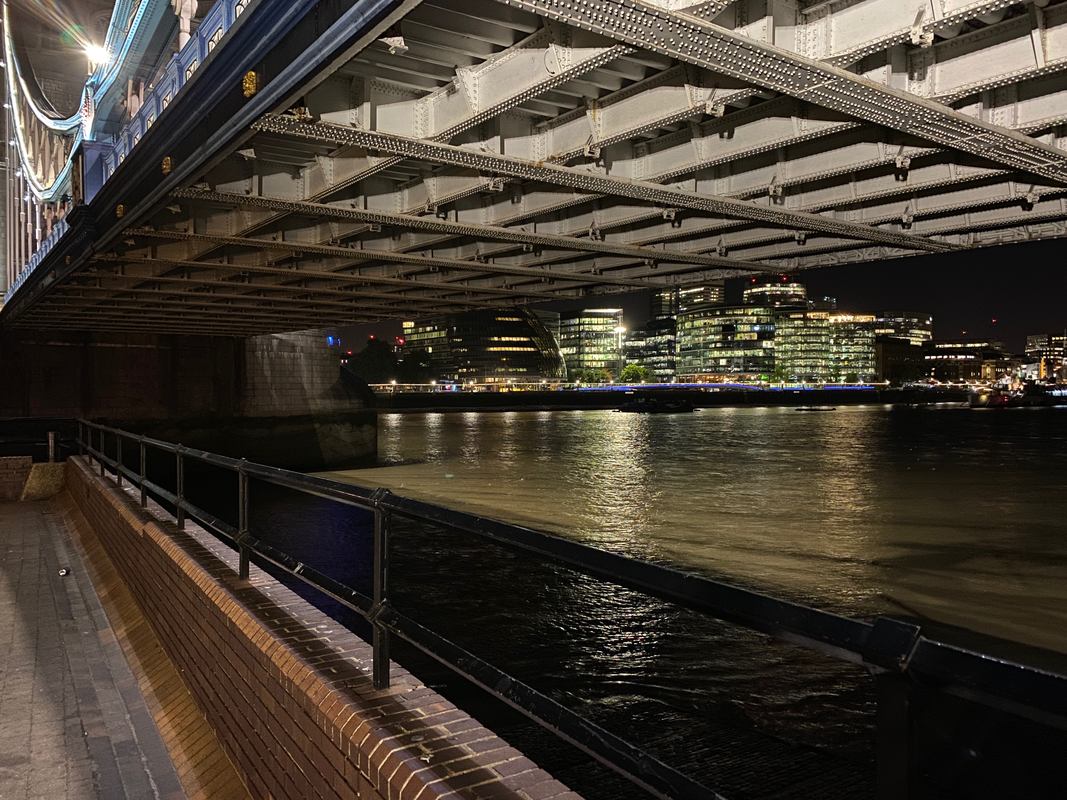 I could go on, but you get the idea. 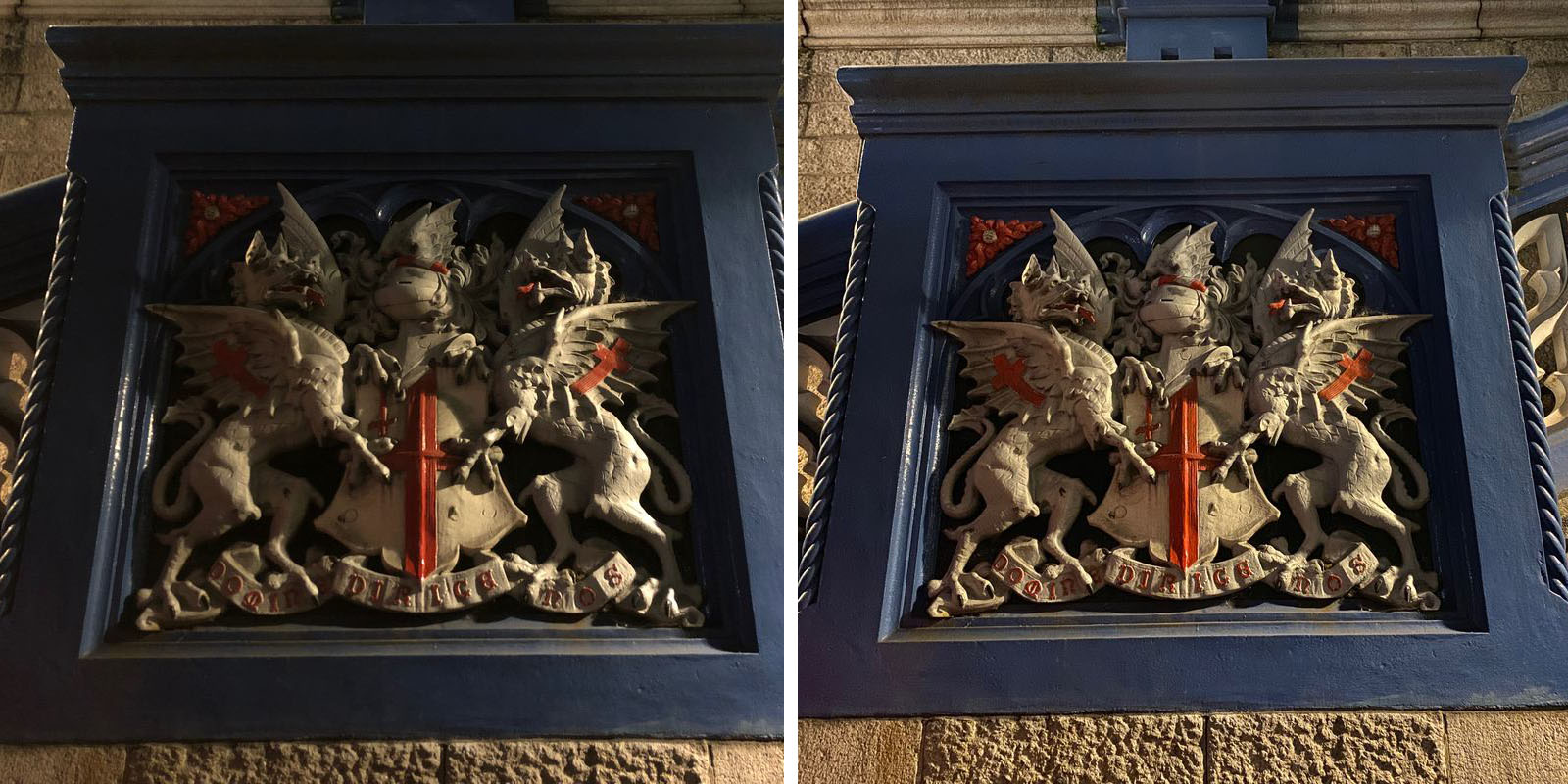 But there is an apparent exception

I mentioned in my review of night photography apps that there is one downside from sucking in every available photon from a scene, and that’s when shooting through double-glazed glass. Internal reflections which are almost invisible in a typical shot can become distracting in an enhanced one.

In the case of the iPhone 11, the impact of these reflections is so dramatic that it ruins the shot (iPhone X shot top). 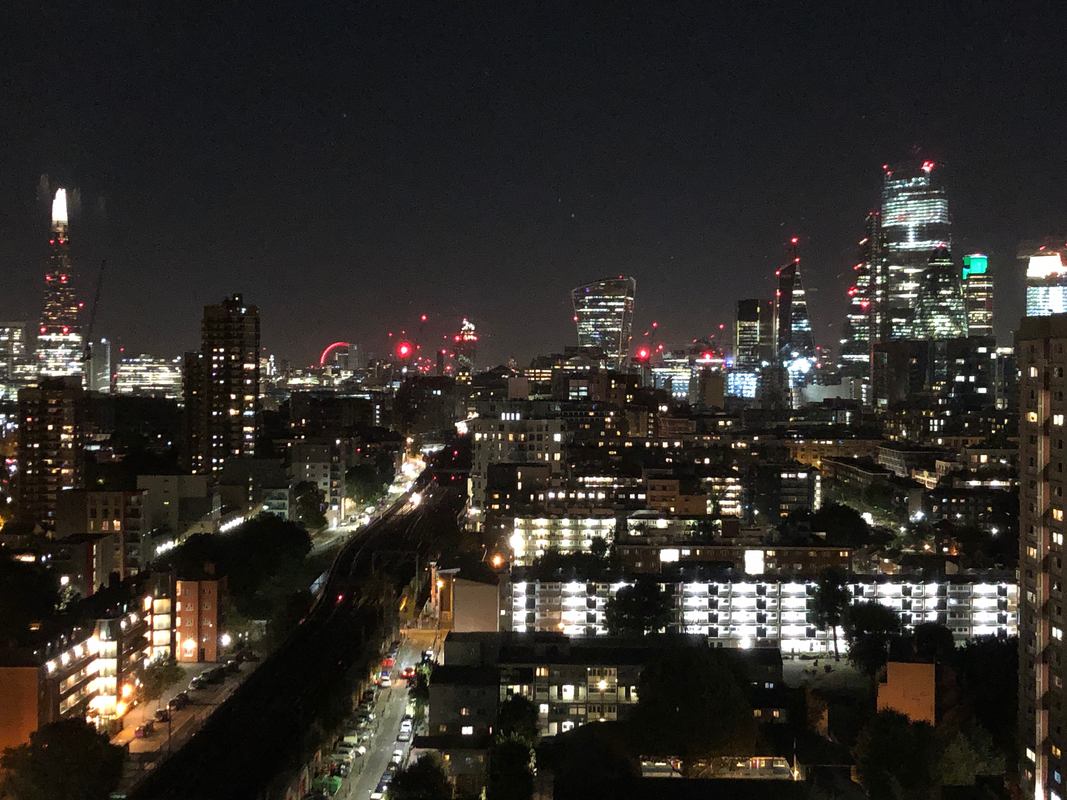 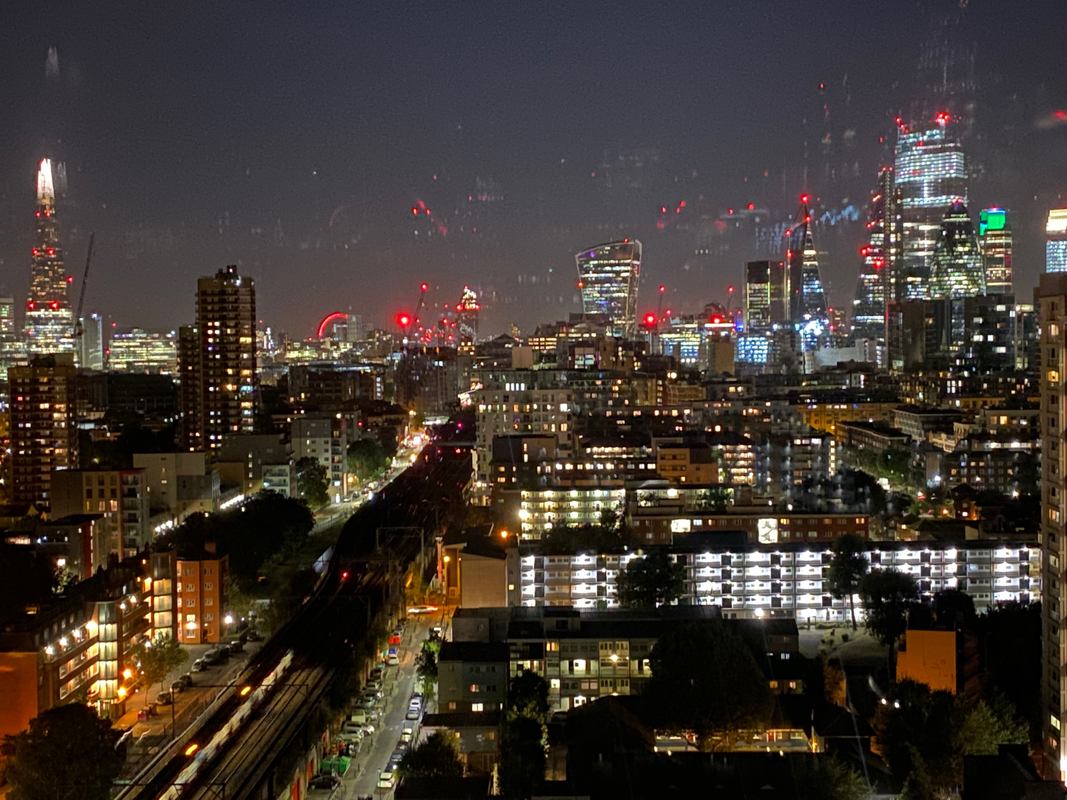 That was with the phone up against the glass – but of course, the iPhone 11 design makes it much harder to ensure the lens is 100% flat against the glass. I’ll do some more experimenting with this over the next few days, and report back in the next update.

It doesn’t replace a dedicated camera

Let’s take another 100% crop of that first river shot: 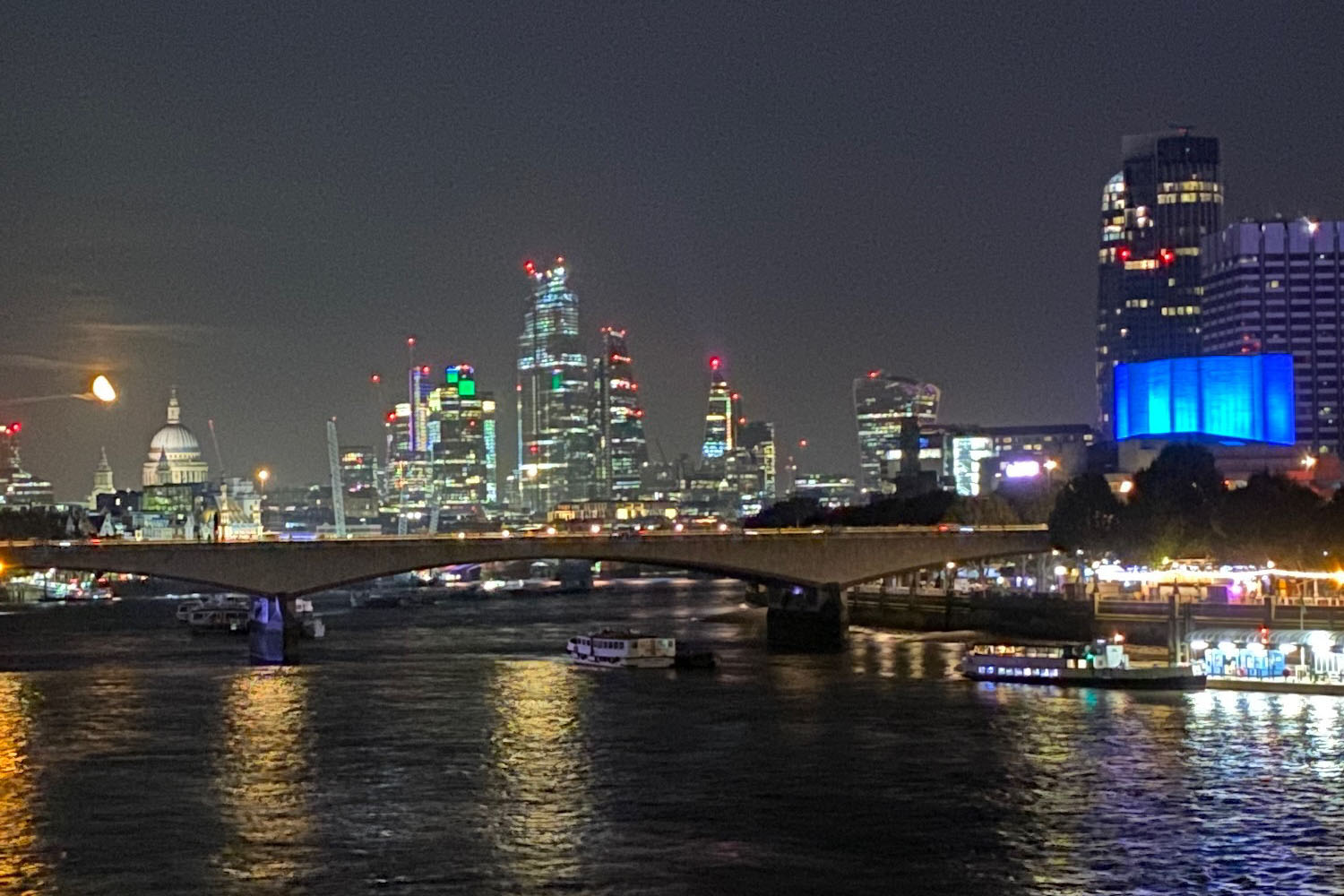 Now let’s compare it to a night shot taken with my Nikon D3, a now rather elderly DSLR, as a 30-second manual exposure. First the complete shot: 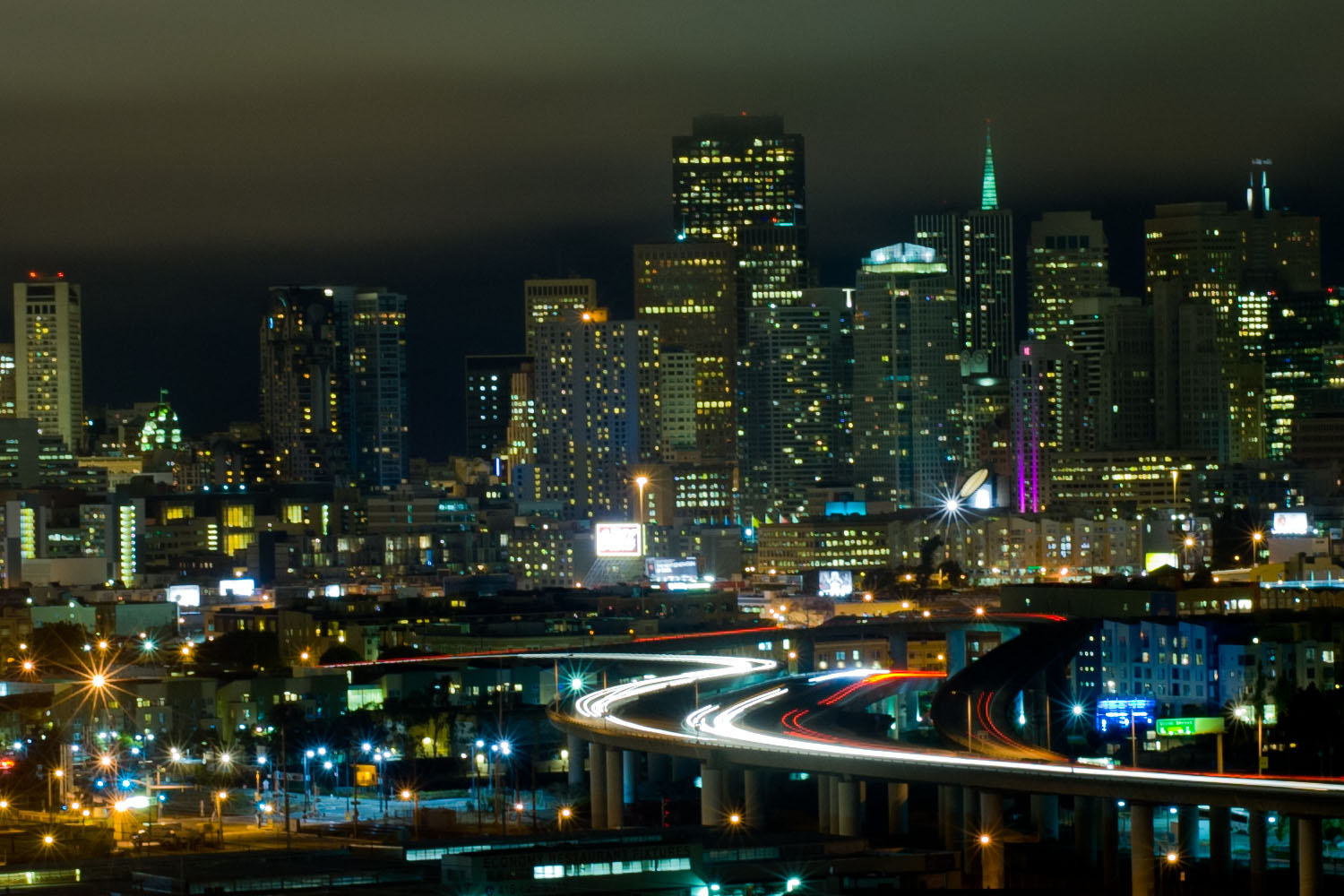 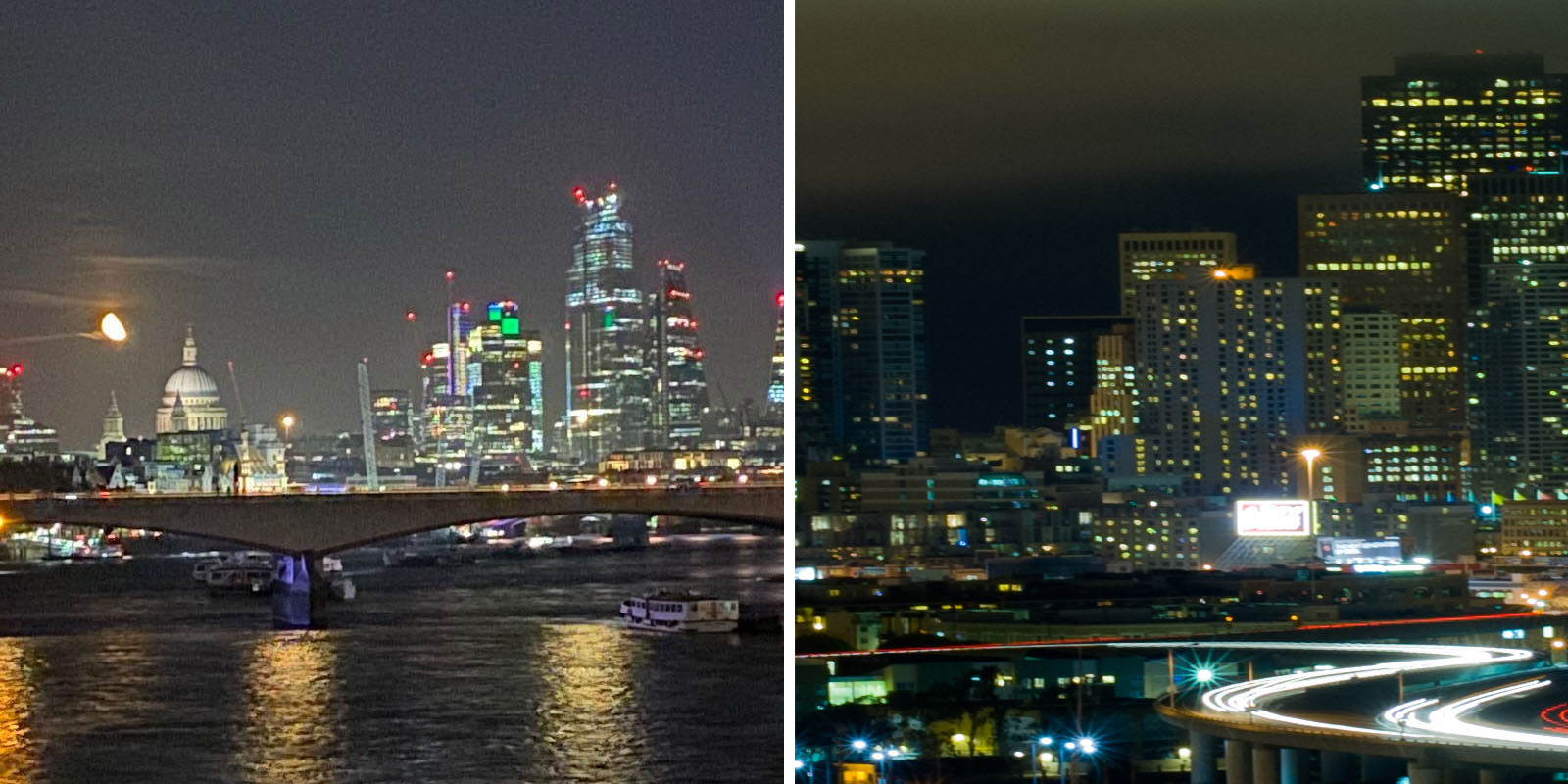 Look particularly at the sky – lots of visible noise in the iPhone shot, silky-smooth in the D3 one.

Look also at the river. The shot below was another 30-second manual exposure – this time with my Sony a6300. You can see the way the long exposure gives a pleasing smoothing effect to the water, in contrast to the messier appearance of the water in the iPhone shot. 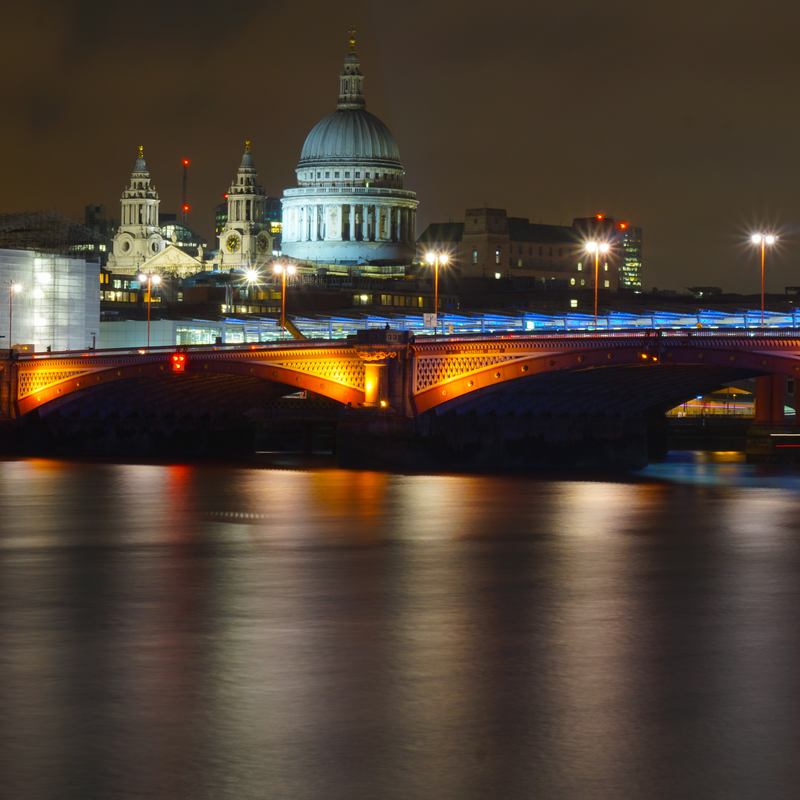 So, the bad news is that the iPhone 11 isn’t going to be my new travel camera, as I’d hoped. I’ll still be carrying the Sony for that.

One caveat here, though: all my iPhone shots were snaps, using auto mode. Apple says that ‘you can also experiment with manual controls to dial in even more detail and less noise’ – so that’s something I’ll be testing. I’ll also see what the maximum exposure length does to water.

But it does the job well enough for online viewing

100% crops are a very, very harsh way to judge a camera. In real-life, that’s not a view we ever have. If we blow up a photo into a large print, we stand back to view it. And if we’re viewing close, as on a phone or iPad, then we’re looking at a relatively small photo which hides many of the imperfections that show up when we stick our nose into the pixels.

I’m fussy about my travel shots. But the vast, vast majority of my shots in London are casual snaps. They are designed to share an experience with friends on Facebook – and the iPhone 11 Pro is absolutely good enough for that even in the darkest of conditions. I can get shots now that weren’t possible with earlier generations of iPhone.

Though there is one glaring omission

You can’t use both of the iPhone 11’s shiny new features together: Night Mode isn’t available with the ultra-wide-angle lens.

That’s unavoidable at the moment. The way Night Mode works is to take multiple exposures and stack them. Because the iPhone is normally used hand-held, it has to stack images that don’t align. The only way it can do this is by cropping in from a wider image to get all the pixels it needs, so there’s no way to do that if it needs 100% of the pixels in every frame.

But Apple could have sacrificed some of the width to give us a somewhat less wide lens with Night Mode. That’s a deal I’d have happily taken. Perhaps for a future model.

Perhaps not, though. Apple needs the feature to be idiot-proof. The difference between 13mm and 26mm is enormous, so it doesn’t matter how carelessly someone holds the iPhone, it will have the spare pixels needed to produce the composite image. If the margin were smaller, some Night Mode shots might fail.

I’ll do some playing with the video capabilities in the next week or two, but I shot the demo dance after my tango class yesterday, and absolutely love the zoom interface!

I want a close-up view of the movements, but need a wider view when the teachers come toward me. With previous iPhones, I could only do a crude jump between 1x and 2x lenses. With the iPhone 11, I can do this:

It’s a little hard to do smoothly and precisely enough for serious work, but that was only my second ever attempt, so I think with practice and in the right hands it could potentially be used for proper video shooting.

So, that’s my impressions of Night Mode on the iPhone 11 Pro – what about yours? Please share your thoughts in the comments.