Comparative review: Which is the best iPhone camera app for night shots? 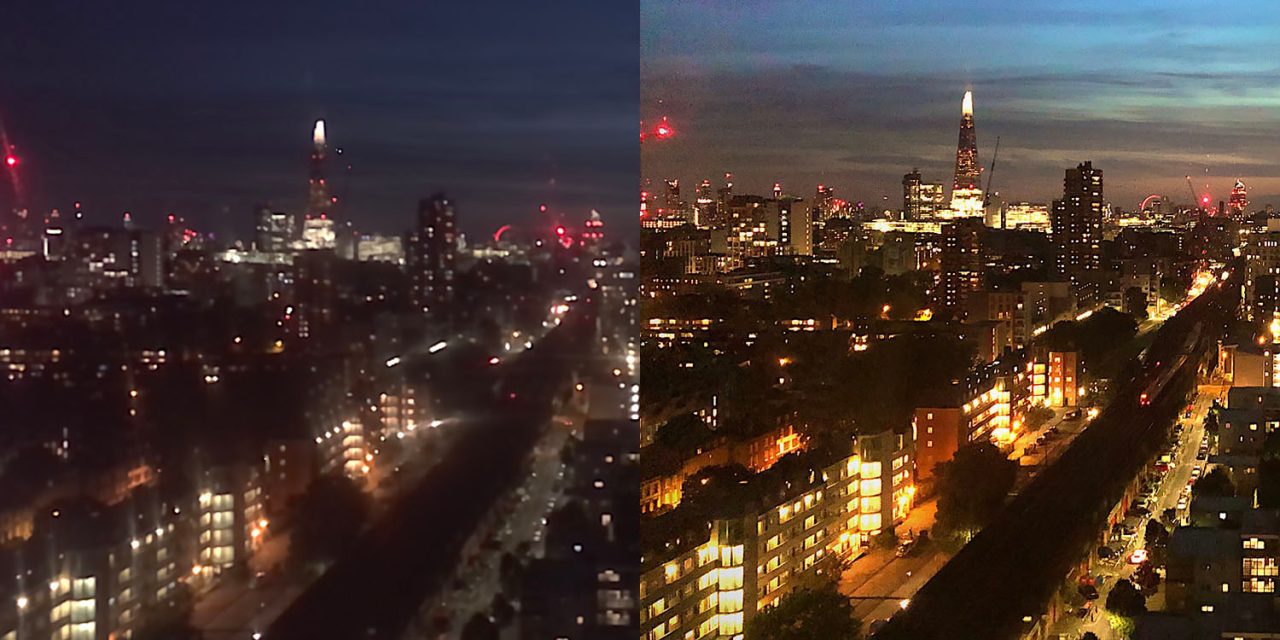 A quick play this week with NeuralCam suggested it might be in with a shot of being the best iPhone camera app for night shots — but I needed to put that to the test.

All photos were taken within the space of just a few minutes, so all were in the same light. In each case, I took two photos in succession to make sure there were no anomalies between them (there weren’t).

All photos were taken with no manual adjustment of settings. For ProCam, which is not solely geared to night shots, I selected night mode but left everything else unchanged.

The cityscape shots were taken with the camera pressed up against the inside of a double-glazed window, in the dark. The double-glazing means that you can see reflections of some of the red lights in particular in some shots.

The wine shots were all handheld. I did my best to hold the iPhone as steadily as possible, but I didn’t brace against anything, for a realistic test.

All shots are completely unedited bar a crop and resize. The resize is to 1500×750, the size I generally use for web and social media, and Photoshop quality 8 (my usual compromise between quality and file size).

For the cityscapes, I also include a close crop to show the quality in detail. Note that not all apps shoot at the same resolution, and I’ve resized slightly to get a consistent view in 1000 pixels across. Spectre has the lowest resolution, hence the much smaller close-up.

Note that I am only comparing night-shot performance here. ProCam can do much more, so my ranking here applies only to this specific usage.

To me, the key requirement for night shots is capturing cityscapes at night. This is the one area where smartphones have historically been weak, and the main reason I still carry a standalone camera these days when traveling. It’s also the one shot where we really care about quality. If it’s people at a party, we’ll go put them in some light if we want proper shots; if we’re shooting in the dark, it’s for the memory. But travel shots need to look good.

In every city I visit, I always head to the top of the tallest building I can find with public access, be it an observation deck or bar. I used to carry a DSLR with me, and more recently switched to the Sony a6300. This isn’t in quite the same league as my now rather elderly Nikon D3, but the difference in quality is small, and the difference in size and weight isn’t!

But I’d love to be able to carry nothing more than an iPhone, and it’s this scenario I wanted to test. We’re very fortunate in this respect: I don’t have to even leave the sofa to take night cityscape shots.

So here, worst quality to best, are the results. 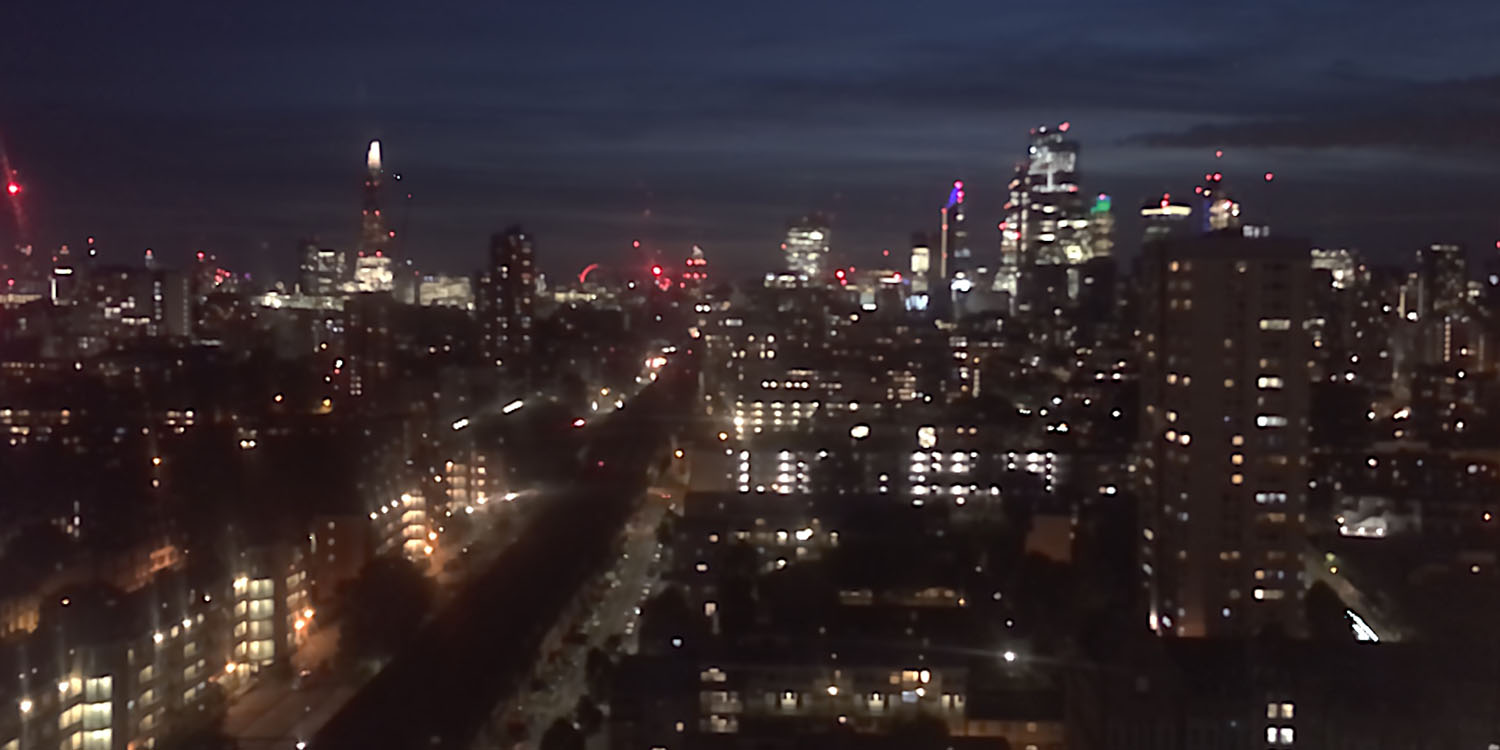 As Spectre was from the team that brought us the really impressive Halide, I’d expected great things from it. Unfortunately, it was by far the most disappointing in both tests. With the cityscape, the result was just a fuzzy mess. It was way, way worse than the stock Camera app.

Where the interior shot is concerned, Spectre is good for only one thing: giving a realistic impression of just how dark it was! I would say this is a very good match for my actual view in this light. 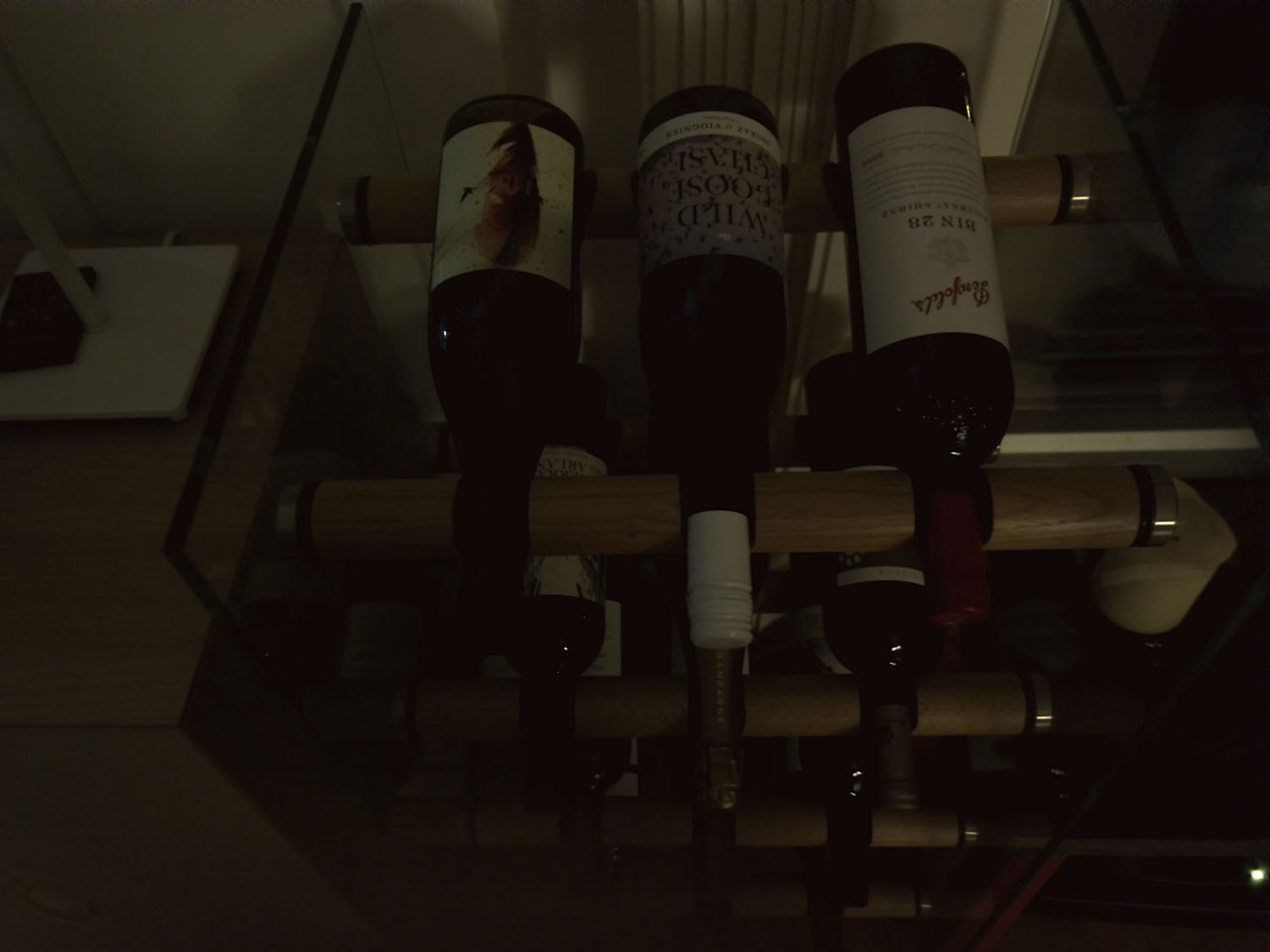 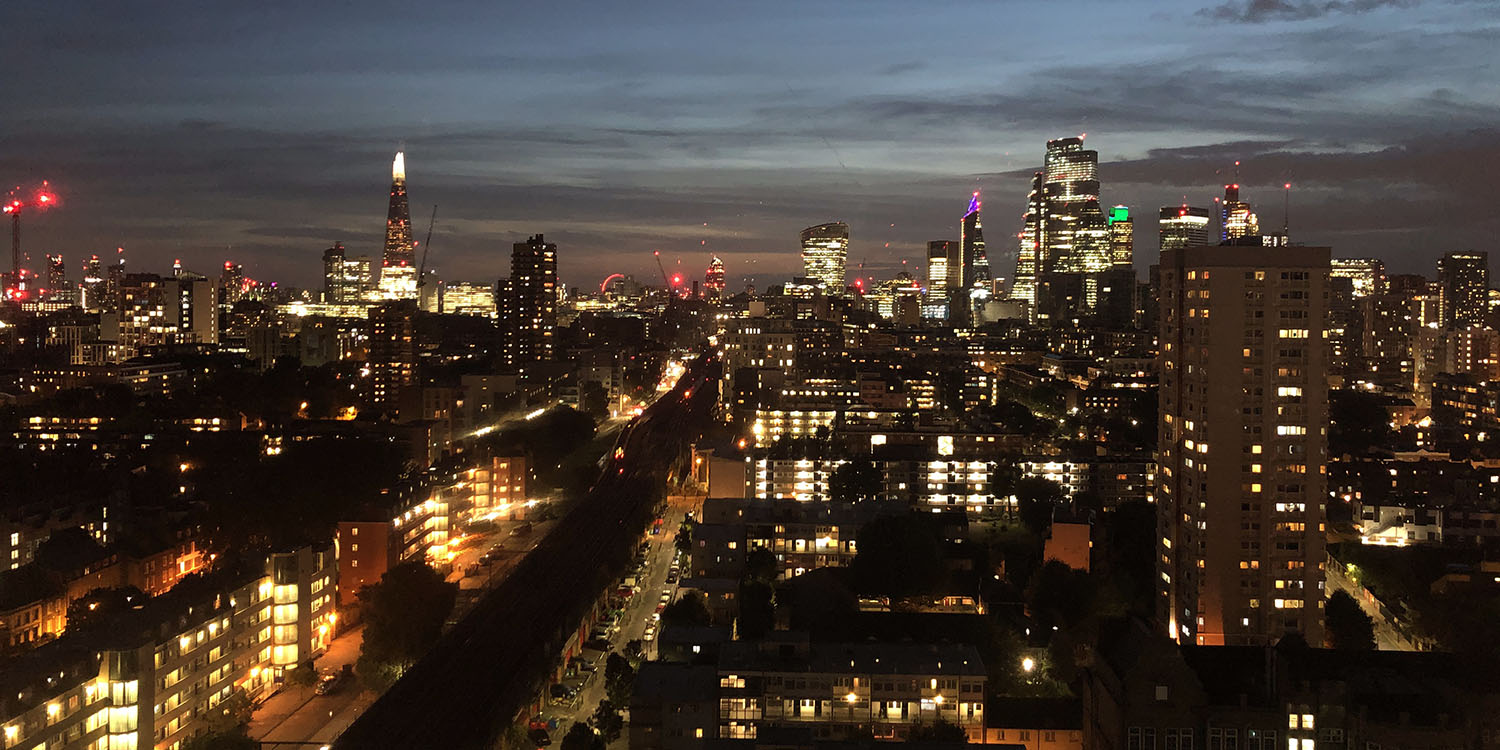 NightCap succeeds in pulling out more light from the shot than the stock Camera app — but not dramatically so. And it does so at the cost of over-exposing the highlights (the blown-out windows) and introducing more distortion, especially visible toward the end of the foreground buildings. On balance, then, I rate this below the stock Camera app. 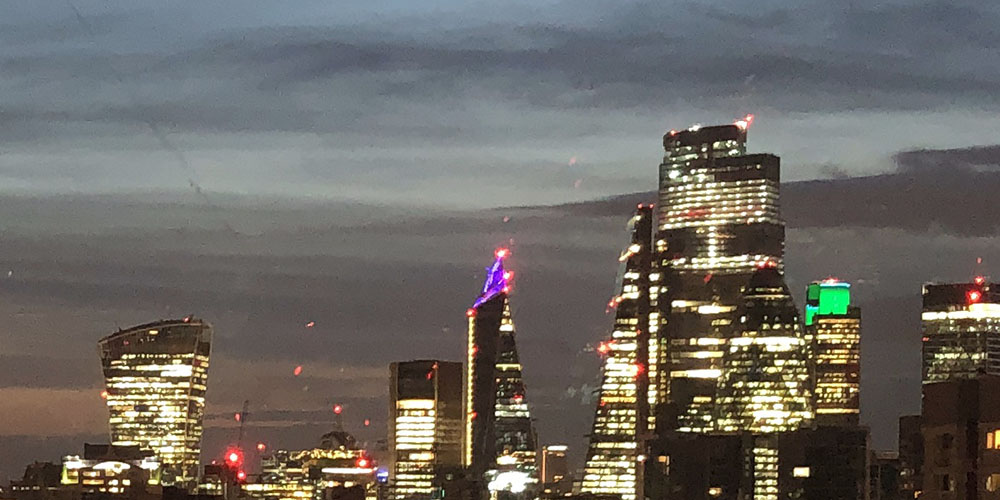 The interior shot is very fuzzy and with lots of noise. 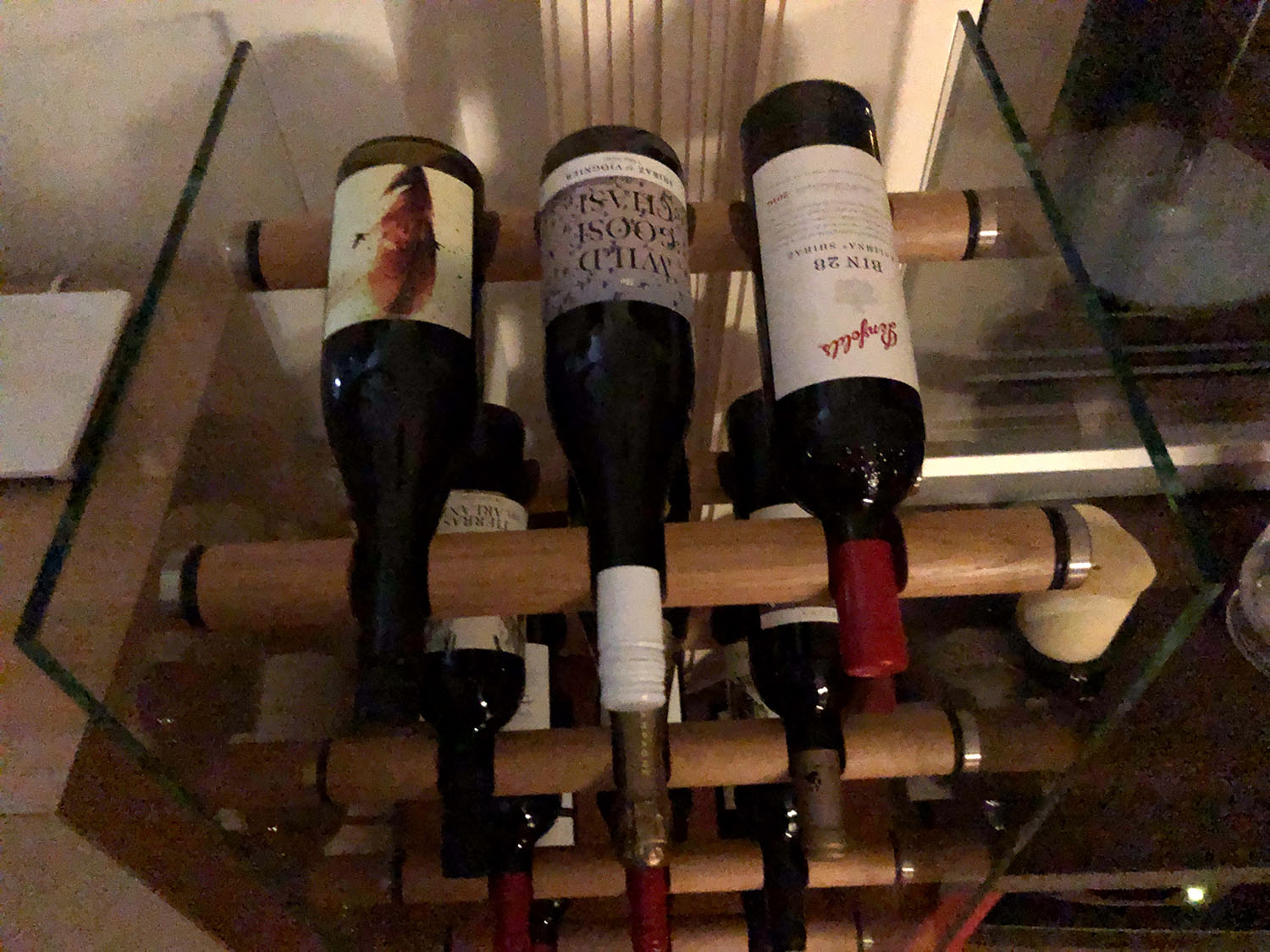 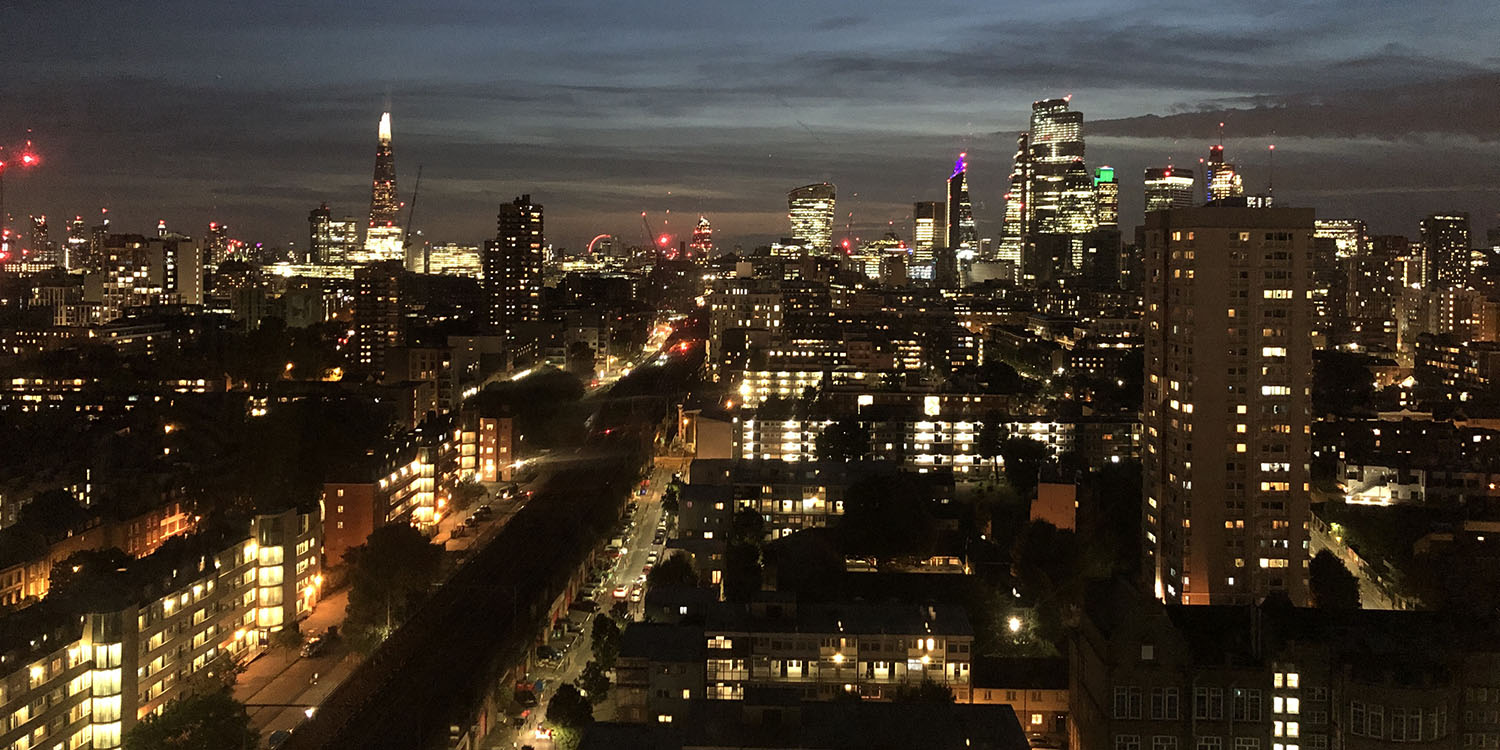 There’s very little to choose between NightCap and ProCam. Both pull out pretty much exactly the same amount of light, though with some variance between shadows and mid-tones. Viewed at the 1500 pixels wide resolution we’d typically see photos on the web or on social media, there’s not much visible difference. Close-up, though, we see a little less distortion in the ProCam shot, so I’m giving it the edge here. 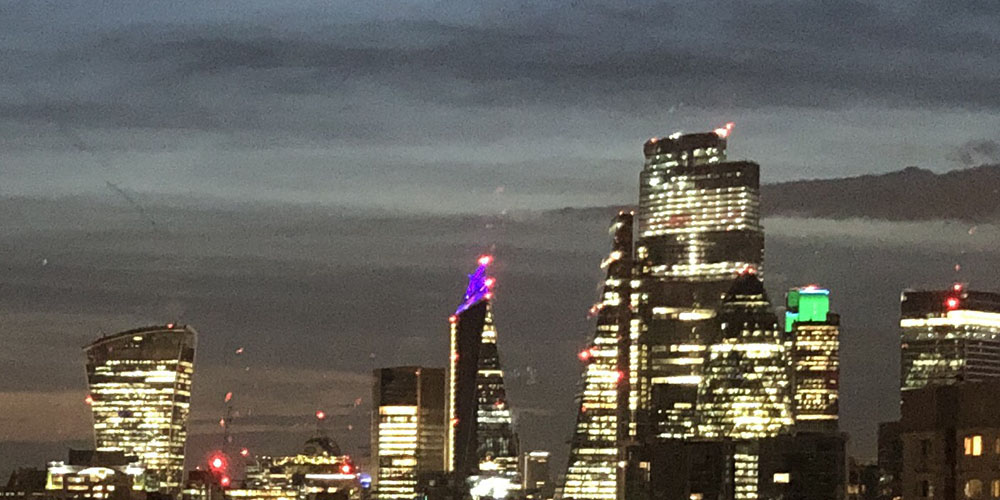 The interior shot really isn’t bad. There’s a fair bit of grain, which gives something of a pixellated look to the text, but honestly, for the amount of light here, I’m impressed. I’d actually rank it #2 for this shot. 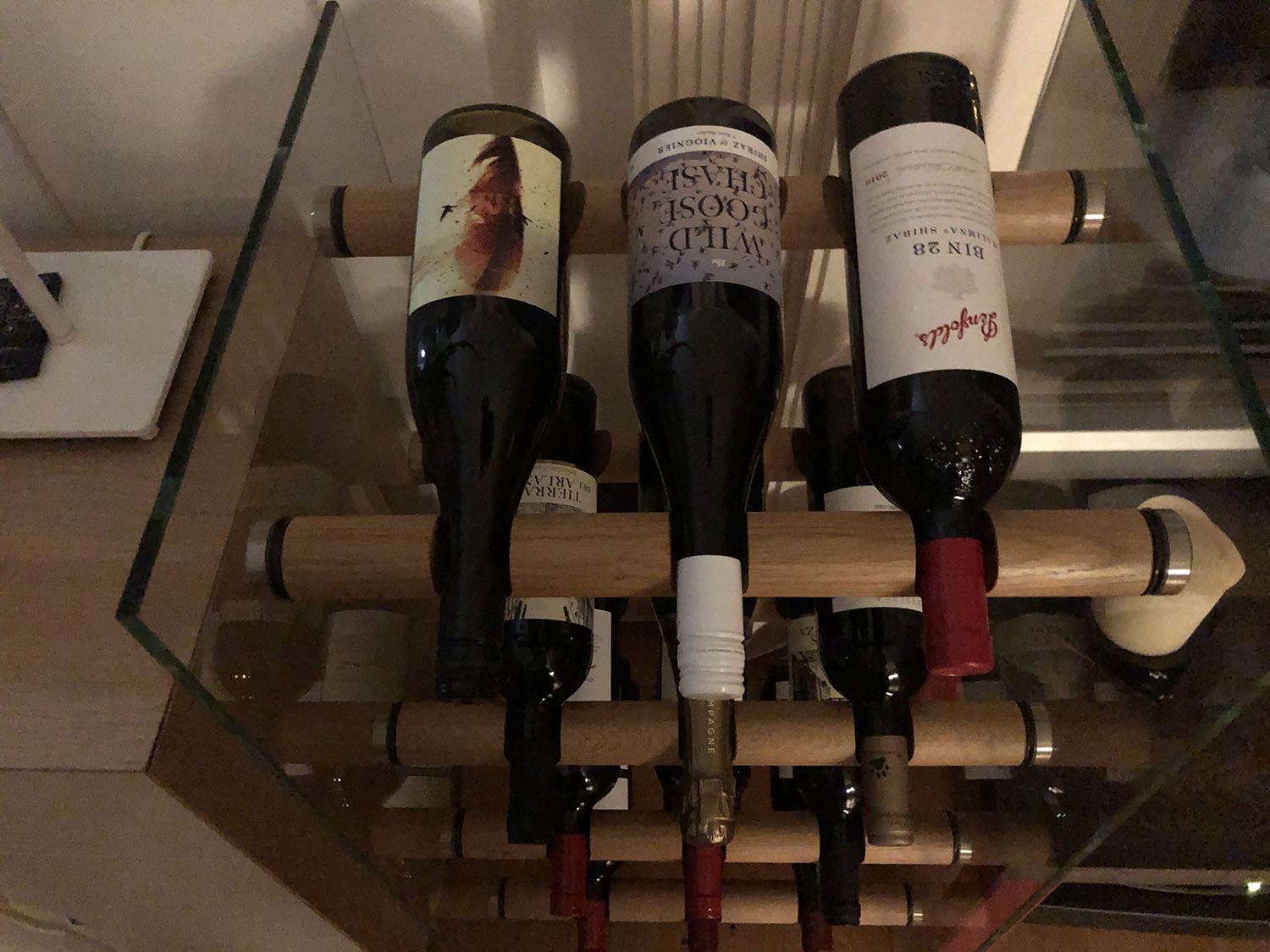 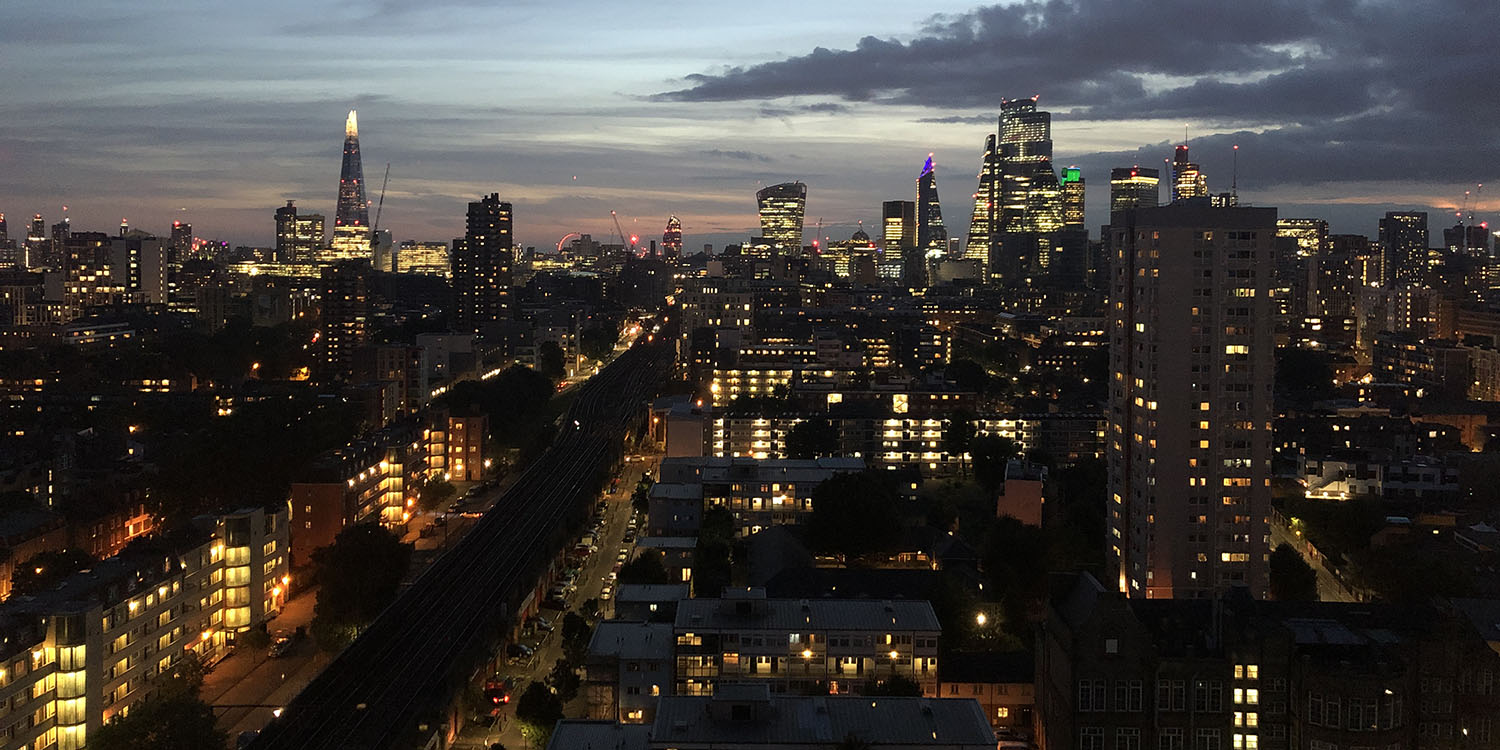 I’ve long been impressed by the iPhone cameras, and the low-light performance has gotten better and better over the years. The iPhone X camera has significantly less noise in night shots than earlier generations, and the exposure is a good compromise. That said, there’s a lot of pure black in the shot, and mid-tone areas are very murky. Against that, there is very little distortion — and that’s a big deal. I’d rather lose shadow detail than get a visibly distorted image, which is why I rank the Camera app in third place. 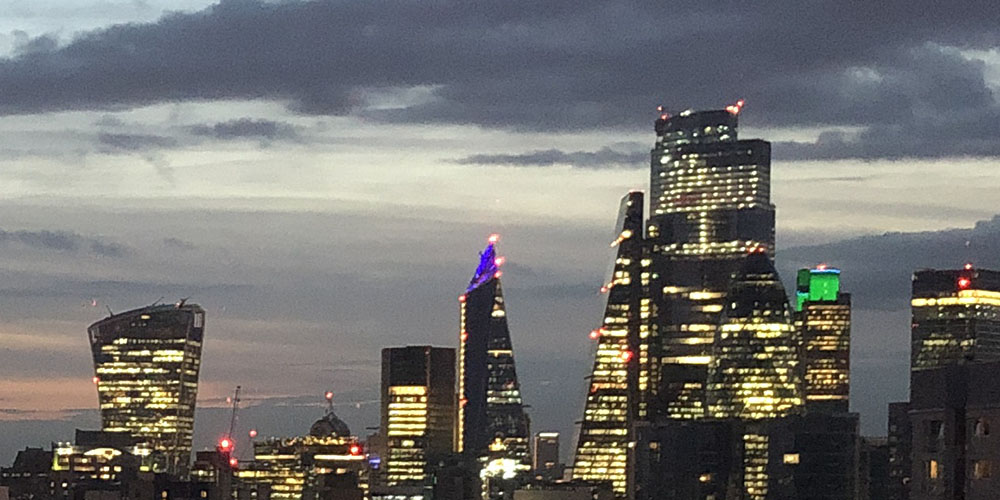 Apple’s app gets ranked third for the important test, but it fares dramatically less well on an interior shot. It’s dark, and there’s so much grain it’s hard to tell how much of the distortion is noise and how much is failure to accurately focus. 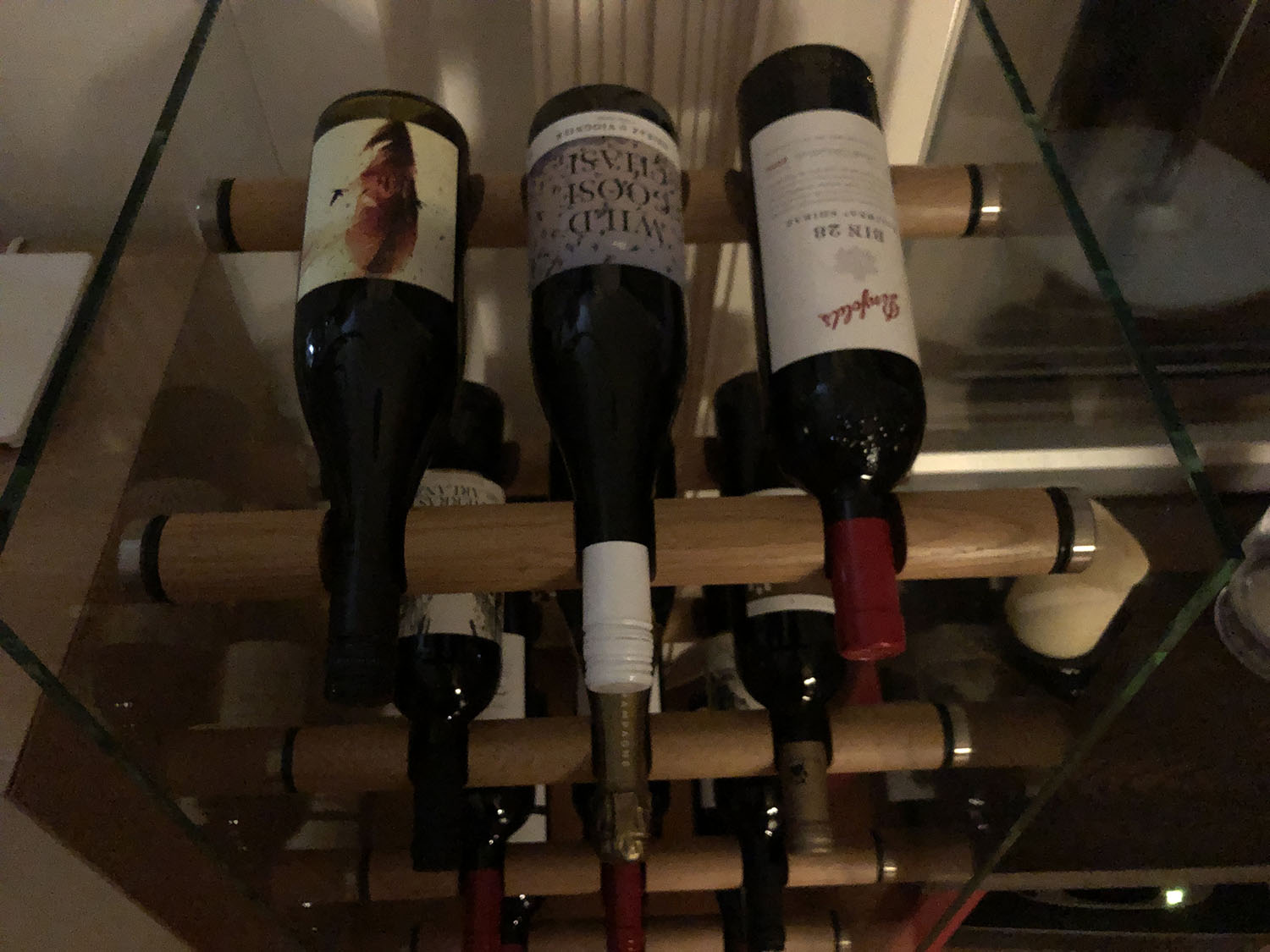 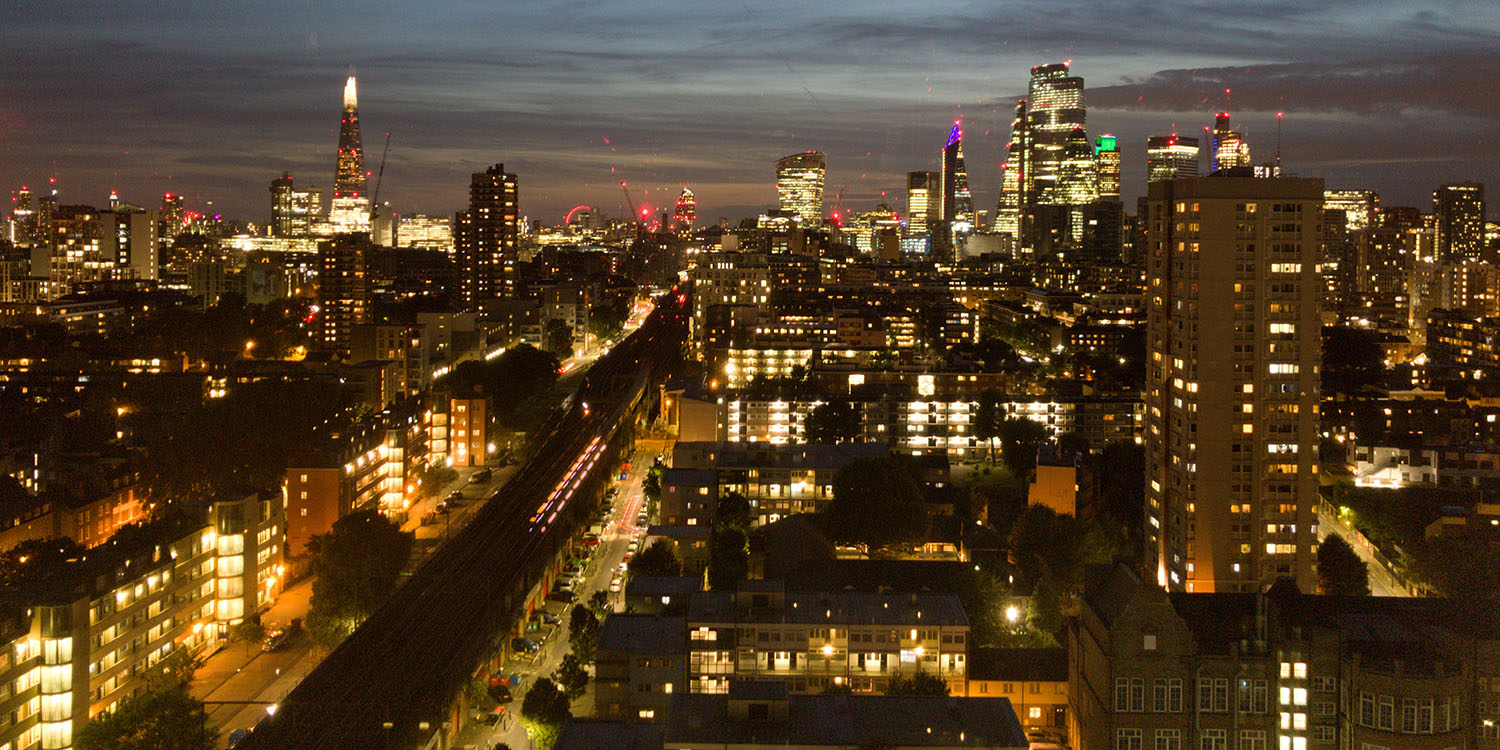 Cortex Cam for me is an excellent compromise between maximizing the light in shadow and mid-tone areas while preserving highlights. Yes, more highlights are blown than in the stock Camera app, and you see more of the red light internal reflections from the double-glazing, but that only stands out dramatically in the close crop. At normal viewing size, I think most people are going to consider this a significantly better shot than the one from the stock app. 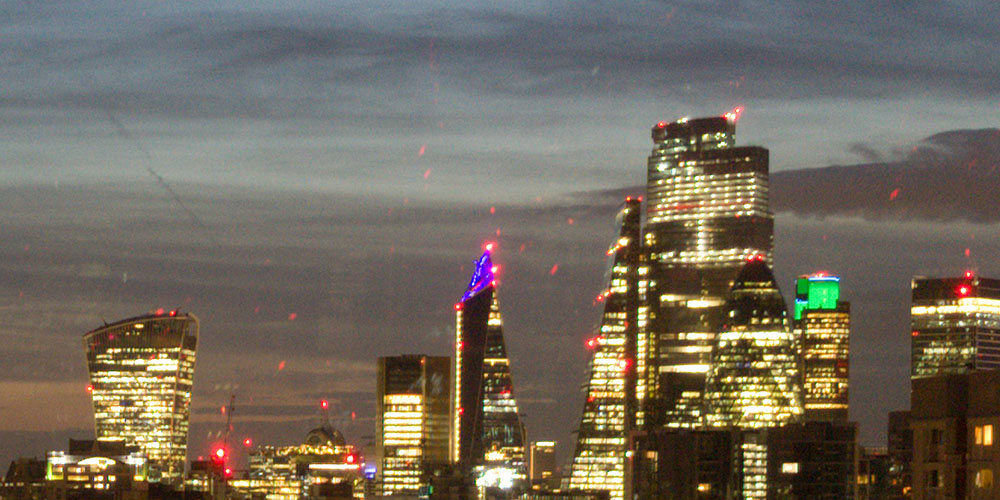 ProCam has the edge here, but Cortex Cam is still a strong third with the interior shot. It’s less sharp, but still impressive given how dark it was. 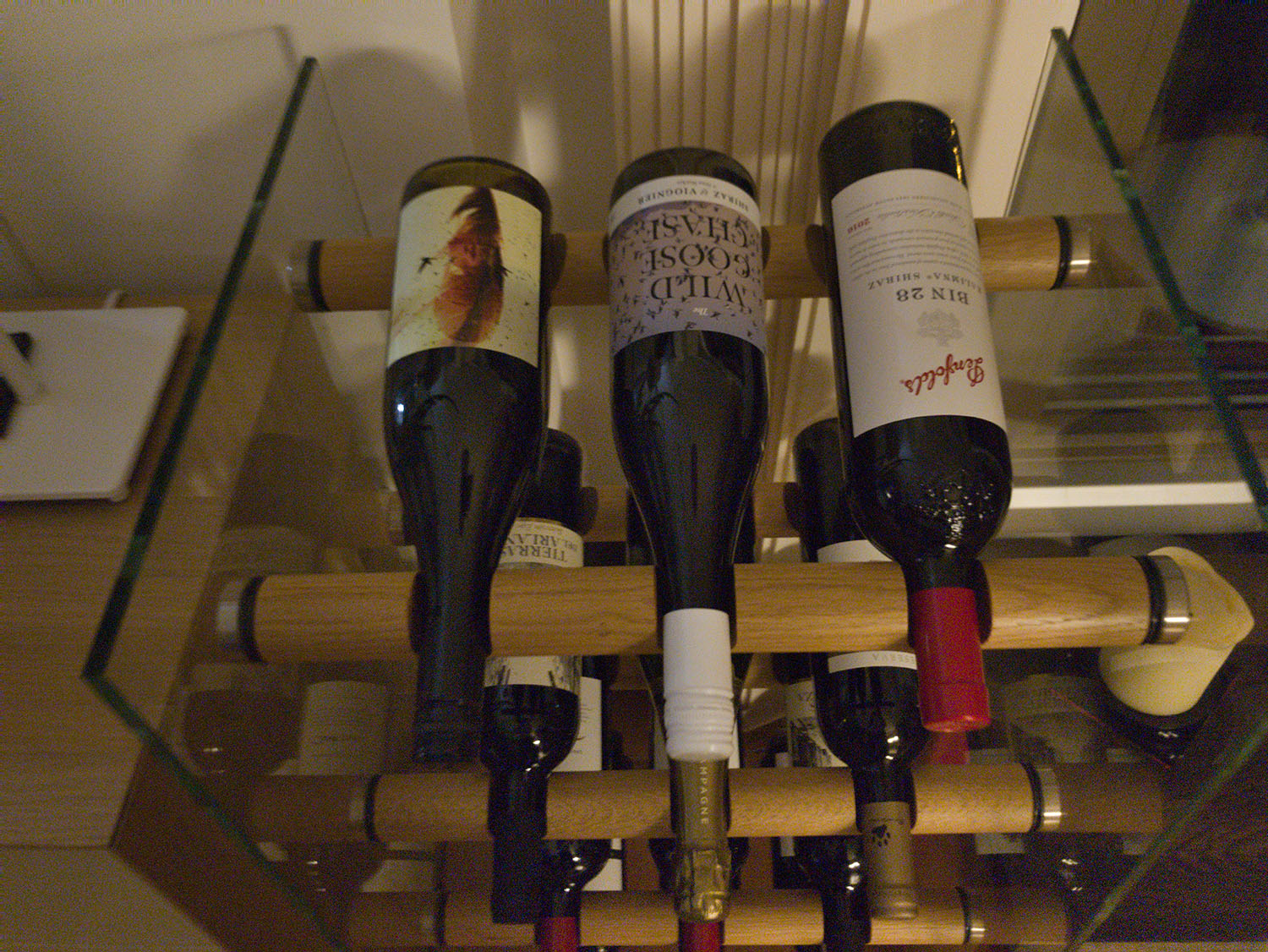 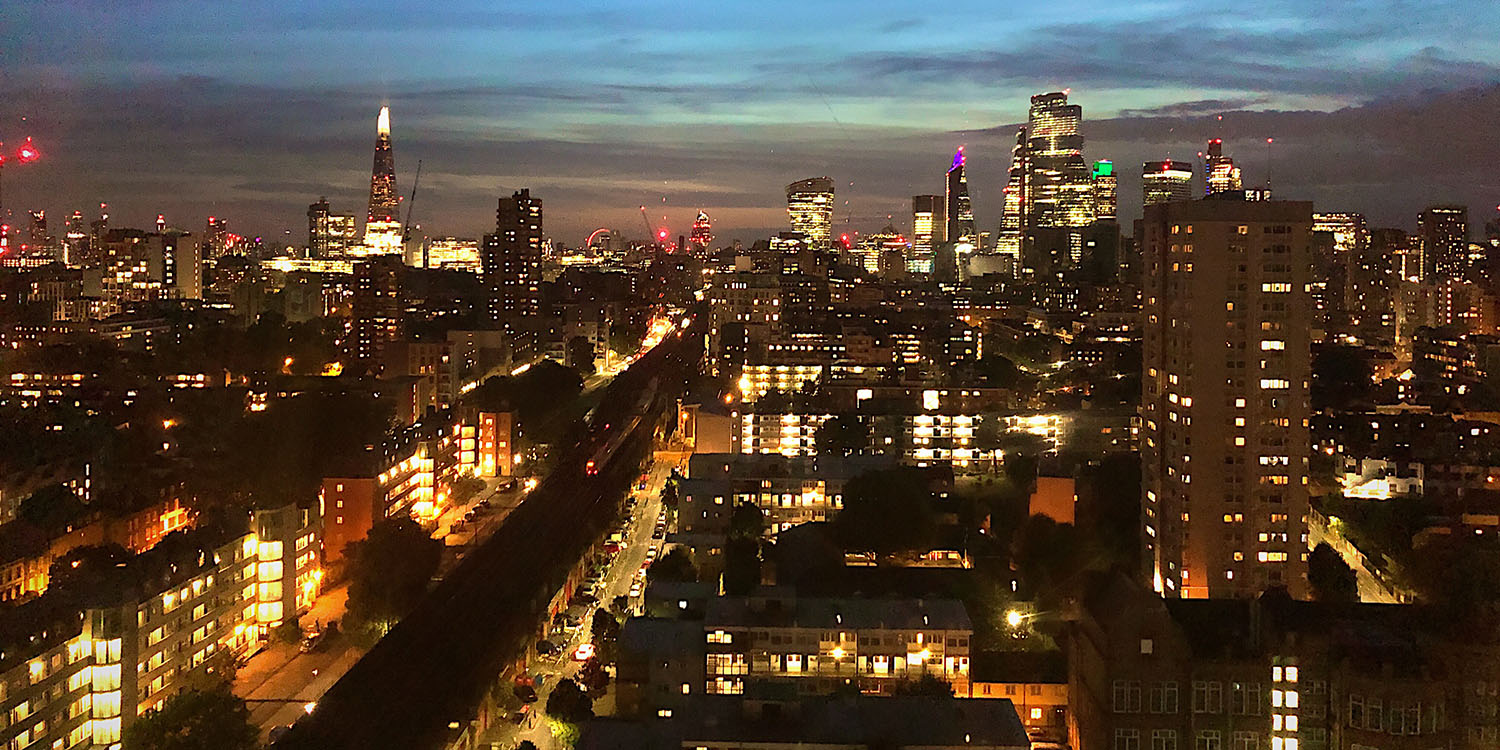 There is absolutely no question: NeuralCam is not just the best iPhone camera app for night shots, but it is head-and-shoulders above the other apps. The above shot is an absolutely fantastic result. Yes, it blows some highlights, but only badly so in the case of the top of the Shard, which is much brighter than anything else in the shot. The overall balance is fantastic, and it’s captured subtle colors in the sky visible to the eye but missed by all the other apps, including Apple’s. I’m definitely going to be using this app for all future iPhone night shots.

When it comes to the interior shot, NeuralCam again absolutely blows away the competition. This is an utterly incredible result, and I’d never have believed it possible. 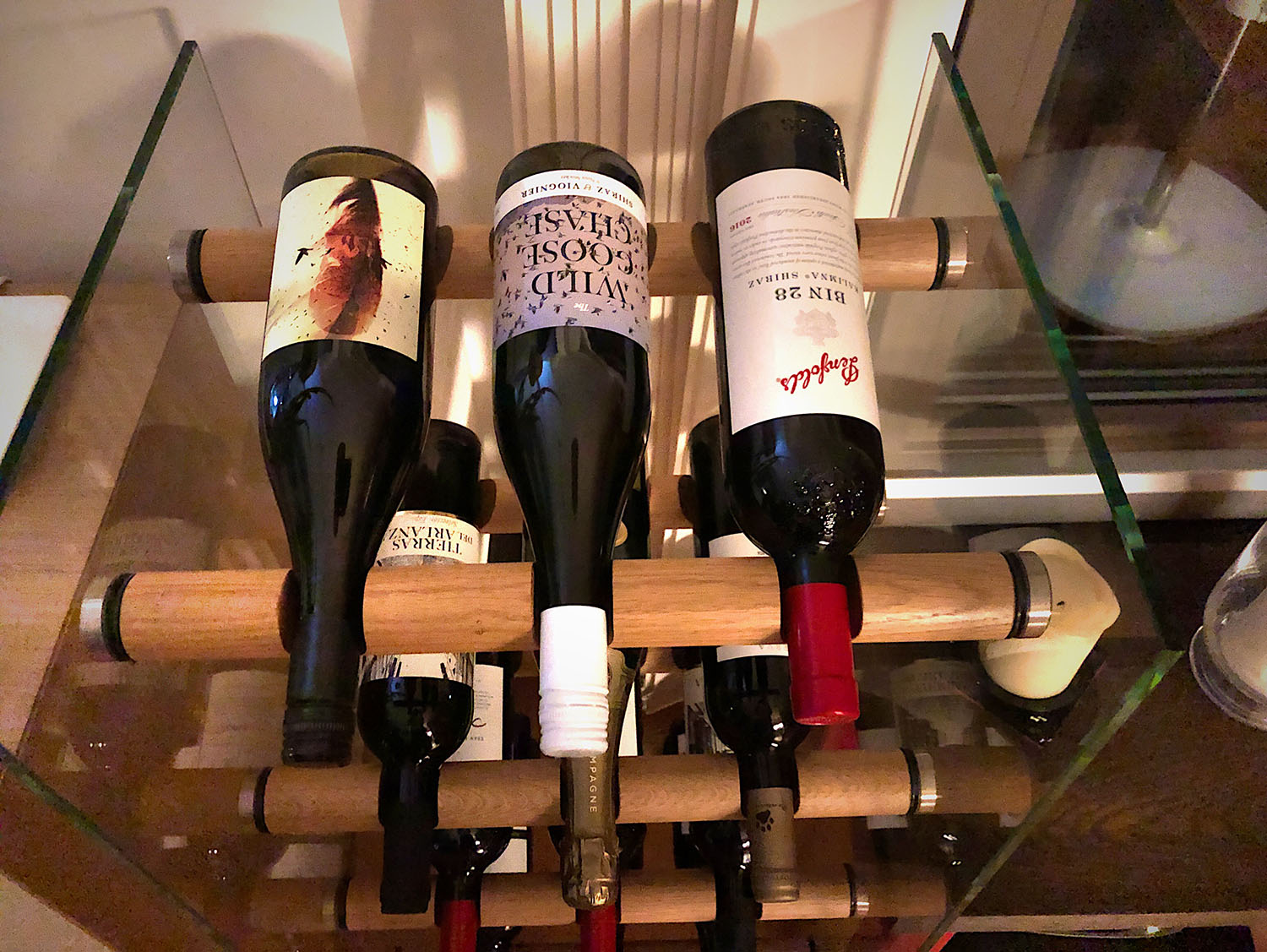 I’m comparing it here to the Spectre shot simply because that gives a good illustration of the actual lighting to the eye, and the results NeuralCam has achieved. It’s night and day, almost literally.

It seems pretty clear that $2.99 is the accepted value for a night-shot photography app! All third-party apps were priced at this level bar ProCam, which has a lot of extra functionality:

There’s, of course, no doubt about the conclusion here: NeuralCam is by far the best iPhone camera app for night photography, and the $2.99 pricing is absolutely worth it for the improved performance over the stock Camera app.

Unfortunately, there’s another conclusion too: miraculous as NeuralCam is by iPhone standards, it still doesn’t come anywhere close to matching a DSLR or good mirrorless camera. I’ll be carrying my Sony a6300 with me on trips for some time yet.