The narrative of steeply rising iPhone prices is only half true, shows analyst 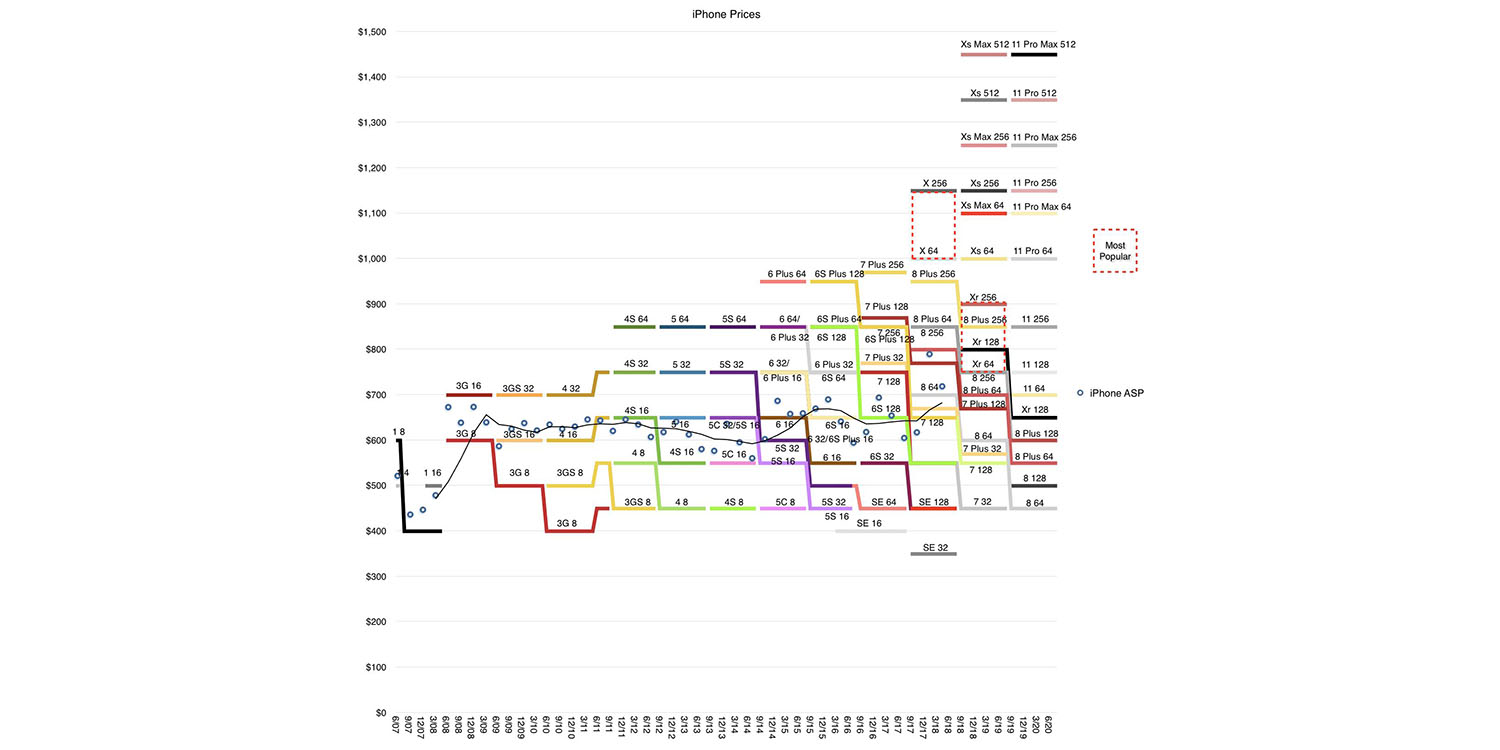 If there’s one thing every Apple commentator agrees on, it’s the trend of steeply rising iPhone prices over the past few years.

Yet that’s only half true, shows one Apple analyst…

Asymco’s Horace Dediu often likes to dig in deep to AAPL numbers, and he’s put together a comprehensive chart of iPhone prices from the original model right up to the present day.

It’s not corrected for inflation. As a guide, he notes that the original iPhone, which launched at $600, would be $742 in today’s money, so the real-term curve would be a little flatter than shown.

The bottom line is very interesting. Yes, the cost of the flagship model has risen in cost from $600 in 2007 to $1,449 today. Even adjusting for inflation, that’s a huge rise.

But if you look instead at the average selling price (ASP), there’s remarkably little movement over the years. It has consistently been somewhere in the $600-$700 range. So what the average person is paying for an iPhone hasn’t really increased over the years. Talk of rising iPhone prices, then, is somewhat misleading when it comes to the average buyer.

Dediu acknowledges that ASP data is only available up until the middle of last year, but given that this year’s pricing is very similar to 2018, it’s unlikely the picture has changed.

One thing that has risen is the number of iPhone models on sale at any given point. Allowing for different storage sizes, but ignoring colors, that has grown from one to 15 models, peaking at 17.

But Dediu does have a response to those who say Steve Jobs would never have allowed such a proliferation of models.

In a separate tweet, Dediu also notes that the Apple Watch has already overtaken the peak user base for iPod, and is on track to do the same with Mac in one to two years. That’s quite the thought: that there will soon be more Apple Watch users in the world than Mac users. And that’s despite macOS doing better than ever.