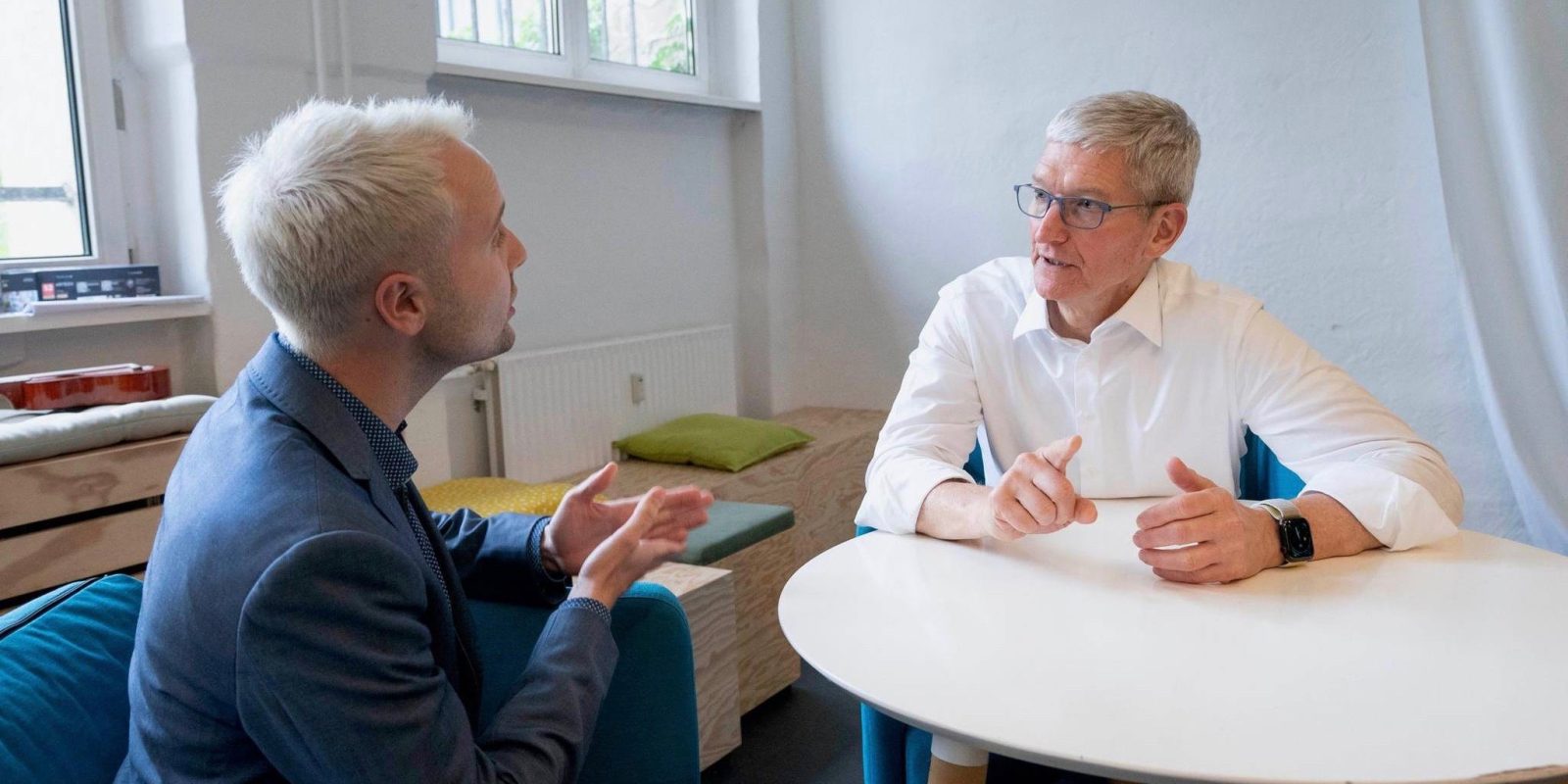 Apple CEO, Tim Cook, has been visiting Apple Stores, Apple developers, and more on a trip to Germany and France. Now, in a new interview, Cook has shared more details about the iPhone 11 being more affordably priced, how he’s looking at Apple TV+ and its competition, concerns about Apple being a monopoly, and more.

Tim Cook has shared highlights of his trip to Germany and France on Twitter this week as he’s stopped by some of the company’s retail stores, met with developers like Ubisoft, Pastagames, Blinkist, and more.

He also sat down with the German publication Stern (via Google Translate) for an interview and talked about iPhone 11 pricing, Apple TV+, and Apple being looked at as a monopoly.

Apple surprised many by offering the iPhone 11 with an impressive new dual camera, updated A13 Bionic processor, and more with a $50 lower price tag than last year’s iPhone XR. Cook shared a short comment on pricing when asked about wanting to expand Apple’s user base as it pushes ahead with a focus on Services.

“We always try to keep our prices as low as possible, and fortunately we were able to lower the price of the iPhone this year,” says Cook.

As for Apple TV+, Cook doesn’t see the streaming business as a win/lose game against the competition like Netflix and others. Rather, he says Apple is just looking to get in on the action.

I do not think the competition is afraid of us, the video sector works differently: It’s not about whether Netflix wins and we lose, or if we win and they lose. Many people use multiple services, and we are now trying to become one of them.

With Apple now in the middle of multiple antitrust lawsuits, Cook also briefly touched on allegations of the company being a monopoly.

“No reasonable person would ever call Apple a monopoly,” he tells Stern. He also emphasizes that there is strong competition in every market where Apple is active, and that one does not have a dominant market share.

Check out the full article in German here.

It’s been a busy and exciting few weeks for our retail team around the world! Wonderful to meet our customers and teams at Apple Kurfürstendamm 🇩🇪 and Apple Odysseum 🇫🇷 pic.twitter.com/dt284UDfnD

What a visit to Apple Champs-Élysées — such a magnificent store! Loved getting to join in on a #TodayAtApple photography session. pic.twitter.com/PnSm7EQDCo