Apple @ Work: How will Wi-Fi 6 impact Apple in the enterprise? 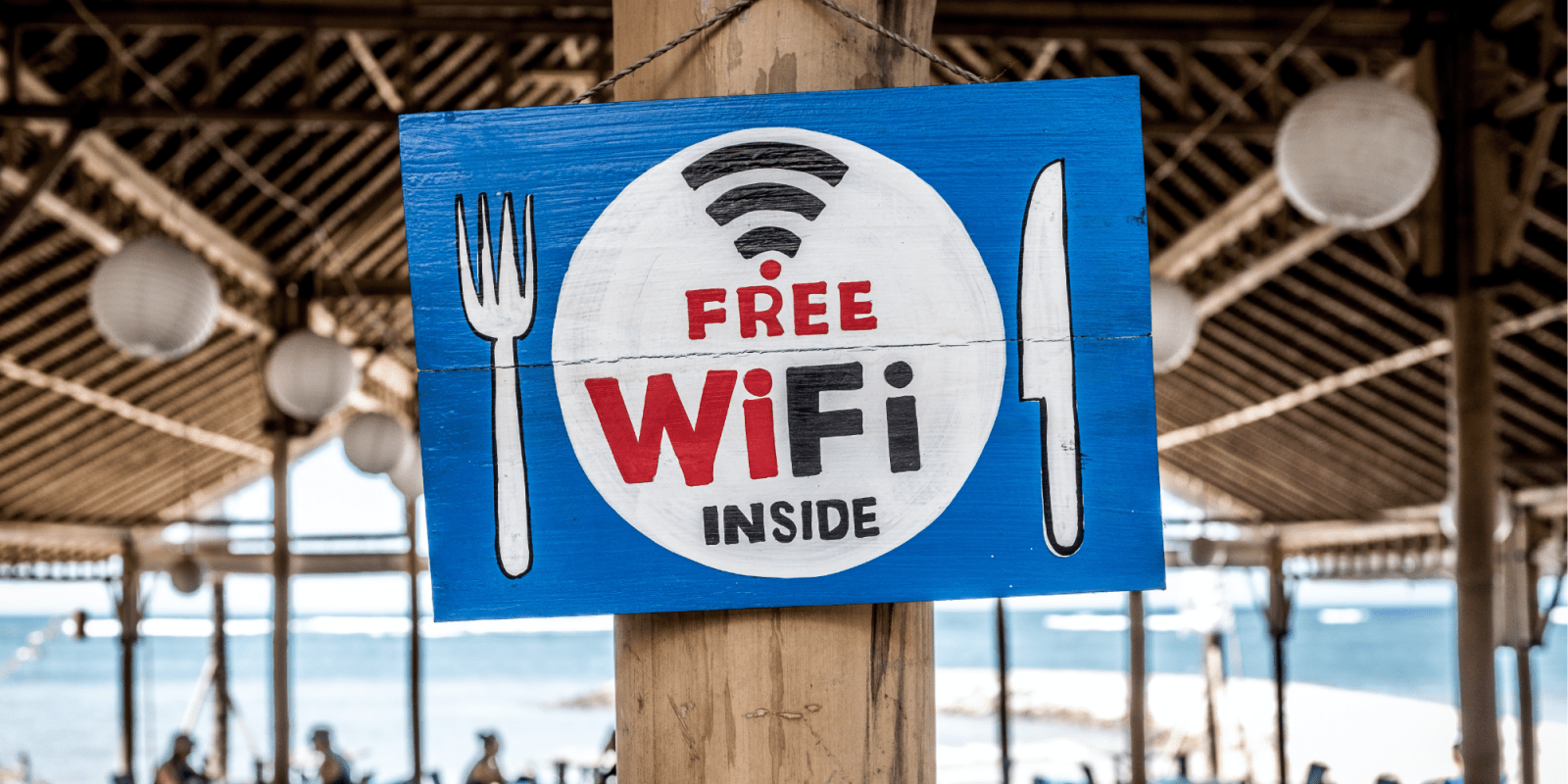 If you look at Apple’s device lineup over the past few years, the vast majority of them do not have ethernet ports. Wi-Fi has grown across retail centers, sports stadium, universities, K–12 schools, and business centers. One of the major drivers behind the growth of Wi-Fi is Apple’s products.

For retail centers, providing fast and free Wi-Fi to attract shoppers has been a critical priority for CMOs. By leveraging retail analytics from their Wi-Fi, they can learn more about how their customers spend their time in the store. For sports stadiums, Wi-Fi has allowed consumers to order food, receive personalized service, and share clips on social media. For business centers, Wi-Fi has improved productivity by letting workers untether from their desk to allow work to happen anywhere. Wi-Fi is an evolving technology, and we are on the cusp of a significant wireless communications transition.

After Wi-Fi 6 is ratified later this year, it will be the most significant change to Wi-Fi since we went from 802.11g to 802.11n (when speeds finally got near wired speeds). To explain why this is, I want to take you back to what Apple’s iDevice revolution did to Wi-Fi networks around the world. What are the benefits of Wi-Fi 6? It’s a Wi-Fi standard built for a world powered by iPhones and iPads.

About Apple @ Work: Bradley Chambers has been managing an enterprise IT network since 2009 Through his experience deploying and managing firewalls, switches, a mobile device management system, enterprise-grade Wi-Fi, 100s of Macs, and 100s of iPads, Bradley will highlight ways in which Apple IT managers deploy Apple devices, build networks to support them, train users, stories from the trenches of IT management, and ways Apple could improve its products for IT departments.

iDevices take over the enterprise

Before the time when every employee carried an iPhone, iPad, and laptop to work, the demand for corporate Wi-Fi networks looked a lot different. The main concern that an IT department faced was coverage. We only expected Wi-Fi to reach the breakroom, the conference rooms, and the CEOs office. Somewhere between the release of the first iPhone and the iPad 2, the demand we started putting on Wi-Fi starting to grow exponentially. Most people’s view of Wi-Fi is that it’s an infinite resource, but it’s anything but that.

By 2012, IT administrators were struggling to keep up with demand. Wi-Fi networks were crumbling under the weight of employees carrying iPhones, iPads, and laptops. We went from one device for every couple of people to three devices per person. As 802.11ac became prevalent, it provided even faster speeds, and on the 5 GHz band, we also gained additional capacity as additional access points could be deployed without seeing Co-Channel Interference issues. Unfortunately, we still need more capacity as we start to load up our networks with three devices per person along with an influx of Internet of Things devices. IT administrators have just finally caught their breath from rebuilding networks to recover from the iDevice revolution, and now IoT is iDevice 2.0.

“It wasn’t that long ago the iPhone and other cell phones were considered pariahs by IT staff. How quickly times have changed, going from dreaded BYOD to the primary communications method within the enterprise. Apple’s recent announcement that it is supporting Wi-Fi 6 on the latest generation of its phone further cements them as a standard component of an enterprise networking solution.

While other wireless technologies like 5G and CBRS will continue to expand their role in the enterprise, Wi-Fi, now especially with the enhancements brought by Wi-Fi 6, will continue to be the foundational wireless communications standard for the enterprise for the foreseeable future. There are no technologies on the horizon that come anywhere near offering the ubiquity, ease of deployment, and cost effectiveness that Wi-Fi provides today.” – Perry Correll, Director of Product Marketing, Extreme Networks

The 802.11ax standard began development in 2013 when we knew everyone carried at least one Wi-Fi device if not two or three. Another name for 802.11ax / Wi-Fi 6 would be Wi-Fi built for Apple devices. So how does it work? Wi-Fi 6 brings many much-needed Wi-Fi enhancements, which address capacity concerns and delivers improvements for all devices. Wi-Fi 6 makes it easier to manage a Wi-Fi environment that’s in high demand. If we use a road analogy, 802.11ac was about raising the speed limit for connected devices. Wi-Fi 6 is about opening up more lanes for devices to drive on. While more speed is always nice, I would venture to say that most of your complaints about Wi-Fi over the past few years aren’t bandwidth related, but capacity related. Wi-Fi 6 was built to solve problems that have plagued Wi-Fi networks for years.

As 802.11ax / Wi-Fi 6 becomes prevalent in enterprise networks (I predict many networks will be upgraded in 2020 and beyond), Apple just added Wi-Fi 6 to the iPhone lineup and we expect the rest of the lineup to start transitioning next year as well. Apple likes to wait until new communication technology evolves a bit to lessen the impact on battery life. Ideally, users will get upgraded devices around the time networks are upgrading. A Wi-Fi network that can’t keep up with demand is bad for Apple as it makes their devices not perform up to users expectations. A properly designed Wi-Fi 6 network will be fast, able to serve all the clients that want access, and able to grow with the needs of the organization.

OFDMA is one of the critical pieces of technology in Wi-Fi 6. To achieve additional capacity, a 20 MHz channel is split into as many as nine smaller channels. Using OFDMA, a Wi-Fi 6 access point could simultaneously transmit frames to nine Wi-Fi 6 clients. One thing to remember as well is that Wi-Fi 6 brings back 2.4 GHz support. 802.11ac was 5 GHz only. While I do prefer the 5 GHz band (a minimum of 19 non-overlapping channels vs. 3 for 2.4 GHz), 2.4 GHz is still popular due to its low cost and battery life (particularly for IoT). Another critical piece at the heart of Wi-Fi 6 is called Target Wake Time (TWT). TWT allows clients to set when and how often they will wake up to send and receive data. TWT increases device sleep time and therefore, will substantially improve battery life.

What will Wi-Fi 6’s impact be on Apple?

Apple needs organizations to have Wi-Fi that can withstand capacity demands. The most expensive iPad is useless without Wi-Fi that can withstand the demands of its user. Apple has a lot riding on Wi-Fi 6 being deployed across enterprises so their devices will be able to perform as well as they do in residential environments. While my vendor has access points available, I have two years left on my current lease. As soon as it’s up, I’ll be looking to get a 100% Wi-Fi 6 network in place to support the next generation of Apple hardware as well as the just-released iPhone 11, which adds Wi-Fi 6 support.

As the next Wi-Fi networks are deployed at sports stadiums, hotels, conference halls, and wherever else demand is high, Apple customers will be ensured a great experience. Like I mentioned, 802.11ax / Wi-Fi 6 is the first Wi-Fi standard built for a world that Apple ushered in when they released the iPhone and iPad.

Photo by Bernard Hermant on Unsplash