Microsoft Outlook for iPhone and iPad adding Split View, Do Not Disturb, more 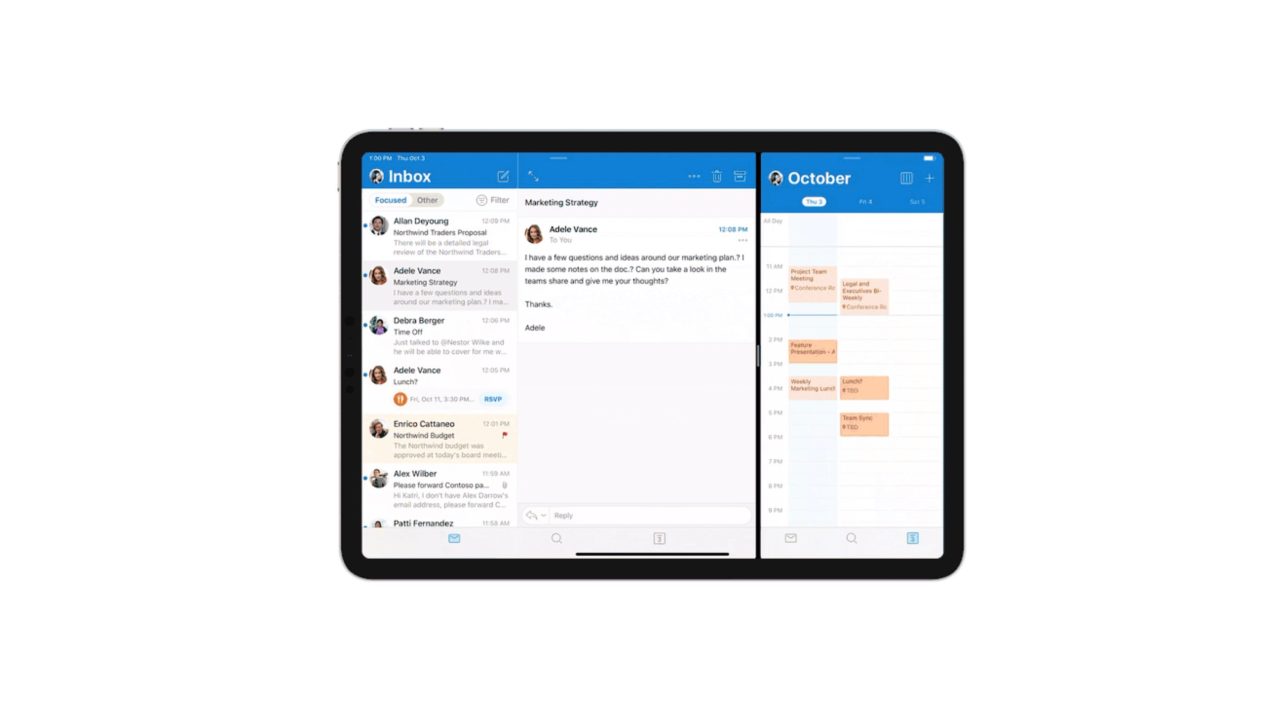 Microsoft is planning several updates to its Outlook app for iPhone and iPad. As explained by The Verge, Microsoft will roll out features such as iPad Split View, smart folders, and more to the Outlook app over the coming weeks.

With Split View support, you can run Outlook alongside other apps on your iPad. For instance, you can have Outlook open in one instance, and browse in Safari at the same time. Microsoft also says that it will soon support drag and drop on iPadOS.

For both iPhone and iPad, Outlook is adding its own Do Not Disturb feature. This means that you can silence notifications based on certain times of day, including support for customizing work hours and days.

Outlook for iOS is finally getting the Do Not Disturb feature. This has been available on Android for what feels like forever, and its introduction on iOS will include the ability to customize work hours and days. Do Not Disturb will silence email notifications on a scheduled basis, or even just by selecting an option like “Until Tomorrow” if you’re not feeling like answering work emails at all hours of the night.

These features will start rolling out over the coming weeks. You can download Outlook for iOS and iPadOS on the App Store for free.