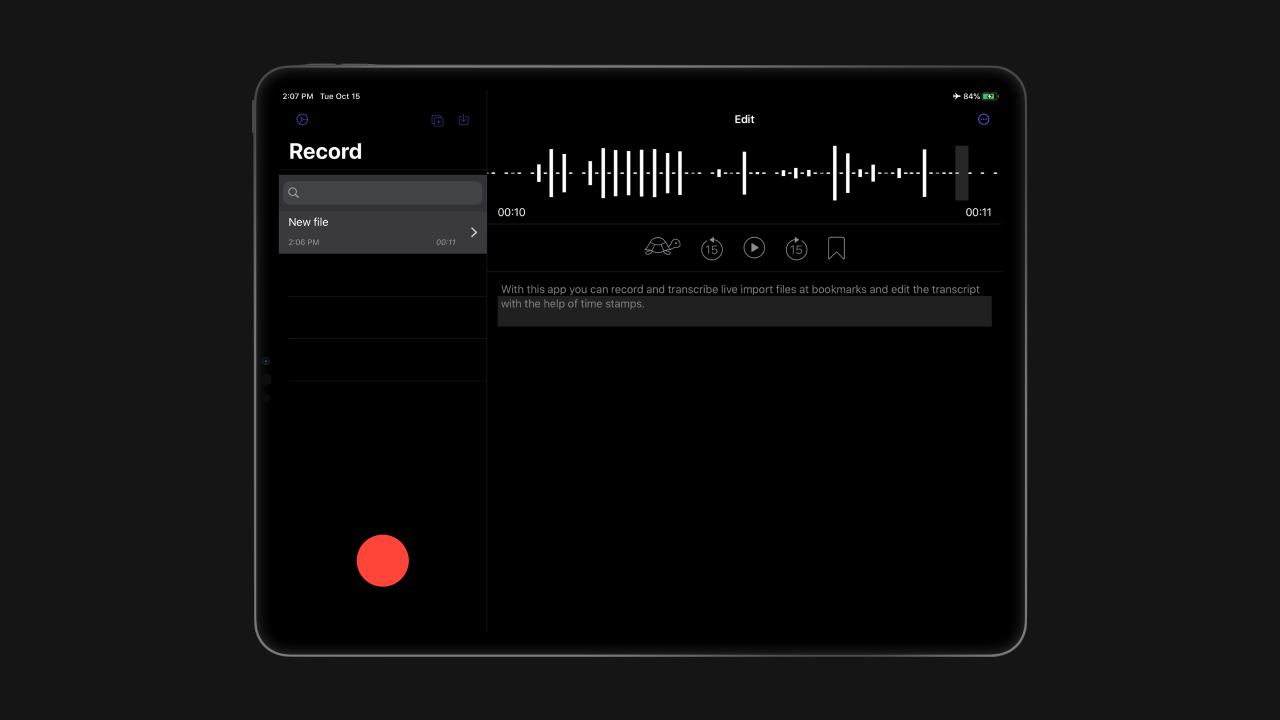 With the introduction of iOS 13.2, Apple added new features to its speech recognition APIs that allow third-party developers to perform on-device speech recognition, even when the device is offline. Today, Blueshift is releasing its brand new Dictation app that takes advantage of this new functionality.

Most transcription services send the user’s speech to a cloud service to be processed. The main advantage of the on-device transcription is that – besides not requiring an internet connection and using bandwidth – it’s completely private since audio never leaves the user’s device.

Dictation can transcribe the audio in 13 languages and dialects, it also allows for the creation of bookmarks in specific timestamps while recording or editing the transcript. Other features include trimming, exporting audio or text, search and multiple window support on iPad.

But my favorite feature of Dictation is its ability to edit the transcript after a piece of audio has been transcribed, either recorded in-app or imported from Files. While you’re editing the transcript, you can hear the words that you’re currently editing so it’s very easy to correct transcription errors by re-listening to what’s in the audio at that point in time. Scrubbing the audio waveform also moves the text cursor to the associated position in the transcript. 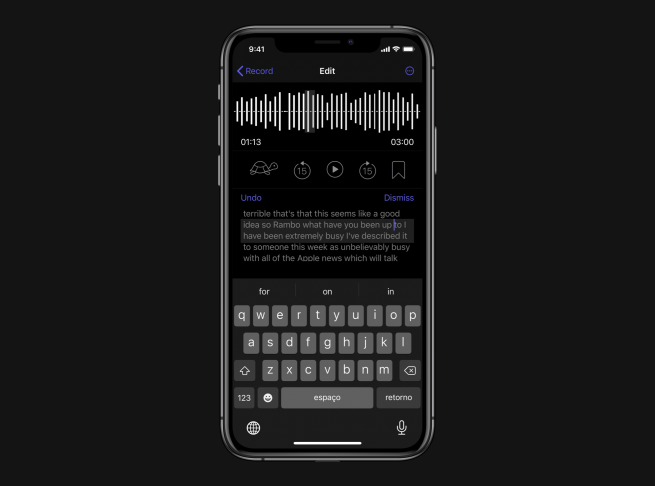 Dictation is available in the App Store for iPhones and iPads running iOS 13 or later. It has a one-week free trial, the regular price is a subscription of US$20/year.