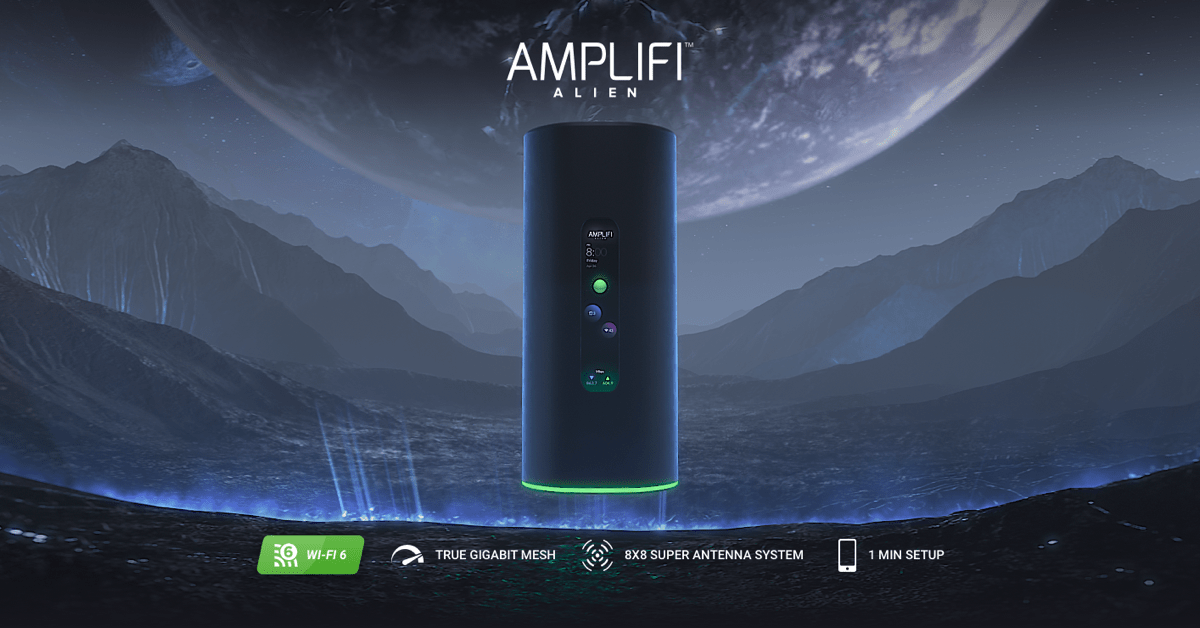 Ubiquiti announced the news in a press release today:

Powered by 8×8 MIMO Wi-Fi 6 Technology, a single AmpliFi Alien router performs with far greater range and speeds than previous Wi-Fi solutions. Additional AmpliFi Alien Routers can be meshed together to extend Gigabit speeds throughout even the largest homes.

Beyond the breakthrough Wi-Fi performance, AmpliFi Alien offers all of the software features praised by the growing AmpliFi user-base including simple setup, powerful connected device management, and a free, zero-configuration VPN service through the АmpliFi Teleport app that places travelers within their home network like they never left.

AmpliFi Alien is available starting today direct from AmpliFi priced at $379. At the time of writing, there aren’t any bundles available, but customers can just purchase multiple Aliens to add them as additional mesh points.

AmpliFi doesn’t explicitly say how many square feet the Alien covers but it does say it gives 2x the coverage that the AmpliFi HD base router offers, which is 10,000 sq. ft. so a single Alien may handle up to 20,000 sq. ft.

We’re starting to see some great options on the market when it comes to Wi-Fi 6 mesh router systems. Last month we saw Linksys debut its Velop Wi-Fi 6 mesh system and Orbi has done the same. Prices are all in the same ballpark of around $300-400 for a single router and $700-$800 for two.