Twitter rolling out support for scheduling tweets via web app 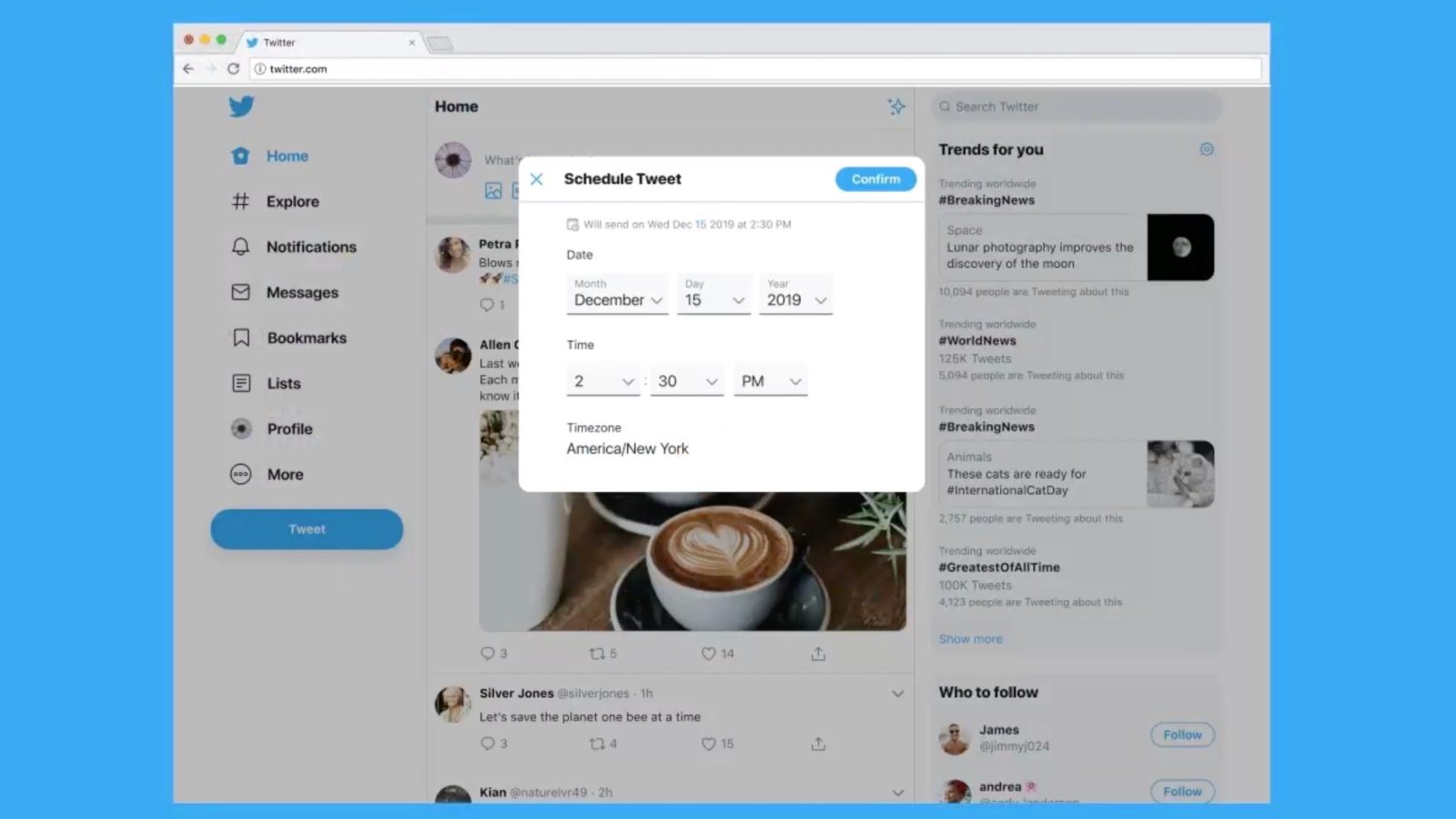 Twitter is now rolling out the ability to schedule tweets via Twitter on the web. This is a popular feature in the standalone Tweetdeck app, that Twitter is seemingly looking to expand to the wider Twitter user base.

Twitter says that it is currently “experimenting” with bringing support for scheduled tweets to the web. This means that a small subset of Twitter users now has access to the feature, and a broader release will likely occur somewhere down the line.

To schedule a tweet on Twitter.com, you simply come a tweet like normal, then click the three dots in the bottom bar. You’ll then be able to schedule the tweet for a specific date and time, ensuring that it will go up exactly when you want it to.

There’s no word on when scheduled tweets might come to Twitter on iPhone, iPad, or Mac. Support in the Twitter apps on iPhone and iPad would be especially useful, considering that the only way to access Tweetdeck is through the browser.

Nonetheless, adding the ability to schedule tweets to Twitter on the web will still greatly expand its use. If you’re part of the early beta, you can try it now on Twitter.com. Expect a full rollout to occur sometime in the coming months if this “experiment” is well-received by beta testers.

Tweet scheduling on https://t.co/8FModRv1sl? Yes please! Starting today, we’re experimenting with bringing one of @TweetDeck’s handiest time-saving features into Twitter. Tell us what you think if you’re part of the experiment. pic.twitter.com/4pI9xrbPEP