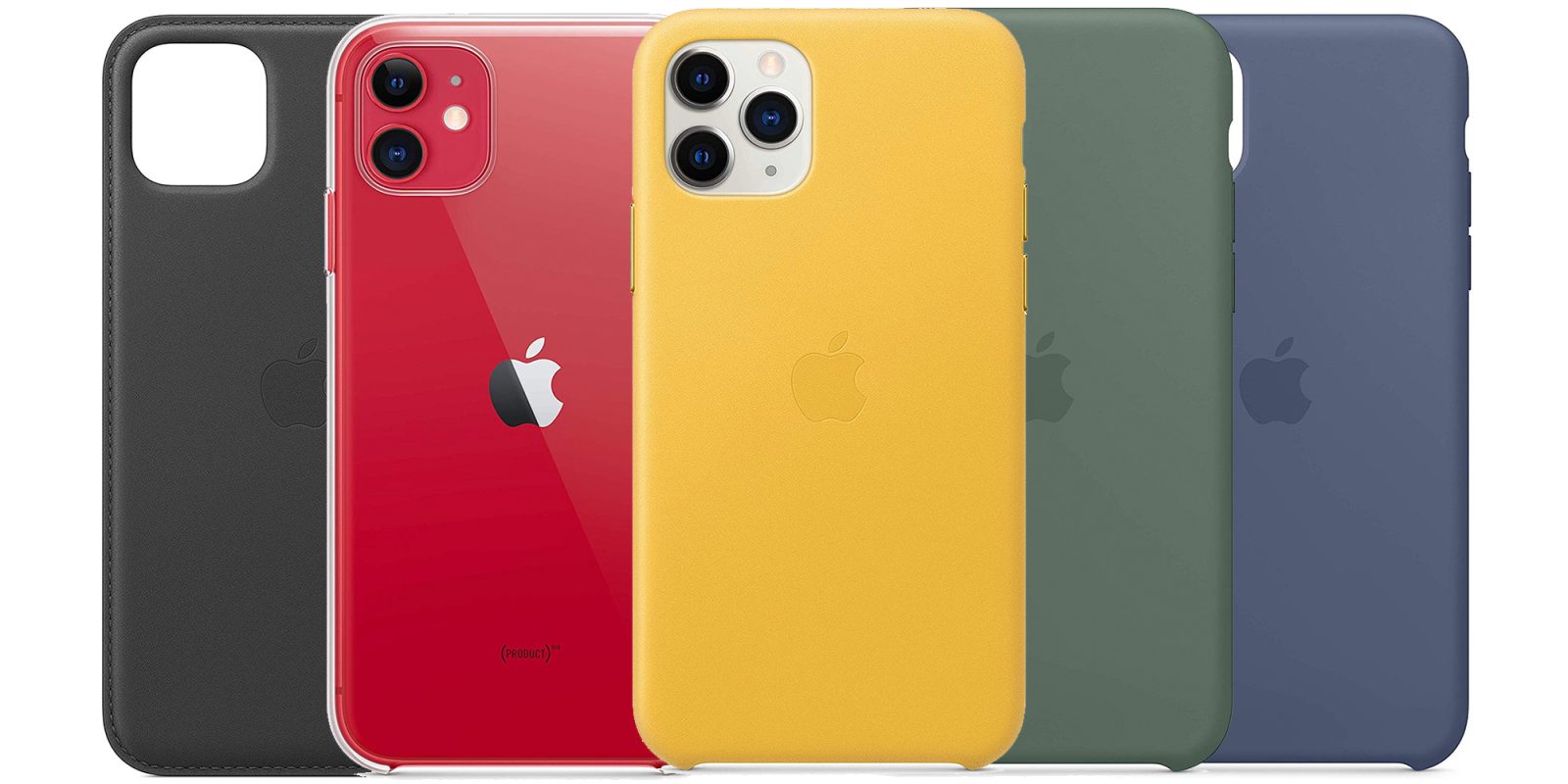 Official Apple iPhone cases are on sale at Amazon from $24 in today’s 9to5Toys Lunch Break. This week’s Best Buy Beat the Rush sale offers early price drops on iPad Pro and fresh deals on Apple Watch bands. You’ll find all that and more down below.

Amazon is bringing back one of this fall’s most popular sales, discounting nearly every official Apple iPhone 11 case from $24. We’ve also spotted deals on Apple’s official Smart Battery Cases, headlined by the XS Max model in white for $78. That’s down from our previous mention of $102 and the regular $129 price tag. You can also currently grab the XS model for $102 and the XR rendition at $100. If you’re traveling this holiday season, having a battery case from Apple is a great way to ensure you’re also juiced up. Charges with USB-C and Qi wireless pads.

Here you’ll find the rest of Apple’s official iPhone 11 case lineup on sale from $24. Nearly every listing is marked down with fresh drops on various colors, so be sure to look through to find your desired color.

Ahead of Black Friday next week, Best Buy officially launched its Beat the Rush sale with a number of notable deals. Best Buy is offering a number of early Black Friday deals, allowing you to actually beat the rush of Thanksgiving week. We have all of our top picks below, but be sure to scan through the entire sale, as you may find some items already marked down to Black Friday pricing, eliminating the need to hold off for another seven days. Check out the entire sale right here for deals on iPad Pro, TVs, and much more.

Amazon offers its 38-44mm Leather Apple Watch Loop Band in various colors for $12. Free shipping is available with a Prime membership or with orders over $25. As a comparison, it typically holds steady at $17 via Amazon with today’s deal delivering new all-time lows on most models. This sleek leather band departs from the usual design we see in the sub-$10 price range. Notably, this has a Hermès-style latch system, instead of the bulkier metal clasp on other bands. If you just recently picked up an Apple Watch Series 5, or know someone who did, this is a great option for the holidays.

If today’s deals don’t fit your style, be sure to jump over to our roundup of the best third-party Apple Watch bands from $5 for even more options.

Walmart offers the VIZIO 50-inch 4K HDR Smart UHDTV for $248. As a comparison, you’d typically pay $350 for this model which originally retailed for over $425. Our previous mention in late October was at $250. With AirPlay 2 and HomeKit support in tow, this is arguably the most compelling deal we’ve tracked to date featuring Apple specs. You can learn more about Apple’s recent move to bring AirPlay, HomeKit, and its Apple TV app to various platforms in our coverage. Bringing these features into the mix makes today’s deal all the more notable if you’re in Apple’s ecosystem. You’ll also find Chromecast feature built-in here, ensuring that you’ll be able to stream content from just about any source. Other notable features include 4K and HDR support, three HMDI inputs, and a 60Hz refresh rate. This model won’t be a great fit as a primary home theater display, but it will certainly do the job in a den or bedroom.

Amazon is currently offering the Emerson Sensi Touch HomeKit Thermostat for $126. Usually selling for $160, it just dropped to $154 and is now down the extra $28. Overall you’re saving 21%, with today’s offer coming within $3 of the Amazon low and marking the third-best price to date. HomeKit support steals the show here, offering integration with the rest of your Siri smart home. Alexa and Assistant can also be leveraged for control, alongside a smartphone app. Or if you’d prefer to adjust temperature settings right from the thermostat itself, there’s a built-in touchscreen display.

9to5Mac also keeps tabs on all the best trade-in deals on iPhone, iPad, MacBook, Apple Watch, and more every month. Be sure to check out this month’s best trade-in deals when you decide it’s time to upgrade your device. Or, simply head over to our trade-in partner directly if you want to recycle, trade, or sell your used devices for cash and support 9to5Mac along the way!

Ecoflow River 370 Review: Charge up to 9 devices with this power station [Video]