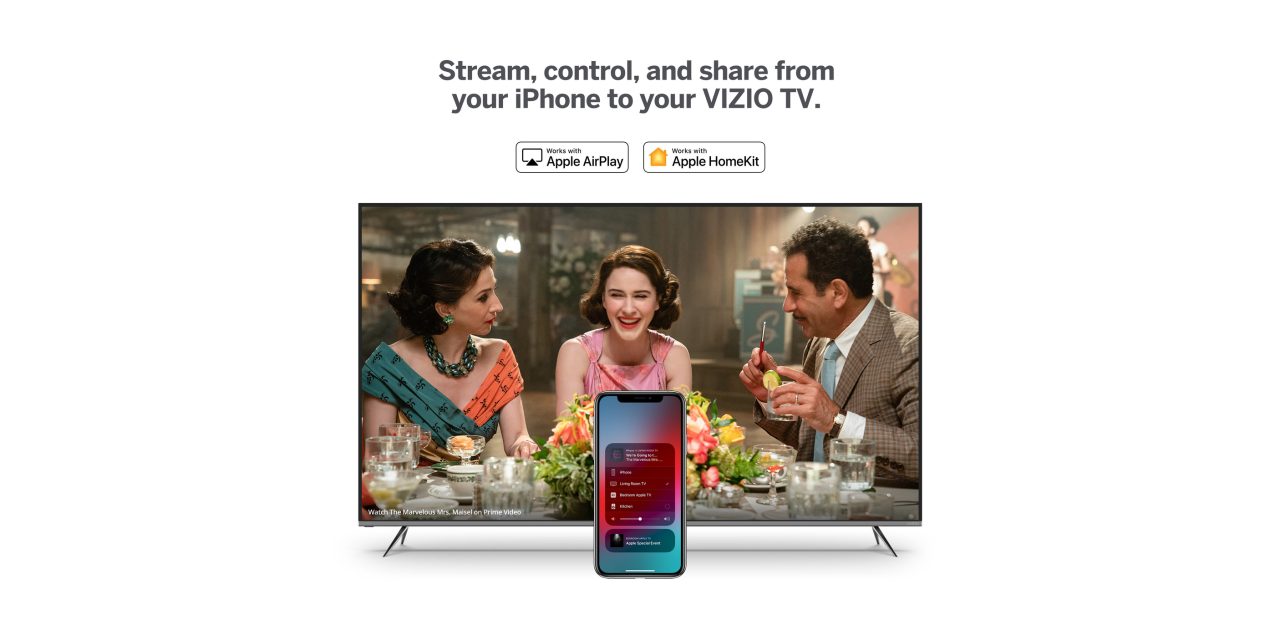 Vizio is today rolling out the firmware update for its SmartCast TVs, which enables AirPlay 2 streaming and HomeKit integration for Apple users.

The over-the-air SmartCast 3.0 software update is being released for TVs as far back as 2016. Vizio says the rollout is starting today and will come to new and existing SmartCast TVs over the next few months.

The TV will show up as an AirPlay target across nearby iOS and macOS devices, so it becomes super simple to beam photos, music or video to the TV screen. As of iOS 12.3, the Apple TV app can stream to the TV in up-to-4K resolution, with Dolby Vision HDR.

HomeKit integration means that Apple customers can add their TV to their Apple Home configuration and control the TV remotely. You can turn the TV on and off, adjust its volume and even change the active input.

These actions can be included in HomeKit scenes and automations too. So, a “Good Night” scene could include turning off the TV as well as your other HomeKit-enabled smart accessories, or a “Movie Night” scene could dim the lights and change the TV to the right input for watching a film.

With HomeKit and AirPlay 2 enabled, users can ask Siri on their phone to play content from the TV app on their named TV set, and have the phone automatically begin playing the content on the big screen.

The Vizio TVs will eventually get the Apple TV app too, along with other manufacturers. For now, the Apple TV app is available only on iOS devices, the Apple TV set-top box, and select Samsung TV sets. The TV app will come to the Mac this fall as part of macOS Catalina. LG began rolling out AirPlay 2 and HomeKit support for its line of TVs yesterday.