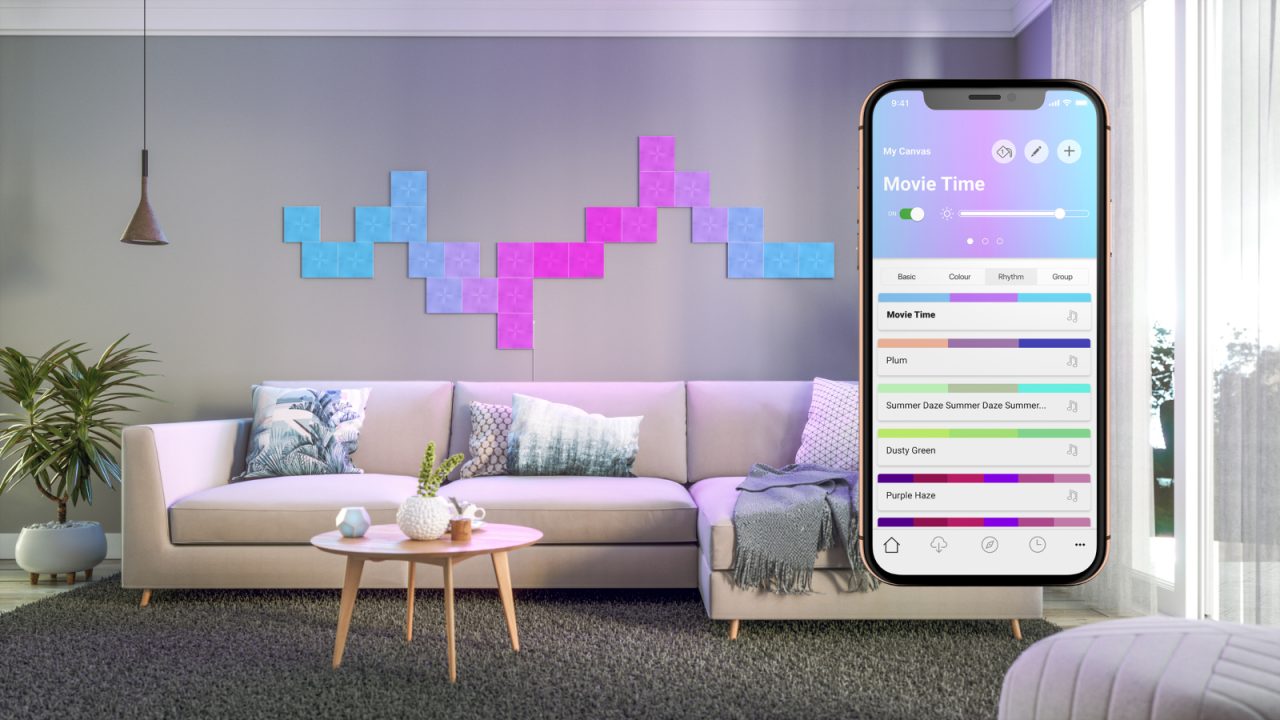 For readers looking to light up more than the tree this holiday season, Nanoleaf– the HomeKit smart lighting company– has released a ton of exclusive Black Friday deal bundles. 9to5Mac readers can save up to 50% off Nanoleaf bundles now. And if you know Nanoleaf, you know this a great deal for its award-winning ambient lighting kits.

Head below for more on Nanoleaf’s deal bundles and latest features.

Included in the sale, you can get 15%-30% off Nanoleaf’s square version of its modular HomeKit lighting panels, the Nanoleaf Canvas.

These don’t require a hub and include a touch input option for control that also allows for fun touch-enabled games on the squares, such as “Canvas Crush” and “Whack-a-Mole”. They offer more than 16 million colors, a music visualizer, and of course, can be controlled via your iPhone or Siri with built-in HomeKit support. Like the rest of Nanoleaf’s kits, these include the popular wireless bluetooth Nanoleaf Remote, and a secured screw mounting kit engineered for permanent placements or ceiling installations in the home or office.

These are available in bundles ranging from a 13-panel design suitable for small spaces, up to the 100-panel Hypnotic Splat design. If you’re looking for a gifting option, you can buy one 9-panel starter kit and get a second for 50% off (“The Square Gifter Pack”).

You can also get exceptional deals on the triangular Nanoleaf Light Panels, if this shape is more to your liking. Promotional bundles are available at 15% to 30% off the regular price. These too include more than 16 million colors and a Rhythm Module for Music Syncing.

You’ll find The Holiday Duo design kit in the sale (pictured above, right), which was created to make your holiday decorating a unique experience. The kit includes 36 panels in total (27 triangles for a fun Santa Hat, and 9 squares for a Candy Cane).

Gifter Pack BOGOs (9 Panel Starter Kits): Buy one, get the second 50% off

For gifting, you can also get a buy one, get one at 50% for the triangular light panels. Buy one of the 9 panel starter kits above for Nanoleaf Canvas or Nanoleaf Light Panels and get the second 50% off. These bundles are sold as The Triangle Gifter Pack and The Square Gifter Pack.

And for those heading to the mall on Black Friday, select Nanoleaf products are also available in your local Apple Store (but won’t be on sale in-store). The Black Friday sale ends December 2nd at 11:59pm. Nanoleaf’s shop ships from the USA, Canada, the UK, The Netherlands, Australia, or Hong Kong (depending on where you live). 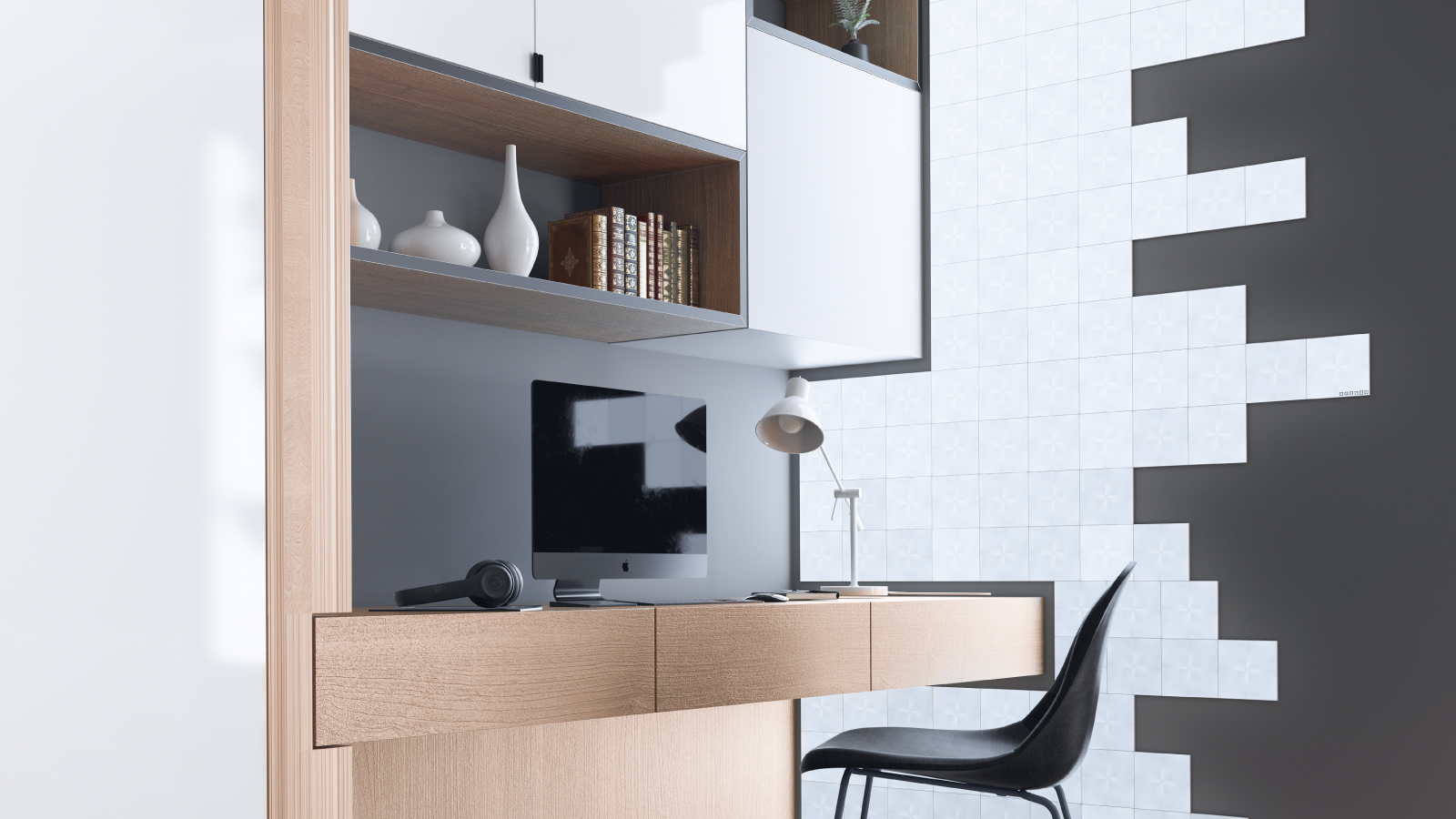 Nanoleaf has been a key innovator in smart lighting since 2016 and were early adopters of Apple’s HomeKit since the release of its visually-intriguing LED bulbs. Nanoleaf then followed up with its modern-looking, triangular Nanoleaf Light Panels. These panels allowed users to sync their custom lighting display to their music of choice. Users can activate Rhythm Mode and watch the lights dance to the beat. This is accomplished through a built-in audio sensor that turns any sound into color.

Nanoleaf wanted to introduce more interactive features, so it recently added two of its most popular features to date: Touch Actions (Nanoleaf Canvas only) and Screen Mirror. 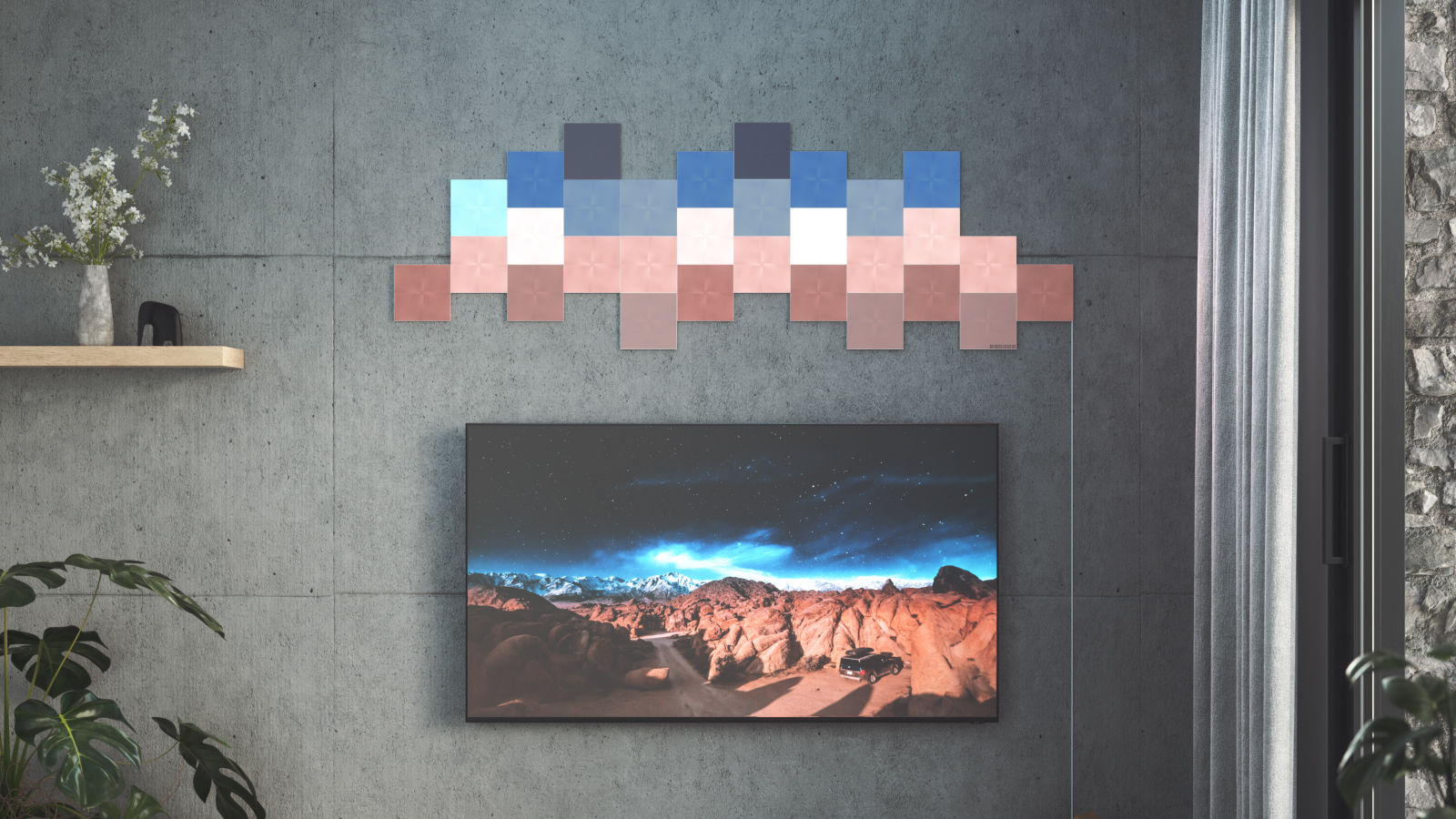 Using Touch Actions, users can ditch their phones for scene setting because of the Canvas squares’ ability to run fully customizable scenes through three ‘touch actions’. This in turn triggers desired actions on other HomeKit devices on your network. For example: Set your lights on a relax scene and have the rest of your smart lights at home dim simultaneously. Control all your third party HomeKit devices conveniently from your desk with a single, double, or extended touch of the Nanoleaf Canvas panels.

Using Screen Mirror, users can currently sync their monitors to any color-changing Nanoleaf smart lighting product. This allows Canvas to mirror the screen’s colors in realtime. This is great for gaming or watching movies, adding a lot more depth to your home entertainment experience. Right now owners can access this via Nanoleaf’s Desktop App for MacOS (or Windows). But given the popularity of the feature, it won’t be long before compatibility is extended to other devices.