Vectornator is a popular and free vector graphics app for iPhone and iPad that we’ve showed you before. Now, a million downloads on iOS later, the app is coming to Mac to bring the platform to all your Apple devices (except for Apple Watch of course) and it’s remaining free for all to download on Mac along with the iOS apps.

Check out our video hands-on with the new Vectornator for Mac app below:

Hands-on with Vectornator for Mac

If you’re not familiar with Vectornator from the previous iPhone and iPad versions, the app offers an extremely flexible workflow and all of the powerful tools you’ll might be used to with similar pro graphics apps. The difference is Vectornator offers everything for free.

Vectornator includes a solid set of vector tools for all types of design from branding, logos, websites, UIs, and apps, to architecture, but also has features like Artboards, Pen Tools, Auto Trace, Boolean Operations, and Blend modes that allow you to create designs you might normally need multiple apps for.

With the new Vectornator for Mac, developer Linearity is utilizing a unified codebase to ship all of the Vectornator new features across all platforms including iPhone, iPad and Mac.

That means not only can you pick up where you left, but you’ll also get the exact same feature-set no matter if you’re on your Mac or iOS device. That’s not particularly notable for iOS and Mac apps in general these days, but it is for a vector graphics app with complex illustrations capabilities when you compare it to the scaled back versions that other Mac graphics apps, like Photoshop and Illustrator, ship to iPhone and iPad. 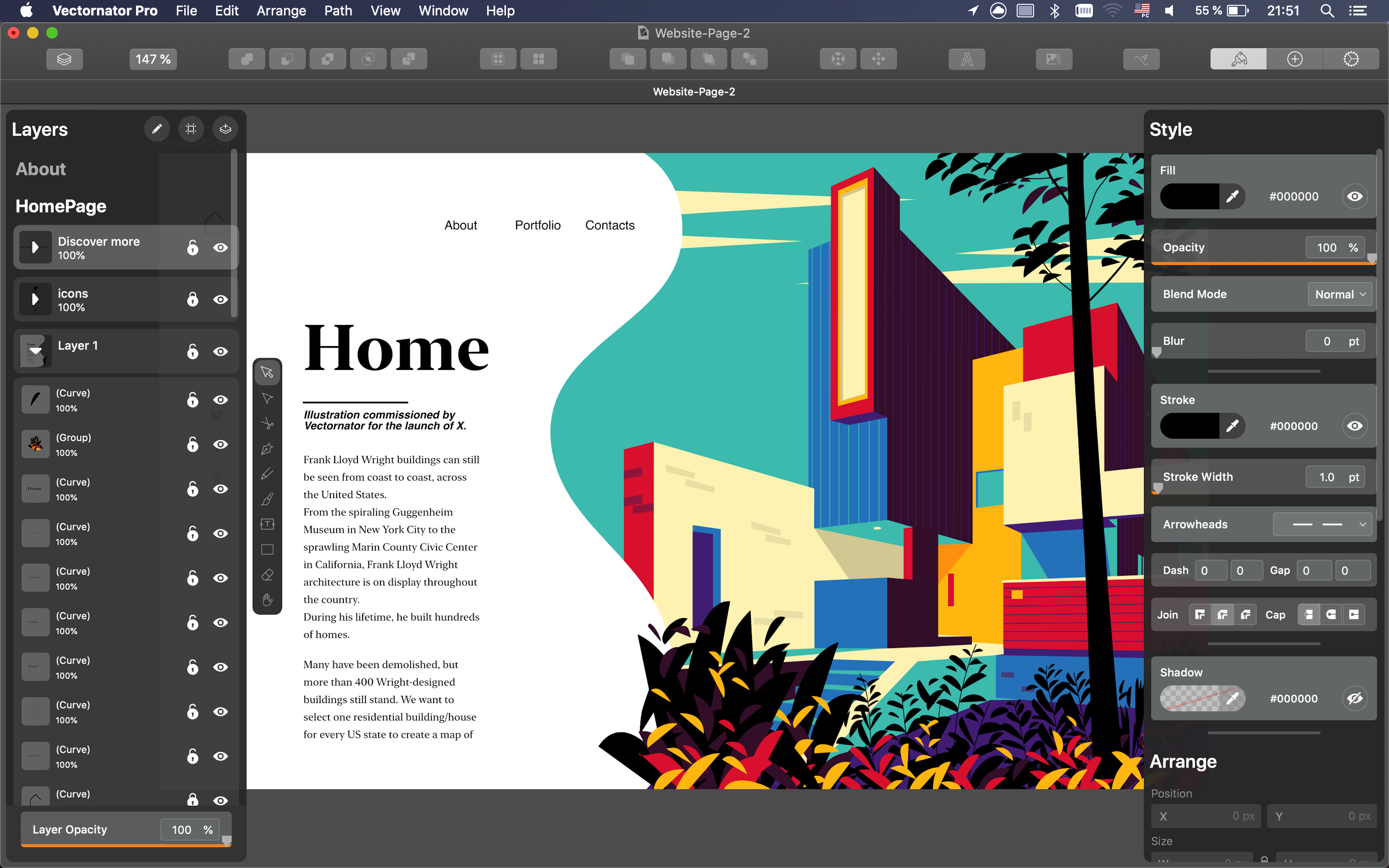 The new Vectornator is built-on a metal accelerated real-time rendering engine with 64Bit architecture that the developer notes allows it to offer speed that beats many of its competitors. “This lets you trace a complex image in seconds, while it may take several minutes in different Mac apps. You can have super large documents with hundreds of artboards, thousands of shapes and strokes and work completely lag-free.”

Coming soon to Vectornator, Linearity is planning on adding new real-time collaboration features that will work across macOS, iPadOS, and iOS.

You can download Vectornator for Mac for free from the Mac App Store now.