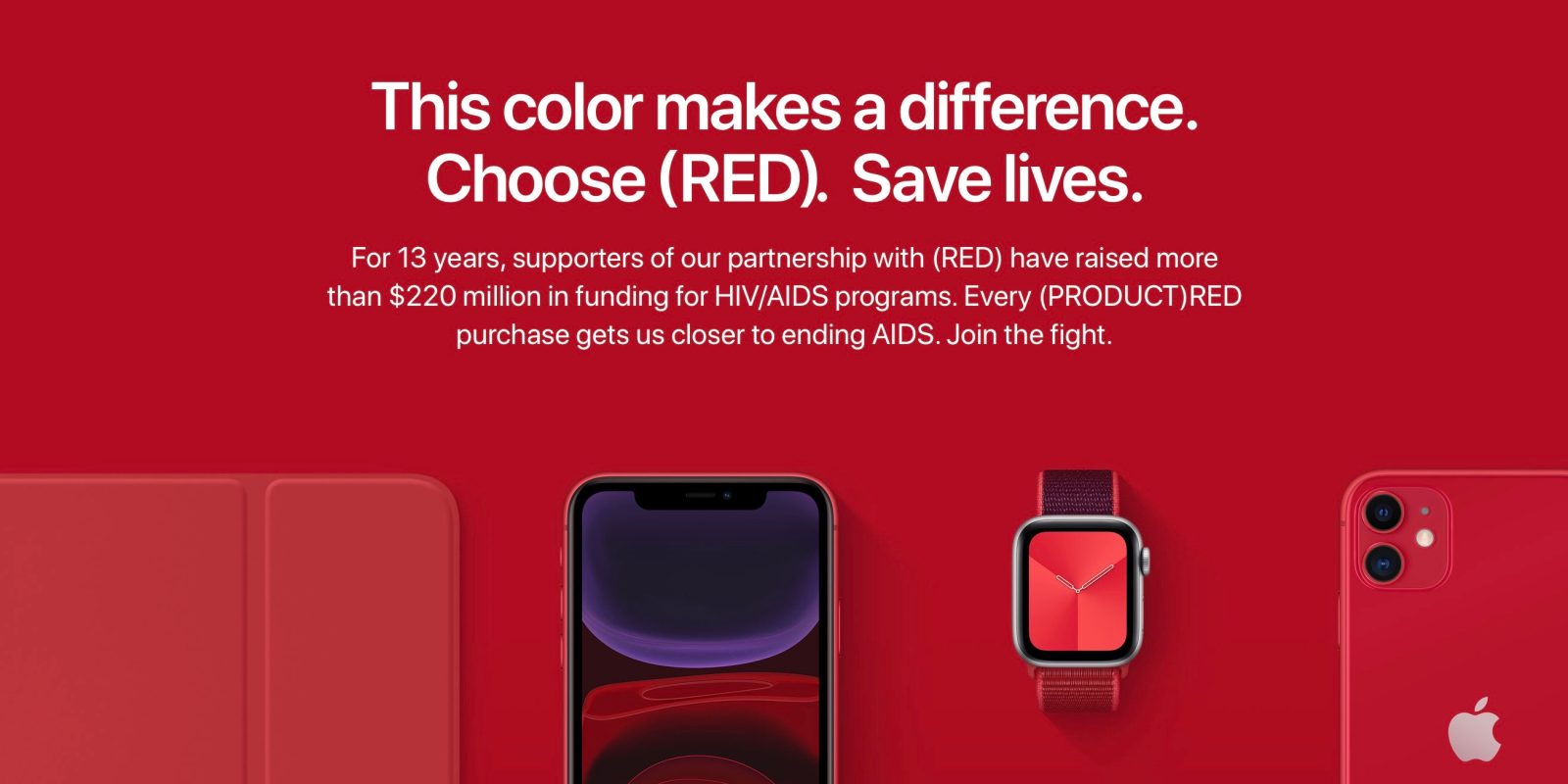 In honor of World AIDS day today, Tim Cook has taken to Twitter today to tout that Apple has donated $220 million to (RED). The work of (RED) means that “we can achieve an AIDS-free generation,” Cook explained.

Last year, Apple said that it had donated $200 million to (RED) over the years. That number has now risen to $220 million, making Apple the single largest contributor to (RED). Apple has been partnering with (RED) for 13 years, which means it has been involved nearly since the inception of (RED) in 2006.

For 13 years, supporters of our partnership with (RED) have raised more than $220 million in funding for HIV/AIDS programs. Every (PRODUCT)RED purchase gets us closer to ending AIDS. Join the fight.

Cook added that AIDS-related deaths have fallen by more than half since 2004, signaling the impact of the work that (RED) does around the world.

(RED) is an organization that harnesses the power of people and companies to fight AIDS. By partnering with the world’s most iconic brands, (RED) raises awareness and generates money for the Global Fund. 100% of the funds go toward HIV/AIDS programs on the ground in sub-Saharan Africa.

Apple is taking action on World AIDS day in several ways. For one, the company has turned Apple Store logos red around the world, as we highlighted last week. Furthermore, Apple is donating $1 for every Apple Pay purchase made at Apple Stores, on Apple․com, and in the Apple Store app to (RED).

This #WorldAIDSDay we mark our 13th year partnering with @RED to fight AIDS in Africa. Since 2006, our customers have helped us raise $220M. AIDS-related deaths have fallen by more than half since 2004. Together we can achieve an AIDS-free generation. https://t.co/h4wnIDGAmq