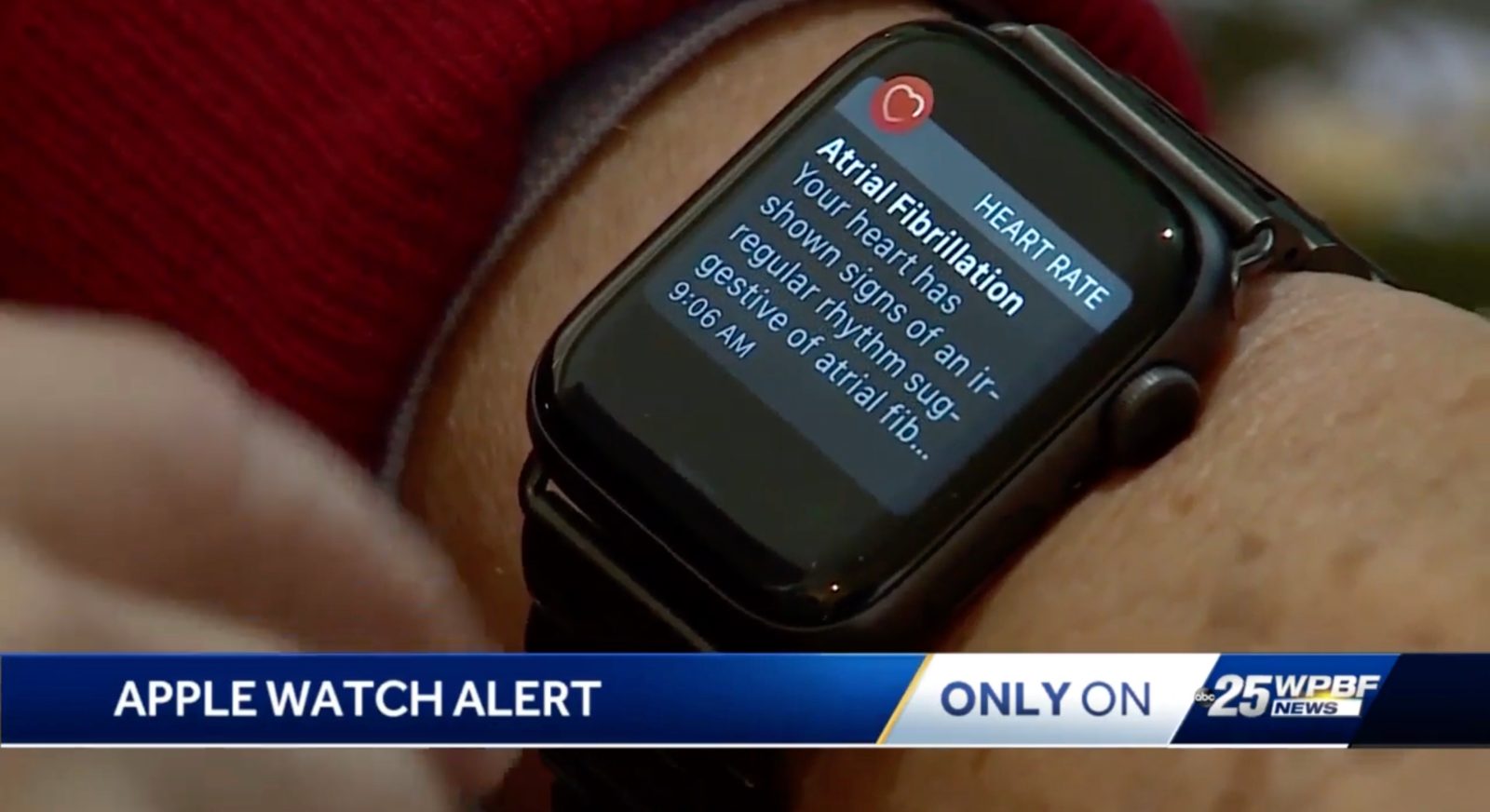 Today brings yet another story of the Apple Watch helping save someone’s life. ABC News tells the story of Roy Robinson, a 74-year-old man from Lake Worth, Florida whose Apple Watch alerted him to potential atrial fibrillation.

Robinson was visiting his family in Baltimore for the holidays last week. He and his wife Dale went to visit their granddaughter at school, which involved climbing several flights of stairs. When they reached the third floor, Roy was feeling especially out of breath, something that’s unusual for him:

Robinson’s wife, Dale Robinson, knew something was off when they visited their granddaughter at school. “She wanted to show us her classroom, so he went up to the third floor, and he was out of breath when he got there which is very unlike him.

Around that same time, Roy got an alert from his Apple Watch that said it had detected potential atrial fibrillation. Roy had “no idea” what AFib was, but his son pushed him to go to the emergency room after the Apple Watch sent multiple alerts.

“So I rested and didn’t think anything of it, and later that afternoon, the watch started beeping probably about once an hour, saying, ‘You’re in A-fib,’ and I had no idea what A-fib was.” So he did what many of us do: He Googled it. “The first thing we did was finish our Thanksgiving dinner. We’ve gotta get our priorities right. And after dinner, my son said, ‘You’re going to the hospital.’

When they showed up at the hospital, Roy told the nurses that he was there simply because “my watch told me I was in AFib.” He was then hooked up to an EKG and later admitted to the hospital.

“I had a parade of doctors and interns and residents and nurses. Half of them came in and said, ‘I want to see the guy who was saved by the Apple Watch.’ I think I was a mini-celebrity in the hospital.”

Ultimately, Roy doesn’t know if the Apple Watch saved his life, “but it sure as hell helped.” And the best part of the situation, according to Roy? Apple CEO Tim Cook even reached out to wish him well after the health scare.