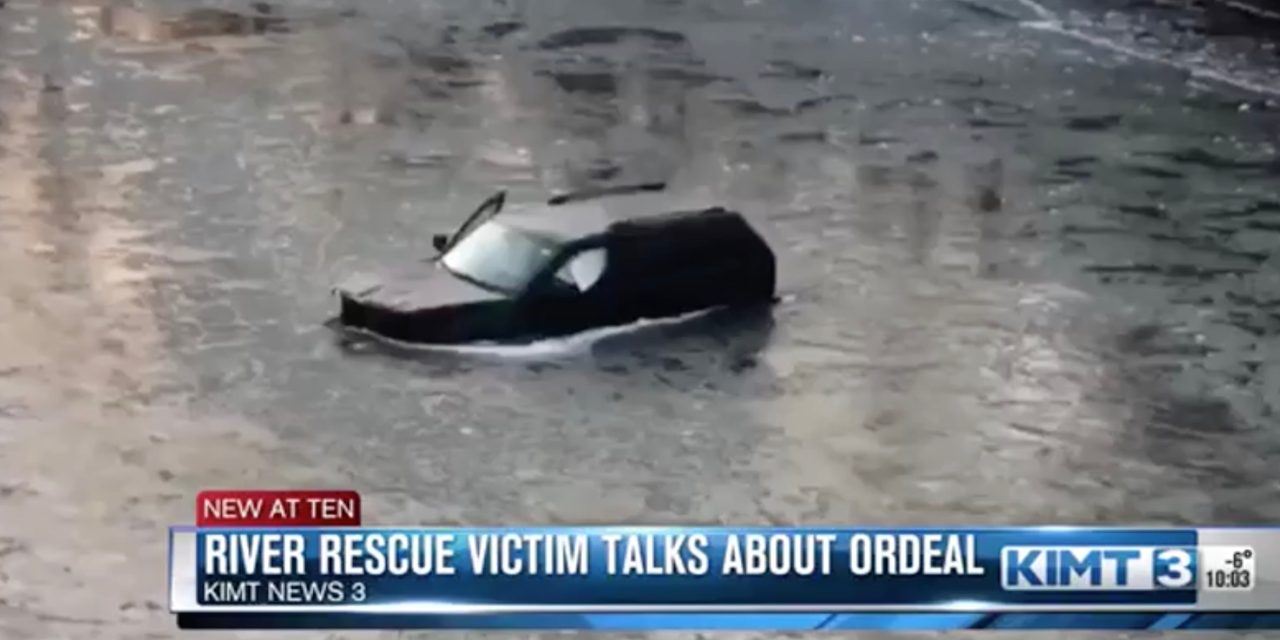 We often hear stories of Apple Watch playing a role in saving someone’s life, but this time it was Siri on iPhone. KIMT News in Iowa tells the story of Gael Salcedo, an 18-year-old who was on his way to classes at North Iowa Area Community College when he hit a patch of ice on the road.

When Gael hit the ice, his Jeep slid off the road and plunged into the Winnebago River. He explains the harrowing experience:

“I turned to the right and from there, everything just went blurry. I didn’t know where I was going and then I just didn’t know what to do. I was just thinking in my head ‘I think I’m going to die,'” he said.

When Gael realized it was in the river, he “quickly rolled down the window” so his Jeep didn’t sink, but he had to figure out a way to contact emergency services as well. That’s when he got the idea to use Siri. He had lost his iPhone in the crash, but he knew it had to be somewhere closely – so he took advantage of “Hey Siri” support.

He said, “I lost my phone and since I couldn’t find it, I was like ‘Hey Siri, call 911.’ And once Siri called, that’s when I found my phone finally.”

Siri was successfully able to reach emergency services, allowing Gael to share his current location and situation with authorities. Once the first responders arrive, the situation was getting worse as water levels increased.

The firefighters on scene told Gael that he had to walk out of the river, as there was no other available option. Gael did just that and was then taken to MercyOne North Iowa Hospital, where he was treated for shock and released a few hours later.

This is one of the more unique stories we’ve heard in regards to an Apple product playing a crucial role for a user. It’s incredibly impressive that Siri was able to respond to Gael’s commands, even as he was stranded in the Winnebago River.

Read more stories like this in our full Apple Health guide.