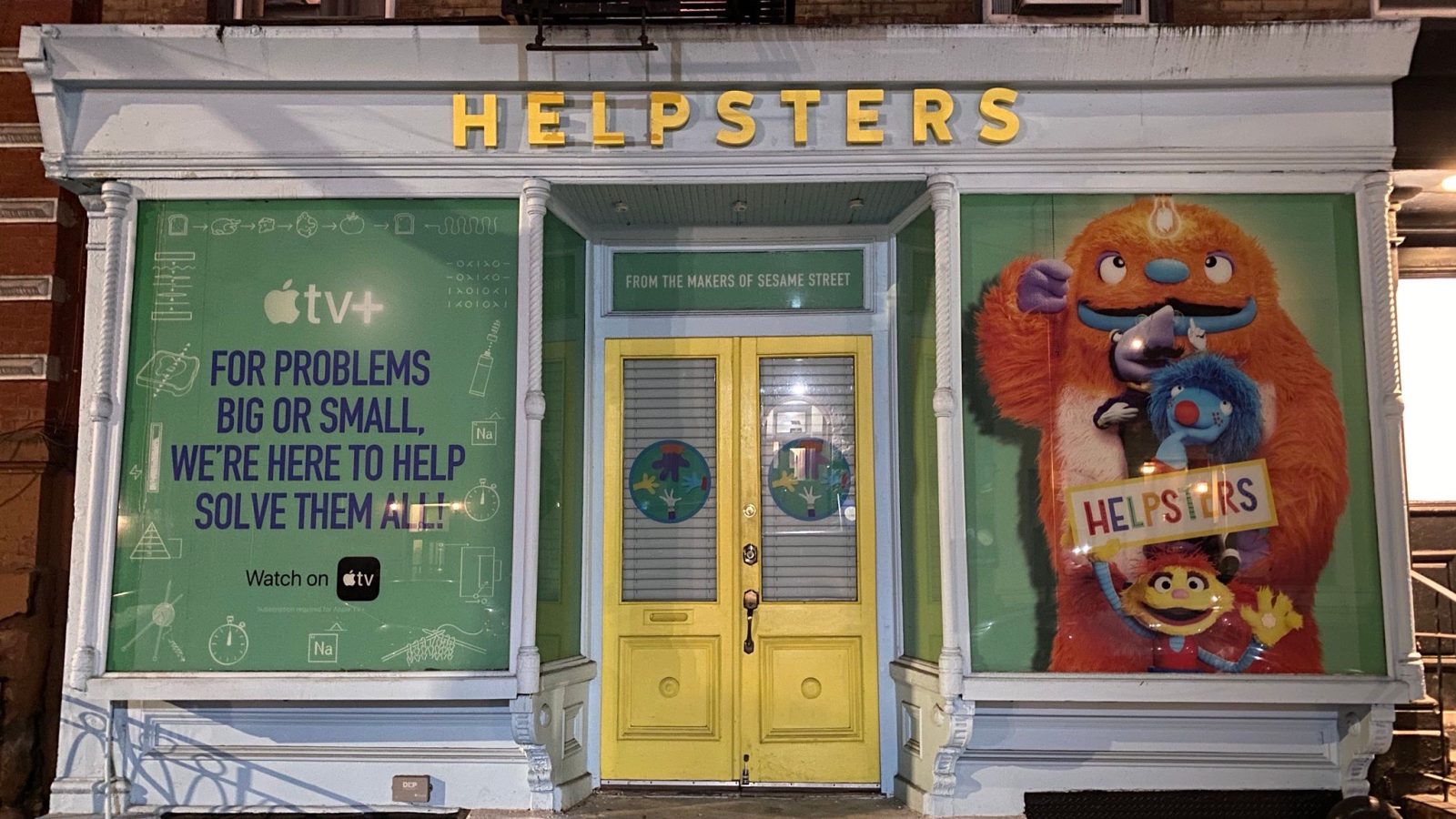 Apple is continuing to expand the reach of its Apple TV+ content. In addition to various book partnerships, Apple is also opening a pop-up in New York to promote its “Helpsters” live-action puppet series. Update: This is actually the set and filming location for the show.

This was spotted by Parker Ortolani on Twitter. The pop-up, located at 220 W 16 St, is free of Apple branding aside from a “Watch on Apple TV” badge on the window. The window displays showcase the characters from the show with the tagline “Four problems, big or small, we’re here to help solve them.”

“Helpsters” is an Apple TV+ original series from the makers of “Sesame Street.” It’s a live-action puppet series starring “Cody and the Helpsters,” designed to teach the fundamentals of problem solving and coding. Here’s how Apple describes the series:

“Helpsters” is a new live-action pre-school series from the makers of “Sesame Street.” Cody and the Helpsters are a team of vibrant monsters who love to solve problems. Whether it’s planning a party, climbing a mountain or mastering a magic trick, the Helpsters can figure anything out — because everything starts with a plan.

Given the show’s focus on problem solving and coding, it’s likely that the Helpsters pop-up focuses on giving children hands-on time to solve real-world problems. Whether Apple has pop-ups planned for other locations (or other Apple TV+ shows) is unknown at this point. We’ll update this post as we learn more about Apple’s plans for the “Helpsters” pop-up, as well.

Earlier this morning, we reported on how Apple TV+ is extending to book partnerships and tie-ins. For instance, the Sesame Workshop has released a series of books to coincide with the “Ghostwriter” Apple TV+ series. Other books that have been adapted into TV+ shows, such as “Are You Sleeping,” have also been rebranded to match the TV+ naming (“Truth Be Told”).

So far, Apple has announced one season consisting of 26 episodes for “Helpsters.” Six episodes are currently available to watch on Apple TV+. You can read our full guide with all of the Apple TV+ details here.