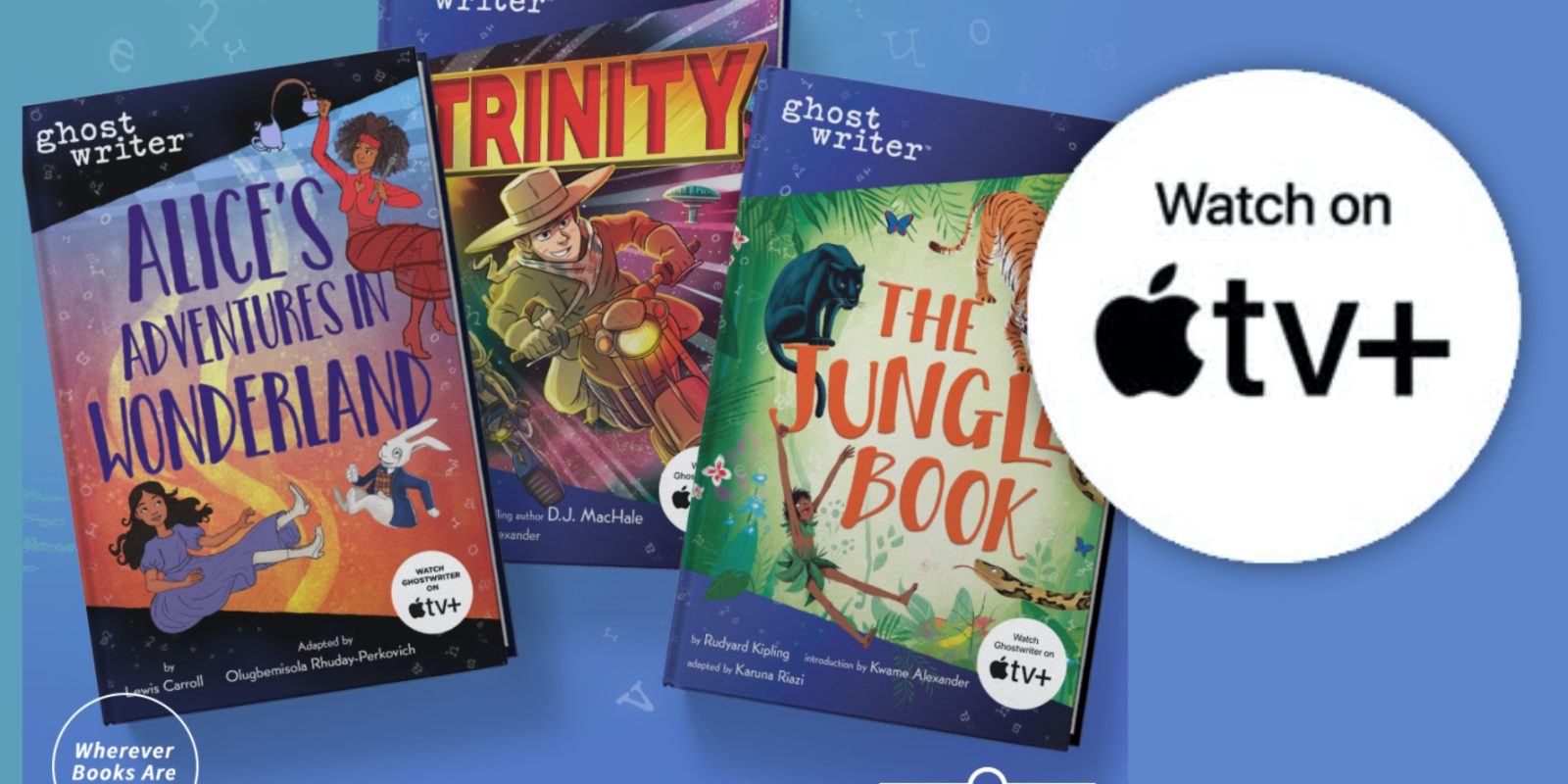 Apple TV+ is expanding its franchises beyond the raw TV episodes of the shows.

Sesame Workshop is now releasing books to coincide with the Ghostwriter Apple TV+ series. Ghostwriter-branded versions of Alice in Wonderland and The Jungle Book are out now. The cover of each book features prominent branding including a ‘Watch Ghostwriter on Apple TV+’ sticker.

In addition to classics, Ghostwriter features some narratives centering around new original stories like Trinity, which will be published by Sesame Workshop for the first time at the end of December.

Aimed at ages 6-11, the books include vocabulary guides, puzzles, and other reading games alongside the actual story text. More books will be released in sync with the ongoing happenings in the TV+ series.

So far, Apple released seven episodes of the show all at once on November 1st. It’s not yet clear when new episodes are coming out as — unlike its adult dramas — the TV+ kids content is not dropping new episodes on a regular weekly schedule.

And this is not the first time we have seen Apple TV+ book tie-ins. The Apple TV+ series Truth Be Told was based on a published book called “Are You Sleeping”. Alongside the launch of the show, the book has been rebranded with a title to match the show’s name and is also now adorned with the ‘Watch on TV+’ sticker.

The plot of The Morning Show is built on concepts explored in a book called Top of the Morning by Brian Stelter. Whilst it does not bear the same white and black TV+ sticker, the cover has been updated with a callout noting the Apple TV+ show was inspired by the book.

On a related note, Apple TV+ includes a show directly about featuring books: Oprah’s Book Club. For Oprah’s picks, those books are also getting indirect Apple TV promotion with the addition of ‘Oprah’s Book Club’ seals.