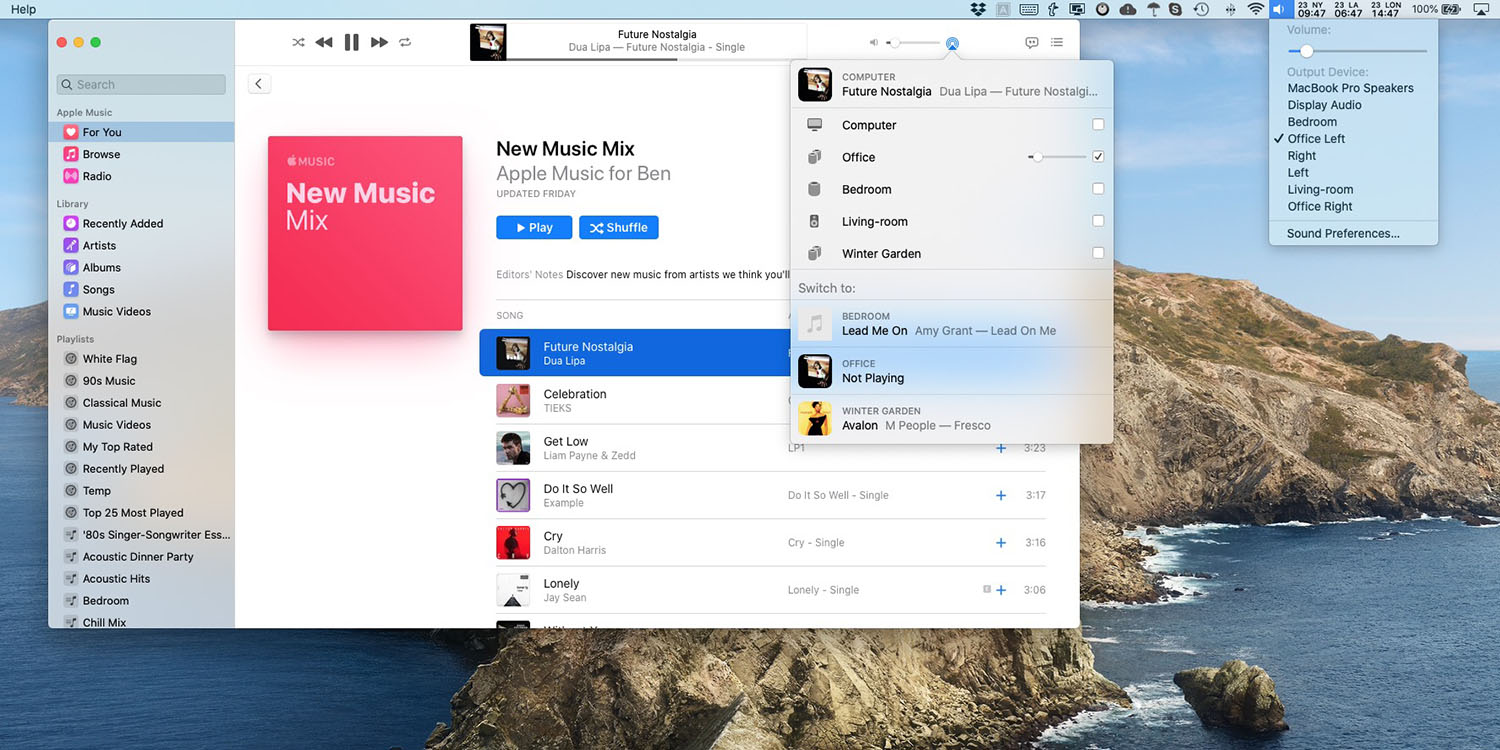 I can’t believe I actually have to ask Apple to add stereo-paired HomePods as a Mac sound output device! It’s the most ridiculous Feature Request yet, because it’s absolutely nuts that this isn’t already built into macOS — especially that it isn’t baked into Catalina.

Not so the Mac itself, however…

I can output Mac sound to Office Left or Office Right, but not to the stereo pair.

So I have the utterly ridiculous situation of having a pair of HomePods on my desk but not being able to use them with my Mac unless it’s through an app that recognizes stereo pairs.

iTunes, Music, Podcasts, and Apple TV apps are all good. Those each have their own sound output controls, and will recognize any AirPlay device, including stereo-paired HomePods.

Spotify is slightly messier: Unless wireless speakers have explicit Spotify support, the Mac app won’t see them. However, the iPhone app does (under More Devices), and if I start playback there, I can then use the Mac app as a remote control for the iPhone app.

But YouTube, Netflix, or any other website? Nope: All I can do is select one of the two speakers.

We first noted this limitation shortly after AirPlay 2 was launched, in June of last year. Some 18 months and one major macOS version later, the position is unchanged.

This is, frankly, embarrassing. Apple, please sort it out.

By the way, yes, stereo-paired HomePods are overkill as Mac speakers. The reason I have them is that my office is a rather multi-functional room. Office in the day, guest-room overnight (thanks to folding bed), and sometime dance-practice room. When we have friends round to practice, I want to play the same music in living room and office. There are other AirPlay 2 speakers, of course, but stereo-paired HomePods have impressed me enough to get a pair of refurbs for the office.

Do you agree with me this is a ridiculous omission? Or is what I’m doing an edge case? Please take our poll and share your thoughts in the comments.