We’ve known since 2018 that a new Brydge iPad keyboard with trackpad was on the way. The company advised us in October of last year that it had working prototypes of both the 11-inch and 12.9-inch versions.

The company gave us only a glimpse of the new device at the time, but it has now revealed the price and rough timing…

Our best selling keyboard just got better. Now with an integrated trackpad. Take your iPad to the next level.

Taking the same award winning design, the Brydge Pro+ includes an oversized trackpad that is optimized to make the most out of iPadOS’s Assistive Touch features.

Available for the 12.9-inch and 11-inch iPad Pro models. Launching in Space Gray. Beautifully engineered from machined aluminum to match in design, quality, and color of the iPad Pro.

The Brydge Pro+ has been designed to bring a better experience to the iPad Pro. We’ve created hardware that maximizes the current functionality within iPadOS, and as accessibility features evolve and improve, the user experience will become more intuitive.

LED Backlit keys that provide the ultimate typing experience in low to no light conditions. 3 levels of back light to meet your visibility demands. A feature that comes in very handy when you need it most.

Multi-tasking is made easy:

Pre-orders aren’t yet open, but you can register for an alert on the company’s website.

In addition to the Pro+, Brydge is also offering a standalone iOS trackpad. Like Apple’s Mac one, it is glass multi-touch, and cites a three-month battery life. No pricing or availability information has yet been released.

Don’t get too excited, however. I got the chance to play with an example from a rival company that withdrew its product from sale after Brydge sued it for patent infringement, and I was far less impressed than I’d expected.

Check out more photos of the Brydge iPad keyboard with trackpad below. 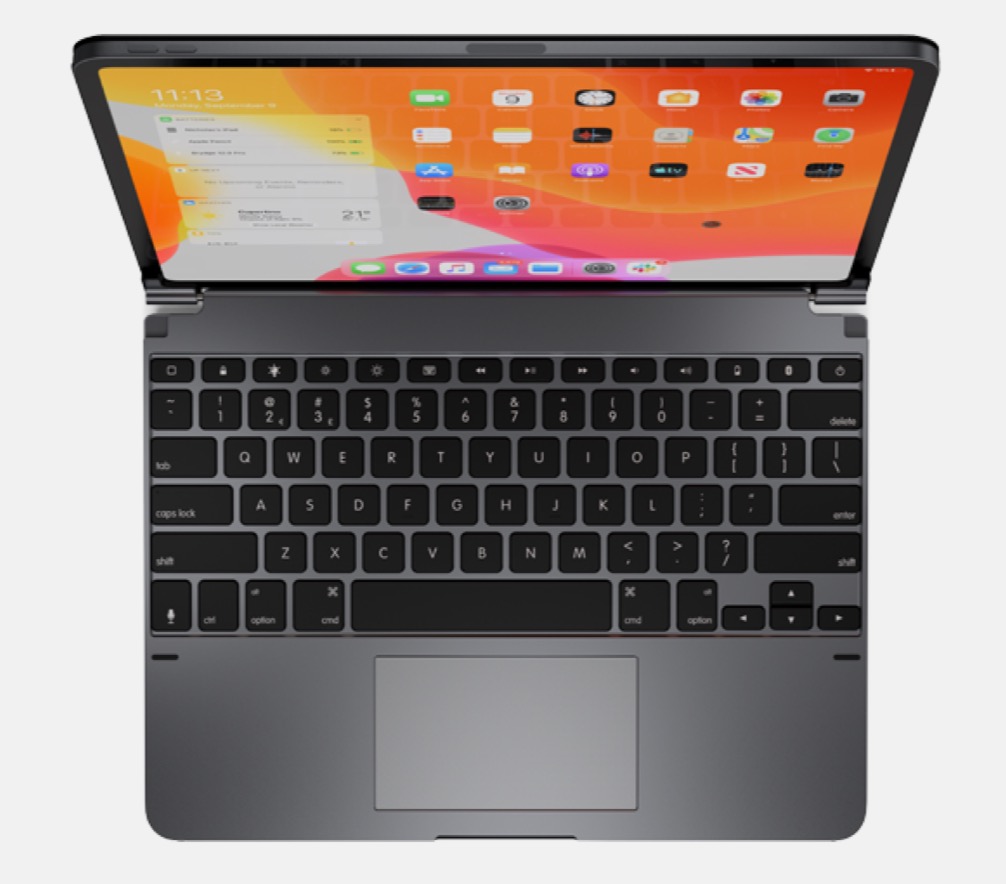 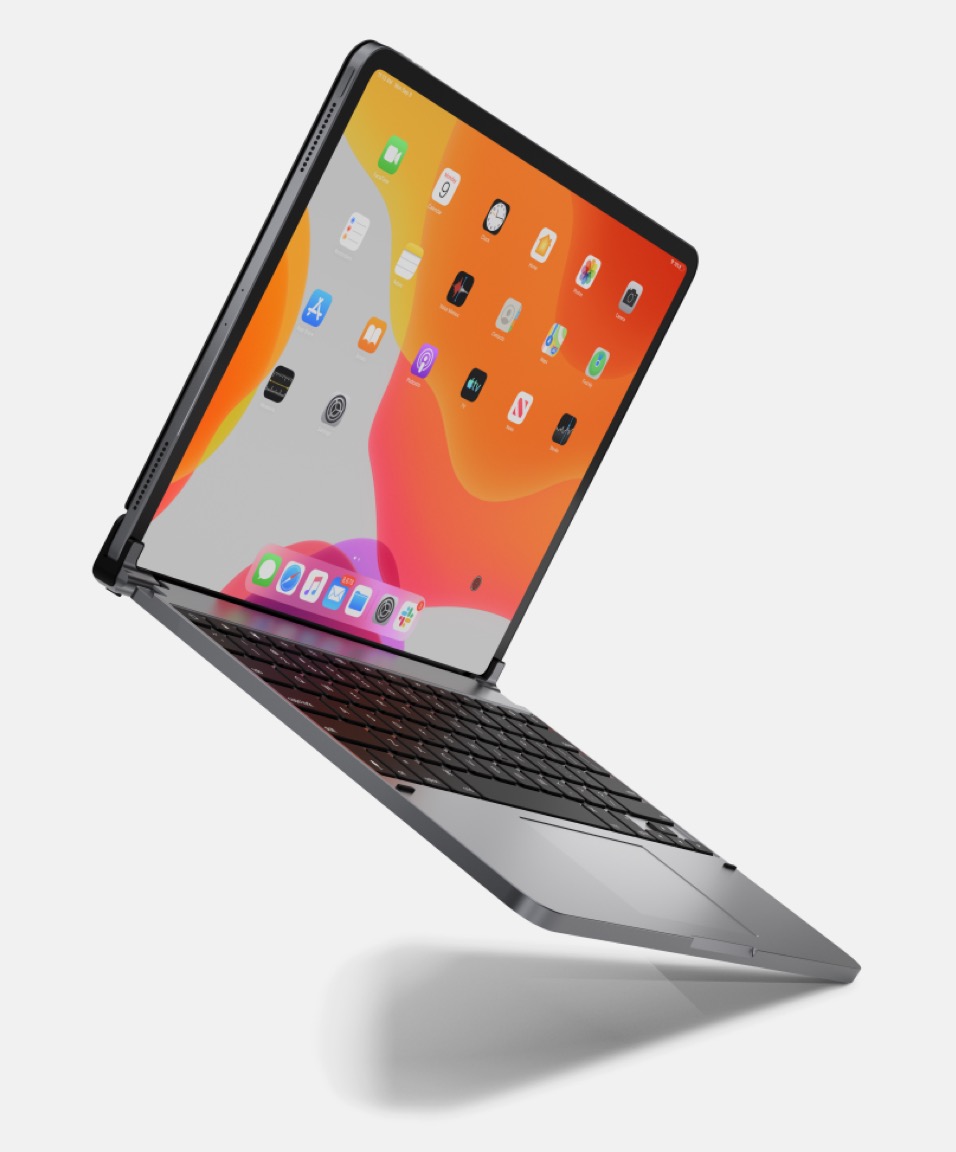