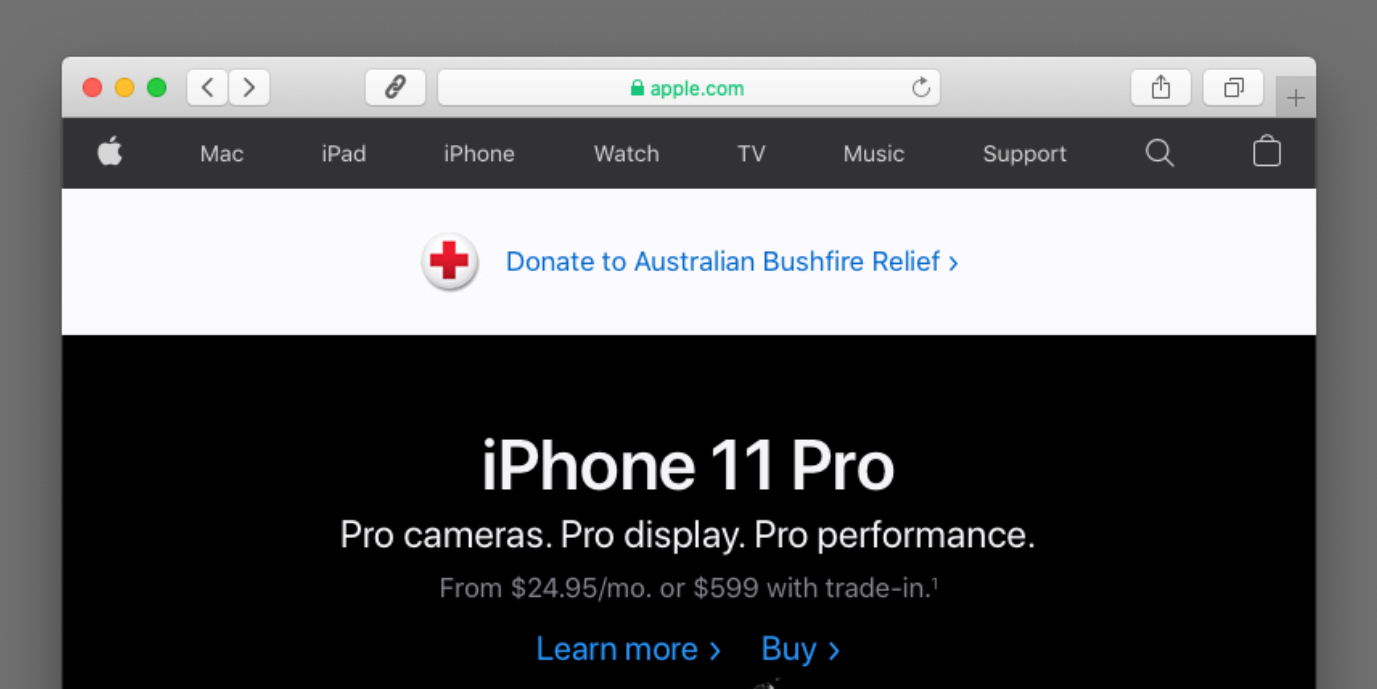 Apple is launching a donation campaign to help with efforts in Australia to fight back the devastating bushfires. Once again, Apple is partnering with the Red Cross.

Customers can make Red Cross donations simply through the iTunes and App Store, using their associated payment method. Apple does not collect any commission or processing fees, 100% of donations go to the charity.

The in-app charity screen makes it easy for Apple users to donate $5-$200 to the Red Cross charity.

The home screen banners were added overnight for United States customers on Apple.com and Australian customers at Apple.com/au. Banners have also been added to the respective App Stores.

In December, Apple CEO Tim Cook announced on Twitter that the company itself would be making a donation to the relief efforts. Now, Apple is broadening the net and making it easy for the users of its 1.4 billion active devices to contribute.

Our hearts are with those impacted by the Australian bushfires and with the courageous volunteer force fighting the unprecedented blazes across the country—please stay safe. Apple will be donating to support relief efforts.

Apple does not share personal data with the charity for donations made through the iTunes Store process.