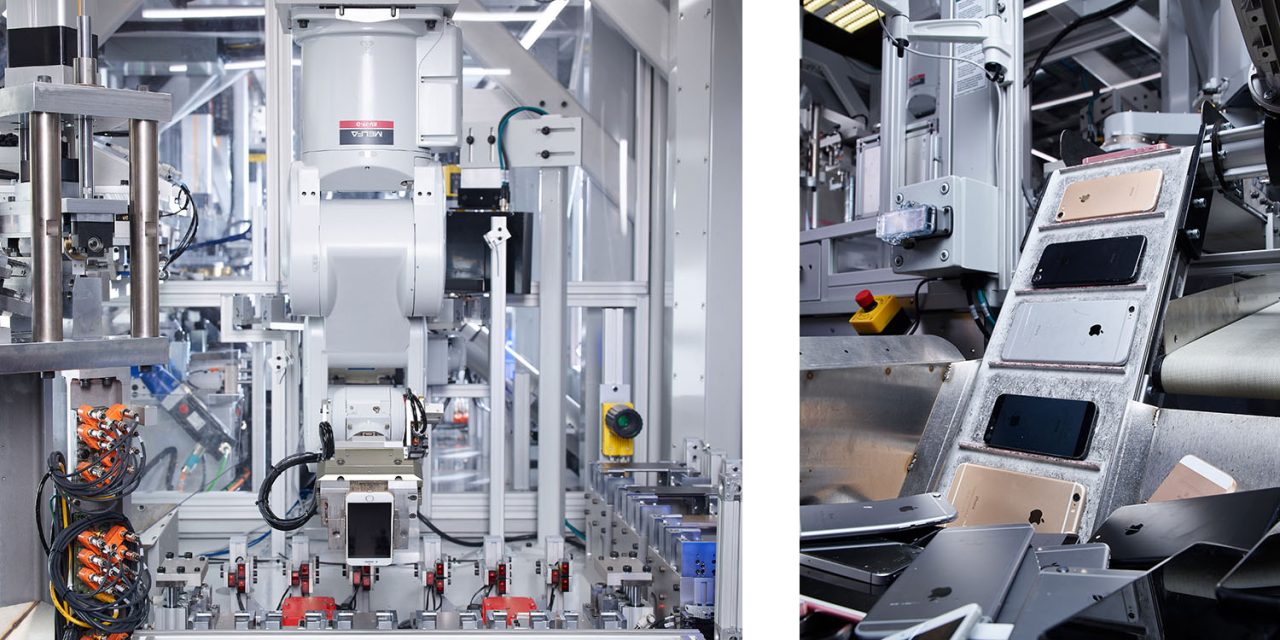 Apple debuted its iPhone disassembly robot Daisy in 2018 as a way to efficiently reclaim valuable materials stored inside iPhones. The company is also working towards fulfilling its promise to stop mining the earth and build all products from recycled materials. In a new interview with Reuters, Apple’s VP of environment, policy and social initiatives Lisa Jackson offered an update on the company’s work in these areas.

Currently, Daisy focuses on disassembly of the iPhone, and that was a conscious choice, according to Jackson. Because of the sheer popularity and unit sales of the iPhone, Daisy can make the biggest difference stripping materials from it rather than other Apple products, Jackson explained.

Daisy, less than 20 yards in length, uses a four-step process to remove an iPhone’s battery with a blast of -80 Celsius (-176 Fahrenheit) degree air, and then pop out screws and modules, including the haptic monitor that makes a phone vibrate.

The components are then sent off to recyclers for the minerals to be extracted and refined. Daisy can tear apart 200 iPhones per hour. In 2017, the robot in Austin processed 1 million iPhones, Apple said.

The Reuters report adds that Apple is considering sharing the Daisy technology with other companies and industries, including electric carmakers. Whether or not this happens remains to be seen, but it’s an interesting proposition that could help emphasize Apple’s focus on sustainability and recyclability.

In addition to Daisy, Apple is in the midst of its efforts to stop mining the earth and build all new products from recycled materials. This is a goal that comes with multiple challenges, and Apple has admitted that it doesn’t entirely know how it will successfully pull it off.

Jackson emphasized to Reuters that Apple isn’t competing with companies who mine:

“We’re not necessarily competing with the folks who mine,” said Apple’s Jackson, who ran the U.S. Environmental Protection Agency under President Barack Obama. “There’s nothing for miners to fear in this development.”

Executives in the mining industry added that not everyone will be able to follow Apple’s example, and some skeptics pointed that it might not even be possible for Apple. “There’s this ego that believes they can get all their minerals back, and it’s not possible,” said Kyle Wiens, CEO of iFixit, said.