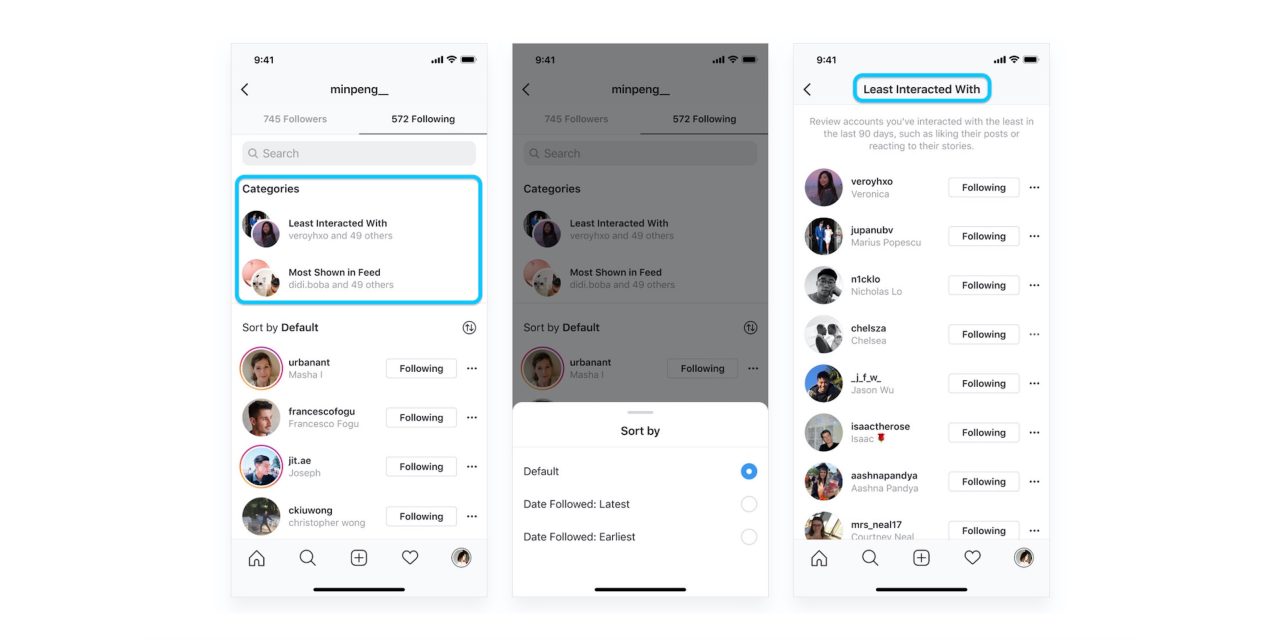 Instagram is rolling out a server-side update that brings new ways to filter the accounts you follow. You can now see who you’ve interacted with the least as well as who is showing up in your feed the most. There’s also a new filter to see accounts based on when you started following them.

Instagram announced the news on Twitter (via The Verge). It’s similar to how iPhone shows you which apps you’ve used the most in settings but with people you follow on the social media platform.

Whether you’re thinking of unfollowing or muting some accounts or just curious about who is showing up in your feed the most or who you’ve been in touch with the least, it’s a useful feature.

When calculating the accounts for these new categories, Instagram looks at the last 90 days of activity.

The update is rolling out now, to see if you have it:

As shown in the top image above (via The Verge) you can now sort accounts by when you started following them. Tap the up/down arrow button next to “Sort by” to change the filter.

Want to see which Instagram accounts show up in your feed the most and who you interact with the least? Now you can! Just tap “Following” and manage your list from there. pic.twitter.com/eKFOBCdutr